Today, in the midst of what has been termed the “Sixth Great Extinction” by many in the scientific community, humans are contributing to dizzying rates of species loss and ecosystem changes. A new analysis published in Science refutes the value of common conservation measures, such as establishing protected areas, to preserve ecosystem integrity in the long term. It suggests the time may have come to start widely applying intensive, controversial methods currently used only as “last resort” strategies to save the word’s most imperiled species.

Since the Cretaceous-Paleogene extinction event occurred 65 million years ago, wiping out the dinosaurs along with 75 percent of all other plant and animal species on the planet, the earth has rebounded at an overall rate of species evolution that exceeded species extinction. That is, until humans began spreading around the globe. While prehistoric anthropogenic extinction is still something of a contentious subject, studies are increasingly pointing the finger of blame at humans for the demise of many of the world’s large animal species. For example, 15 North American megafauna genera such as the giant beaver (Castoroides species) and huge armadillo-like glyptodonts became extinct between 11,500 and 10,000 years ago – closely correlating to the arrival of humans on the continent. 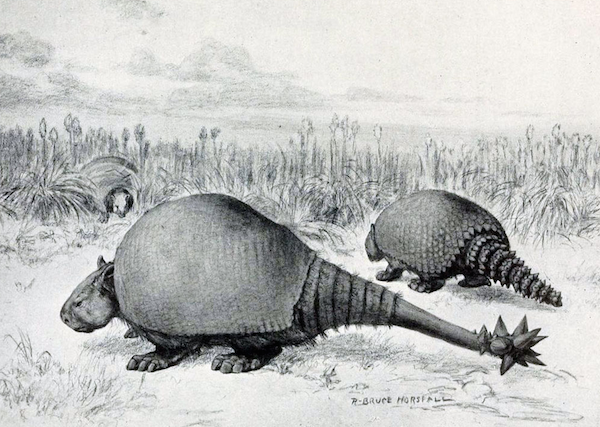 Glyptodonts once roamed North America. They were the size of cars and were related to armadillos.

Australia had its own menagerie of megafauna – giant marsupials like the lion-size carnivore Thylacoleo carnifex and the rhino-like Zygomaturus diahotensis. Like the North American event, evidence correlates the extinctions of these species to the arrival of humans on the continent around 50,000 years ago.

Currently, species are disappearing at a rate estimated to be 1,000 to 10,000 times faster than the fossil record indicates for any time in history since the extinction event that took out the dinosaurs. According to the IUCN, nearly one in four mammals and one in eight birds is threatened with extinction within the next several decades. Plants are less well studied, but also appear to be disappearing as their pollinators vanish and their habitats change. One of the most swiftly declining groups is the amphibians; the IUCN currently lists 486 species as Critically Endangered, with 32 percent globally threatened.

The causes for these declines are many and varied, but human impact is often found at the root of the problem. With the world’s forests felled at a rate of approximately 50,000 hectares every day – an area roughly 10 times the size of the island of Bermuda – wildlife habitat is swiftly disappearing. Much of the deforestation is occurring in species-rich places like Indonesia, where trees are being cleared at a fast clip to make way for oil palm plantations. Global warming, fueled by human-caused greenhouse gas emissions, is changing climates in many areas of the world, making them inhospitable to the species that evolved to live in different conditions. For instance, an increase in droughts in Panama seems to be changing the composition of its forests. Habitat degradation, pollution, ozone depletion, and human-spread disease are all taking their toll on frogs around the world. 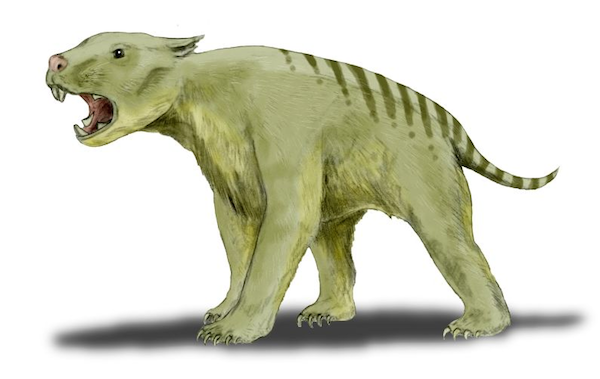 To hold-off extinctions and preserve habitat, the traditional conservation mindset involves keeping the wild as wild as possible. However, as human populations grow, the authors of the report suggest this will become increasingly more difficult. Even reintroductions of species once native to an area can be problematic and generally have low rates of success.

“Also, such reintroductions are often biased towards ‘charismatic’ animals, such as large mammals, regardless of how endangered they are compared to other species,” said coauthor Philip Seddon of the University of Otago in New Zealand.

Many plants need their seeds to be spread by certain animals. If those animals disappear, then the plants may become disadvantaged and may themselves disappear – along with any other species that depend on them. A previous study found that this appears to be contributing to forest changes in Panama, where wind-dispersed plants such as lianas are becoming more numerous than those that are animal-dispersed.

Seddon and his colleagues instead suggest a more holistic approach, where species are introduced to an area based on their ability to serve an ecological role – for instance, as seed-spreaders.

“Examples include the release of exotic species of giant tortoise to restore the grazing functions and seed dispersal lost through tortoise extinctions on islands in the Indian Ocean,” he said. 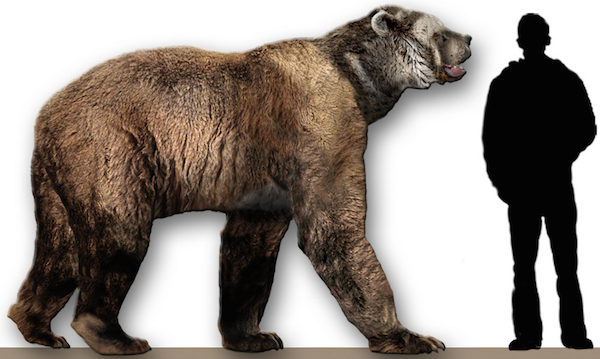 Short-faced bears (Arctodus simus) were larger than grizzlies and were once common in California. They became extinct around the time humans began spreading throughout North America. By Dantheman9758.

These types of introductions, collectively called “conservation introductions,” include the relocation of species to places outside their historical range if they are severely threatened.

“Examples of this include moving native birds, such as kakapo to predator-free offshore islands to protect them from exotic predators in mainland habitat,” Seddon said. “Other such efforts include establishing a facial cancer-free colony of Tasmanian Devils on Maria Island off the coast of Tasmania.”

Kakapos (Strigops habroptila) are flightless, nocturnal parrots native to New Zealand. Introduced mammals decimated the species, and it is currently critically endangered, with just 126 left in existence as of March, 2014. To save the the kakapo, all remaining individuals were moved off the mainland to three predator-free offshore islands, where they are closely monitored.

Tasmanian devils (Sarcophilus harrisii) are marsupial predators that once lived on Australia. However, fossil records indicate they vanished from the mainland, possibly due to expansion of humans and introduced dingoes. Relegated to the island of Tasmania, off Australia’s southern coast, the species is currently experiencing a rapid decline due to a cancer epidemic. Devils are particularly prone to cancer, but this natural propensity may be heightened due to human-made carcinogenic flame-retardants that were found in high levels in tissue samples taken from several of the animals. In effort to protect the species, an “insurance population” was established on another island near Tasmania. 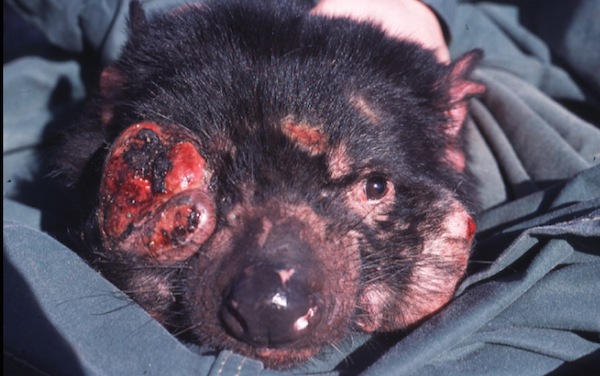 Tasmanian devils (Sarcophilus harrisii) are currently experience a contagious cancer epidemic, which has wiped out 20 to 50 percent of the population on Tasmania. Photo by Menna Jones.

Introducing species to ecosystems to which they’re not native does come with risks. For instance, cane toads (Rhinella marina), native to South and Central America, were introduced to Australia in 1935 in effort to control sugar cane pests. However, they were ineffective at doing so, and since then have exploded throughout the eastern side of the continent, where they are depleting the food sources of native insectivores and poisoning the native predators that eat them.

Seddon acknowledges the risks and challenges involved in species introduction – and even the possibility of bringing back extinct species and subspecies through cloning or selective breeding.

“The prospect of bringing back extinct species through advanced technologies creates a further conundrum,” he said. “If potential de-extinction of multiple species does become a reality, which species should be resurrected, and which habitats should they be introduced to?”

However, the authors suggest the time has come where the reward of such controversial approaches may be worth the risk, stating “the realization that a return to a completely natural world is not achievable frees us to think about more radical types of conservation.” 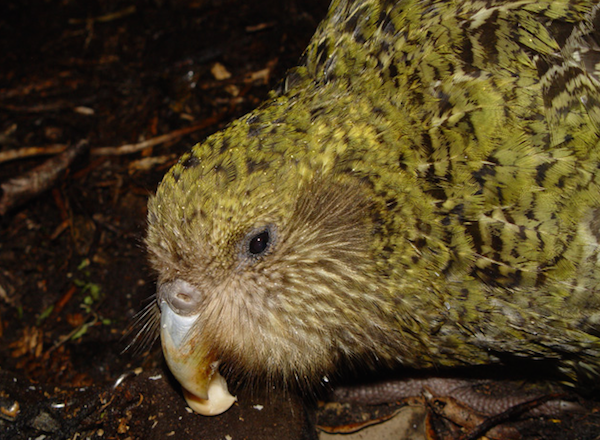 Kakapos were thought to be functionally extinct in the 1970s, until a small population was found on Stewart Island. Photo taken on Codfish Island (Whenua Hou), New Zealand, one of the translocation sites, by Mnolf.