Against an endless blue sky, the blazing sun beat relentlessly onto the sands, throwing off a blinding white glare. Pausing for a moment in the generous shade of a cliff, Benjamin Wilder, Sula Vanderplank, and their team of scientists took in the immense beauty of the landscape unfolding before them. Each set of eyes was drawn to something different: here a tussock of shrubs, there a skittering lizard. Together, their adept sight captured a profound picture of the diversity of the surrounding environment.

The team consisted of 22 of the top experts in plants, birds, mammals, and reptiles of Baja California in Mexico, representing 11 institutions from across the U.S. and Mexico. Their work, a survey of the biodiversity in the arid region known as Cabo Pulmo, was released in a report published in partnership by the Botanical Research Institute of Texas, the Next Generation Sonoran Desert Researchers, and the University of California Institute for Mexico and the U.S. The report was published in NGSTR’s journal, N-Gen, in April of this year. 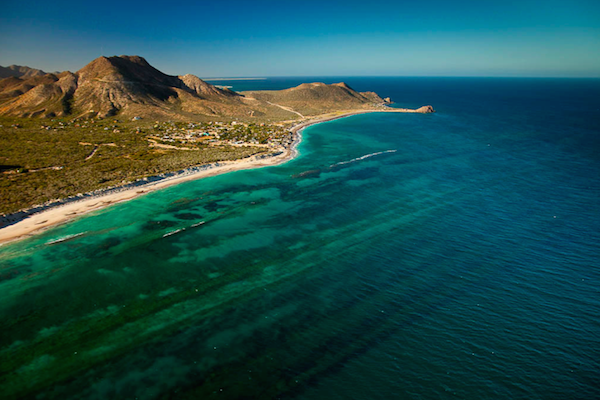 They found that Cabo Pulmo is a region of significant and fragile biological value, which may be threatened by proposed developments in the region.

“The report was released at a critical time,” said co-editor Wilder. An independent review of the state of biodiversity in this region, the report was submitted to SEMARNAT (the Mexican authority on environment and natural resources) just as the environmental impact assessment of the Cabo Dorado mega-development project came under review. Backed by a partnership between Chinese and U.S. investors, Cabo Dorado, located in Cabo Pulmo, is a proposed $3.6 billion resort that would include over 20,000 hotel rooms, an airstrip, three golf courses, and a shopping mall.

The survey uncovered staggering levels of biodiversity in this delicate desert environment, including two micro-endemic plant species found nowhere else in the entire world, threatened species of shorebirds, and sea turtle nesting grounds. Cabo Pulmo occurs at the southern limits of the Sonoran Desert, just at the convergence of desert and tropics where succulent coastal vegetation grades into tropical deciduous forest.

“We were surprised to see that these desert lands mirrored the biological richness of the adjacent Coral Sea,” Vanderplank said. “This unique biodiversity results from regional geologic forces that were previously un-investigated.” 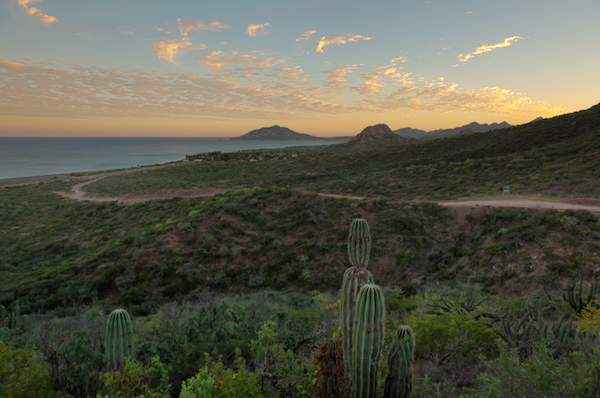 The sun sets over a variety of microhabitats nestled in the hills of Cabo Pulmo. Photo by Alan Harper.

This configuration of climatic and geologic history has allowed for the evolution of species capable of surviving only in this rare environment. Research in the field of biogeography, the study of where species live and how they got to be there, has been crucial in the design of natural parks and areas necessary to support healthy populations of species.

In addition to its biological wealth, Cabo Pulmo is a place of great natural beauty.

“It is a wilderness paradise,” Wilder said. “Long empty beaches, turquoise water, stunning spreading landscapes, humpback whales breaching off shore. The full moon rises over the Gulf of California as the sun sets behind the rugged Sierra la Laguna of the Peninsula.”

In a recent chain of events, SEMARNAT rejected the resort investor’s environmental impact assessment as not providing the necessary information for evaluating the environmental impacts of the project, based on the findings of the biodiversity survey. This marks the third failed attempt at introducing a large-scale development project to the area, including the high profile Cabo Cortés, rejected by ex-president Felipe Calderón in 2012.

Still, there remains a need for sustainable development in the area to support the livelihoods of local communities who relied on fishing previous to the creation of the marine park. Locals have since shifted to eco-tourism drawn by the recovering fish population, and some see the development of a resort as beneficial to their new industry. 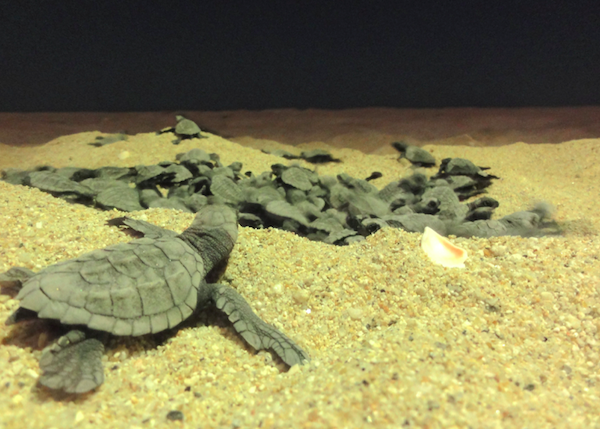 Cabo Pulmo is an important nesting ground for olive ridley sea turtles (Lepidochelys olivacea). Here, hatchlings emerge from their nest and make their way to the sea. Photo by Benjamin Wilder.

However, according to co-author and acclaimed conservationist Exequiel Ezcurra, “the bottom line is that the scale of the proposed development is completely disconnected from the ecology of this desert region. Any development in the area must account for and sustain the area’s natural wealth as well as the local communities of Cabo Pulmo and the nearby town of La Ribera.

“This way we can pursue our shared vision of a prosperous future that matches the grandeur of the regional landscape.”

For now, the future of Cabo Pulmo remains in limbo. The investor group has stated that it aims to submit an updated environmental impact assessment, while the coalition of conservation activists brace themselves for a continued struggle to keep out disproportionate developments. Their efforts now focus on extending the marine national park of Cabo Pulmo to incorporate the areas that would be impacted by the proposed resort. 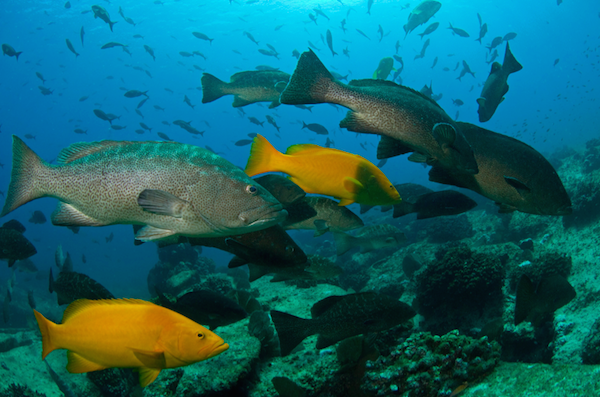 Since the creation of the marine reserve, fish populations have recovered dramatically from over-harvesting in the 20th century. Photo by Octavio Aburto.