Over the past two years there have been more than 600 reported thefts of palm fresh fruit bunches in Sarawak. In response, last week the Malaysian Palm Oil Board (MPOB) said it will soon require palm oil millers to record the origin of the palm fruit they buy.

“If we can make sure that the source can be identified, then we will know whether it is from legal or illegal source,” MPOB minister Datuk Amar Douglas Uggah Embas was quoted as saying. “We believe that the stealing will stop when the buying stops because if the dealers and millers are not buying the illegal FFB, then there’s no point in stealing them.”

Uggah went on to say that authorities would take action against millers found to be buying stolen product.

The move could hasten a shift toward better traceability in the notoriously opaque palm oil industry. Until now, most traceability efforts have been pushed by companies that are trying to “green” their operations by avoiding palm oil linked to social conflict, deforestation, or peatlands destruction, rather than the Malaysian government itself. Sarawak in particular has been viewed as a laggard in transitioning toward more sustainable palm oil due to the state’s opposition to zero deforestation commitments and insistence on converting vast areas of native customary rights lands and peat forests for plantations. 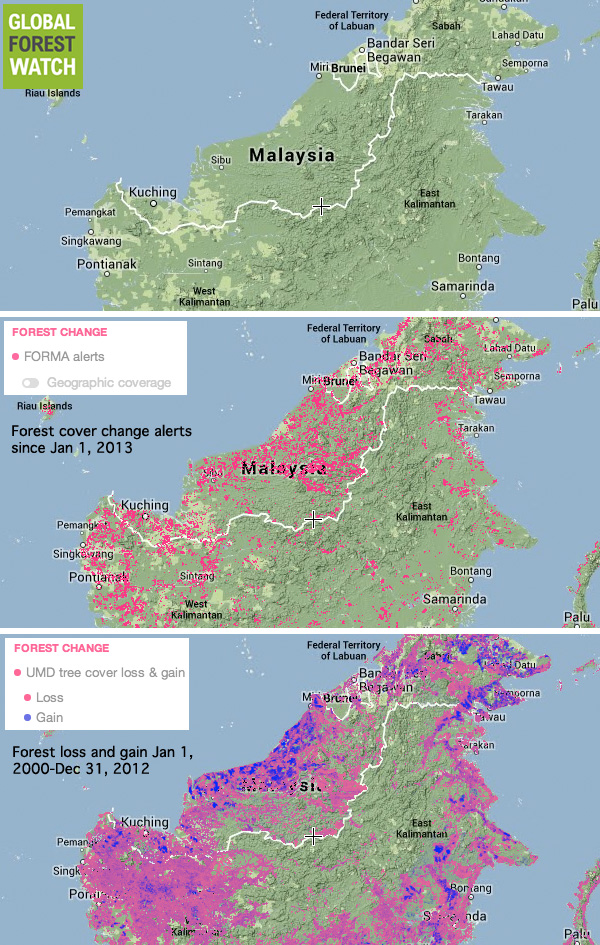 According to Global Forest Watch, Sarawak lost more than 1.8 million hectares of forest cover between 2000 and the end of 2012.