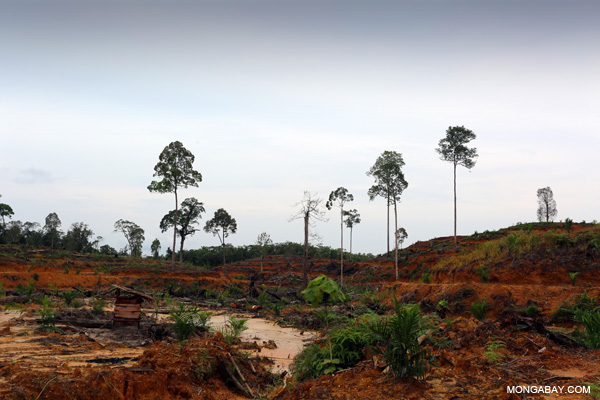 Stream in the middle of a new oil palm plantation. Oil palm cultivation is a lucrative form of land use in Indonesia, but the new study suggests that it may have unintended impacts on local livelihoods by degrading water quality. Other research has raised concerns that shifting from agroforestry to oil palm reduces income diversification, leaving communities vulnerable to fluctuations in the price of palm oil.

Oil palm plantations are not only encroaching on forests, they are also degrading water quality, finds a new study published in the Journal of Geophysical Research: Biogeosciences.

The research, conducted by scientists in the U.S. and Indonesia, compared the properties of streams draining mature and immature oil palm plantations, agroforestry areas, and logged and old-growth forests. It found that streams flowing through oil palm plantations were hotter, dirtier, and consumed more oxygen compared to other areas. The effects were exacerbated in drought years.

“Our findings point to persistent and large effects of oil palm plantations on stream temperature and sediment yield,” lead author Kim Carlson of the University of Minnesota told mongabay.com, who added that the effects persisted even after palm trees had grown to maturity.

“Deforestation is well-known to degrade freshwater quality,” she said. “However, the consequences of plantation re-growth for water quality are less well-studied, especially in the tropics. Surprisingly, we found that a stream draining a mature closed-canopy oil palm plantation had extremely high levels of sediment yield and relatively high temperatures, compared to other streams included in the study.”

The implications for local communities, which depend on streams as a source of water and fish, are potentially significant, according to Carlson.

“These long-term stream ecosystem changes could affect fish populations, and important food source for local communities, and may also have impacts on coastal and estuarine ecosystems.” 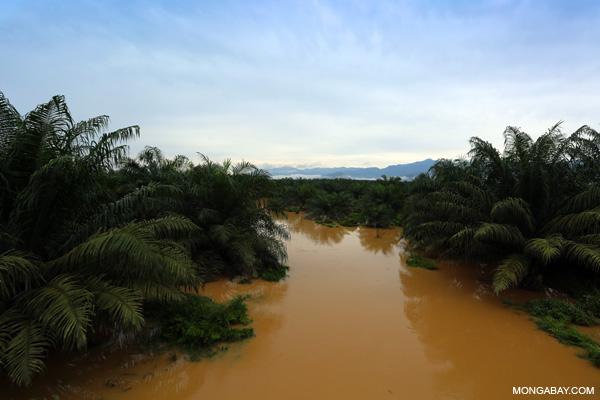 A stream running through an oil palm plantation in Indonesia. The study focused only on temperature, sedimentation, and oxygen. It did not evaluate the impact of pollution from fertilizers, pesticides, and palm oil mill effluent from oil palm plantations. 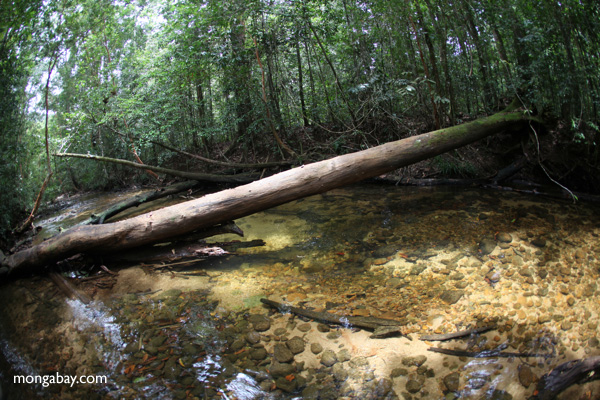 A stream running through pristine forest near the study site in West Kalimantan. Note the water clarity.

While the results are based on a sample size of just five streams, they are consistent with what one would expect given the marked difference between a natural forest and an oil palm plantation, which is typically stripped of ground vegetation, leaving little to anchor soils. Furthermore, local communities living in and around plantations routinely complain about increases in ambient temperatures after natural forest is cleared for oil palm.

More surprising however, is the magnitude of the impacts of converting non-pristine forests, including agro-forest plots, to monoculture plantations.

“Our results suggest that oil palm land use may have greater effects on stream temperature and sediment that mixed shifting agriculture and agroforest,” explained Carlson. “Our findings suggest that converting logged forests and diverse smallholder agricultural lands to oil palm plantations may be almost as harmful to stream ecosystems as clearing intact forests.”

That, in turn, raises questions about tradeoffs associated with programs that aim to intensify agriculture, while protecting dense forests, according to Carlson.

“Current strategies to reduce greenhouse gas emissions and avoid biodiversity loss – specifically, avoidance of high-carbon intact and logged forested areas – may not be very effective for protecting freshwater stream ecosystems because they would likely allow conversion of these community agricultural systems.” 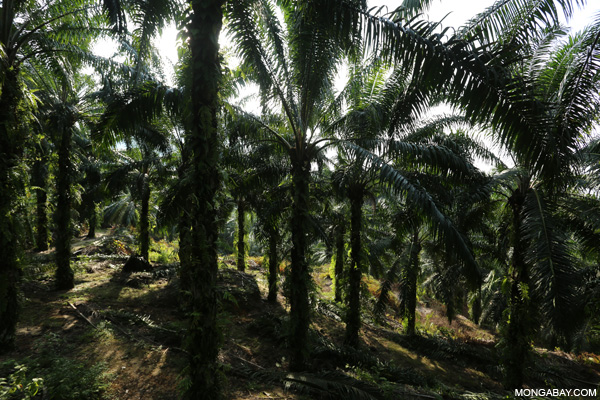