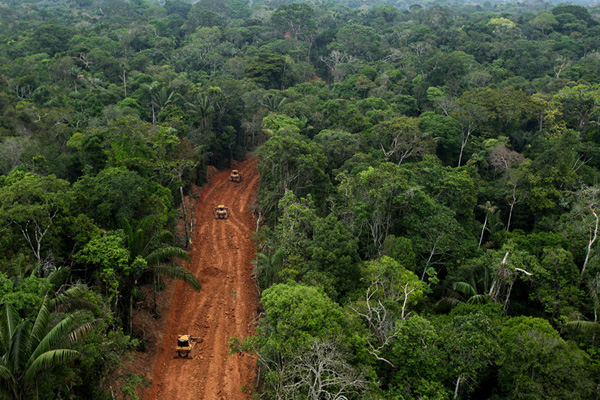 Decades of oil extraction in the Western Amazon has caused widespread pollution, raising questions about the impact of a new oil boom in the region, according to a team of Spanish researchers presenting at a conference in California.

Led by Antoni Rosell-Mele of the Universitat Autònoma de Barcelona, the team assembled a database of chemical analyses taken from 18 wastewater dumping sites from 10 different Amazon tributaries from 1983 to 2013. They looked at nine pollutants including lead, mercury and cadmium, finding high levels of contamination.

“We found that 68% of the samples were above the current permitted Peruvian limits for lead concentrations, and 20% of the samples above permitted cadmium levels,” said co-author Raúl Yusta Garcia, also of the Universitat Autònoma de Barcelona, in a statement.

“We were also able to compare pollution upstream and downstream of some of the dumping sites. With some samples, we found chlorine levels averaged 11 times higher downstream of the wastewater dumping site than it had been upstream. Pollution from oil extraction declined from around 2008, but the danger is that increased demand causes increased pollution.”

“There are no published studies to date that report the pollution impact of oil extraction activities in remote pristine rainforests,” the scientist said. “Our results show that contamination is widespread in these areas.”

“This increase in pollutant levels is not just due to oil spills, but to the drilling and extraction process. These processes have not been effectively monitored in remote areas until now. Some of this pollution may feed its way into the human food chain and certain of the areas affected by oil spills on land are feeding grounds for large wildlife, including endangered species”.

The researchers presented the findings at the Goldschmidt Conference, which focuses on geochemistry.

Oil production began in the Western Amazon in the 1920’s and after peaking in the 1970’s has experienced a resurgence in recent years with booming oil prices. Ecuador recently approved oil drilling within protected areas that house the world’s highest levels of biodiversity. Meanwhile Peru has auctioned off oil exploration rights to 70 percent of the Peruvian Amazon. In 2013 the Peruvian government declared a state of emergency over contamination in the Amazon.