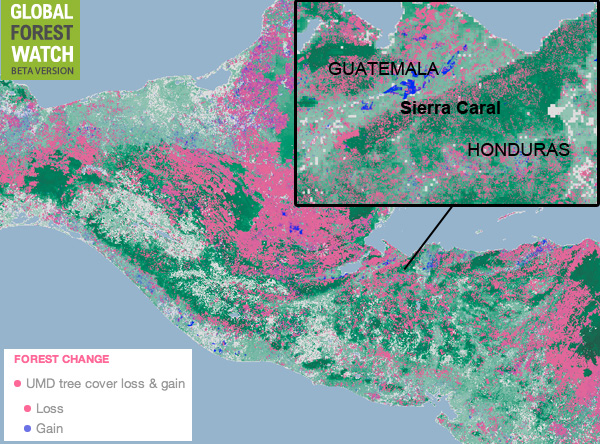 According to Global Forest Watch, Sierra Caral and the surrounding area lost more than 13,000 hectares of forest since 2000.

The Sierra Caral Water and Forest Reserve received overwhelming support during a vote by Guatemala’s Congress. It is the first new protected area designated by Congress since 2005, according to ABC.

“Guatemalan officials demonstrated great vision in establishing this protected area,” said Andrew Rothman, Migratory Bird Program Director at ABC, in a statement. “They have preserved a key link in the migration corridor between North and South America for migratory birds and ensured North American breeding songbirds will have stopover and wintering ground habitat to use during migration. Without question, it is a key addition to Central America’s roster of protected areas.”

The core zone of the new protected area is the Sierra Caral Amphibian Conservation Reserve, which was established in 2012 by Fundación para el Ecodesarrollo y la Conservación (FUNDAECO) with financial assistance from ABC, Global Wildlife Conservation, Southern Wings, World Land Trust, and other groups, according to ABC. 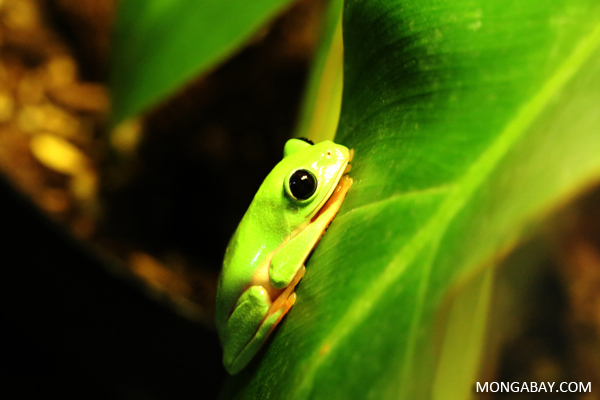 Morelet’s Tree Frog (Agalychnis moreletii) is one of Sierra Caral’s critically endangered species of frogs. Photo by Rhett A. Butler.

Sierra Caral is home to at least a dozen threatened amphibian species and three endangered bird species, in addition to a wealth of other wildlife, including 118 reptiles and amphibians and more than 120 birds. This biodiversity, coupled with rapid deforestation, made the area a top conservation priority.

“We have been working to obtain the legal declaration of this new protected area for more than seven years,” said Marco Cerezo of FUNDAECO, a local conservation organization that partners with ABC. “Finally, the biological importance of Sierra Caral has been recognized by our National Congress. This new protected area brings us a step closer toward our dream, which is the conservation of key stop-over and wintering habitats for migratory birds along their flyway across Caribbean Guatemala.”