Fly immune system genes may have applications for virus research

Entomologists working in Peru have revealed new and unprecedented layers of diversity amongst wasps and flies. The paper, published in the journal Science, also describes a unique phenomenon in which flies actually fight back and kill predatory parasitic wasps.

Researchers Matthew Lewis and Marty Condon collected 3,636 flowers from the edge of a Peruvian airstrip to analyze the relationships between Neotropical flies (Blepharoneura) and the deadly wasps that lay eggs inside them (Parasitoids). This reproductive adaptation has fascinated scientists for decades. Less studied is how prey species resist parasitization. 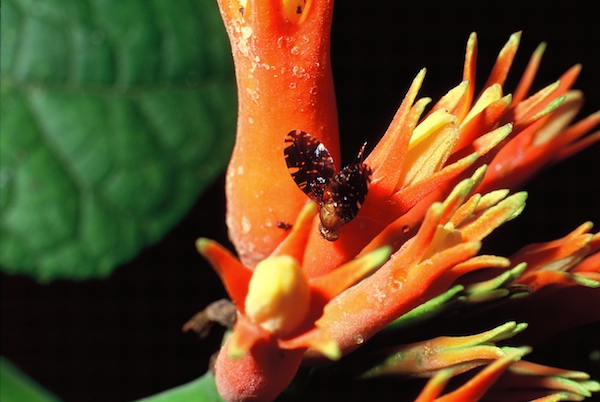 First, a wasp lays her eggs in a fly, usually after paralyzing it. Once the larvae hatch inside the host, they typically feed upon the living tissue. However, scientists believe a few species of topical fly have developed immune systems that kill off the larvae of certain species of wasp. Lewis and Condon examined the intricate ecosystem this creates, whereby different species of parasitic wasps must hunt for specific species of fly in which their larvae might survive. They found that these interactions have led to increased biodiversity in both parties.

According to the researchers, plants also play a major role.

“In this system, parasitoid [wasps] only look for prey on a particular species and sex of plant,” Condon told mongabay.com. “That means the flies that lay their eggs in a different species of flower escape the predator… Insects that switch to new host plants may be less likely to mate with insects associated with other hosts – which reduces gene flow and promotes divergence.” 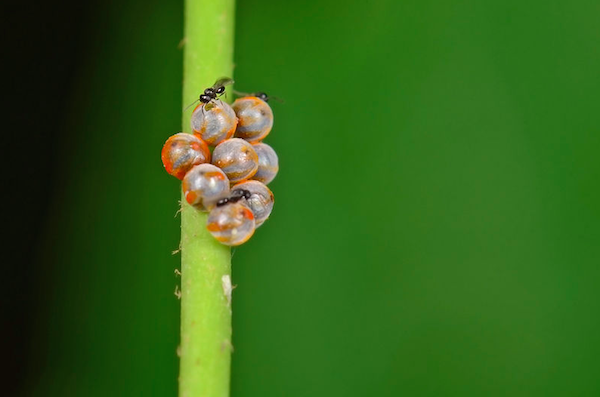 Parasitic wasps are common in the South America and target many species besides flies, such as these Battus butterfly eggs. Photo by Geoff Gallice.

Meanwhile, a wasp that lays its eggs inside the wrong species of fly will not pass on its genetic material because its larvae will be targeted and killed by the host’s immune system. According to Condon, death is a strong form of natural selection, and it promotes divergence and diversification for both predators and the prey.

Tropical forest is among the most biologically bountiful environments on earth, and there is still much to learn about its secrets.

“I am not aware of another system in which someone has observed comparable levels of diversity and specificity,” says Condon, “but I think that’s because nobody else has looked at a system like [this]. The pattern might be common.”

Condon is keen to learn more about the flies’ abilities to defend themselves against wasps, and is currently investigating fly genomes in effort to identify the genes that control their immune systems. She plans on collaborating with virus researchers to explore other applications for this research.

“Some wasps have a long evolutionary history with certain viruses, and those viruses are capable of disarming the host’s immune system,” she said. 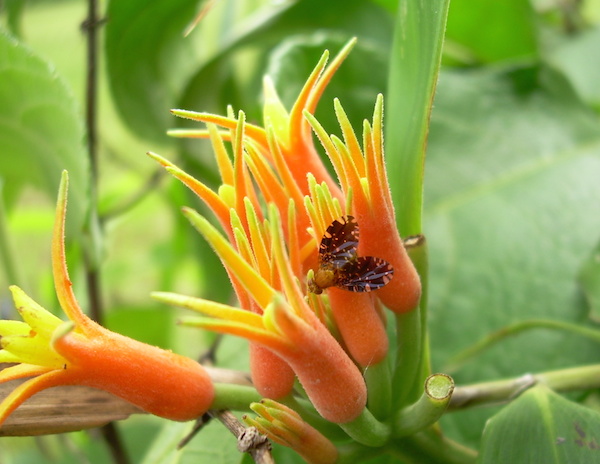 A Blepharoneura fly a on a Gurania spinulosa flower at Los Amigos, Peru. Photo by Luz Santillan.