One of the world’s most controversial mega-dam projects met its likely end this week when Chile’s Committee of Ministers voted to cancel the permits for the HidroAysén project. Costing around $8 billion and expected to produce about 2.75 gigawatts, the HidroAysén project involved building five large dams on two wild rivers in Chile’s famously-unspoiled Patagonia region. Yet critics of the proposal said it threatened both the environment and local communities.

“Patagonia’s rugged and varied wilderness is truly an environmental treasure. These giant dams would have put at risk the wilderness, traditional culture, and local tourism economy of this remarkable region,” said Amanda Maxwell, the Latin America Project Director at the Natural Resources Defense Council (NRDC).

From the beginning the project was opposed by a large assortment of local and international groups in a coalition known as the Patagonia Defense Council (PDC). However, the project was approved by the government in 2011 and then survived a 3-2 decision in 2012 by Chile’s Supreme Court. But the decision to cancel the permits this week, by Chile’s highest administrative authority, was unanimous. 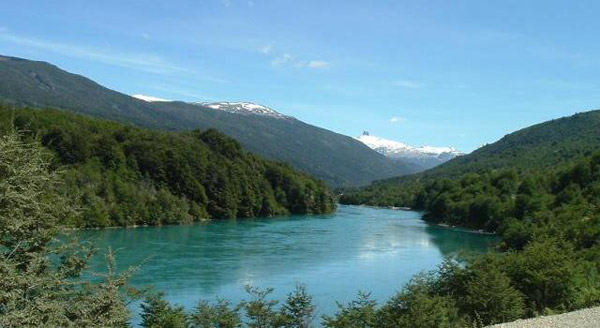 The Baker River in Chile’s Patagonia region. This is one of two rivers which would have been dammed by the HidroAysén project. Photo by: Jorge Morales F.

“The government’s definitive rejection of the HidroAysén project is not only the greatest triumph of the environmental movement in Chile, but marks a turning point, where an empowered public demands to be heard and to participate in the decisions that affect their environment and lives,” said Patricio Rodrigo, Executive Secretary of the PDC.

Built on the Baker and Pascua Rivers, the dams would have flooded 5,700 hectares of land and required 1,600 kilometers of power lines. It would have forced several families to move and destroyed habitat for the huemel (Hippocamelus bisulcus), a small deer that appears on Chile’s Coat of Arms. Categorized as Endangered by the IUCN Red List, the deer’s population dropped by a stunning 99 percent. However, the species is now seeing a slight reemergence with a population of about 2,500 animals, according to a paper last year.

Critics of the dams contended that most of the energy would not go to the Chilean people, but to the mining industry. In addition, they said there were alternatives beyond hydropower and conventional fossil fuels.

However, some opposition leaders to the current government, under President Michelle Bachelet, have criticized the decision and warned that it will cause energy prices to rise.

The companies behind the dams—Colbún, a Chilean company, and Endesa Chile, a local subsidiary of the Italian energy company, Endesa—have 30 days to appeal the decision.

(05/19/2014) Hydroelectric power, supplied mostly from dams, provides approximately 20 percent of the world’s electricity, an amount of energy equivalent to 3.6 billion barrels of oil. However, a recent study by researchers at Oxford University has found that large dams cost so much money and take so long to build that they may not be economically viable.