Scientists analyzed almost half a million fish bones to shed light on the population history of Pacific herring (Clupea pallasii) in the North Pacific Ocean. Their paper, published in the journal Proceedings of the National Academy of Sciences (PNAS) reveals a decline of unprecedented scale. It suggests that while the abundance of Pacific herring does fluctuate naturally, their numbers have fallen precipitously since commercial fishing started targeting the species in the 19th century.

The team, made up of anthropologists and archaeologists hailing from universities across Canada, set out with an ambition to frame depleted 21st century fisheries within a wider historical context.

“We used all available archaeological data compiled from 171 sites spread throughout the coast and collected by researchers over a period of 40 years,” co-author Iain McKechnie, a coastal archaeologist from Simon Fraser University and self-described “counter of fishbones,” told mongabay.com. “Each site has the same type of systematically collected data (fish bones morphologically identified to species, genera, or family) and this totals 435,777 bones.” 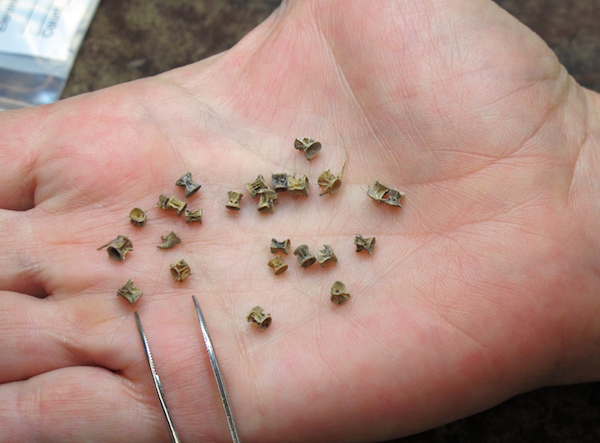 McKechnie and his team didn’t start out to study Pacific herring, but from amongst the stories and trends hidden in the bones, the plight of this one species caught their attention.

“Within this dataset, one species stood out and stood far above the rest—Pacific herring,” McKechnie said. “From that point on, we knew that we could concentrate on how this one species was proportionally represented across these 171 archaeological sites spanning from 10,400 years ago to the early 1800s.”

The data revealed that historic Pacific herring populations were far more consistently abundant and extensive than they are today.

The Pacific herring is a small fish with large implications for the areas they inhabit. The herring act as food for a diverse range of other animals, including whales, dolphins, seagulls, bears, wolves and other species of fish. According to McKechnie, this makes them a vital protagonist in the effort to preserve marine ecosystems in the northern Pacific Ocean.

“Pacific herring is a forage fish and forage fish are globally significant ecologically and economically in that they are a central node in marine ecosystem—they transform energy from lower trophic levels (e.g., zooplankton) into the higher levels of animals that prey on herring, (including) seabirds, larger fish, and marine mammals,” McKechnie said. “Therefore, without sufficient forage fish population to prey on, a large number of key birds, fish, and marine species can be dramatically affected.” 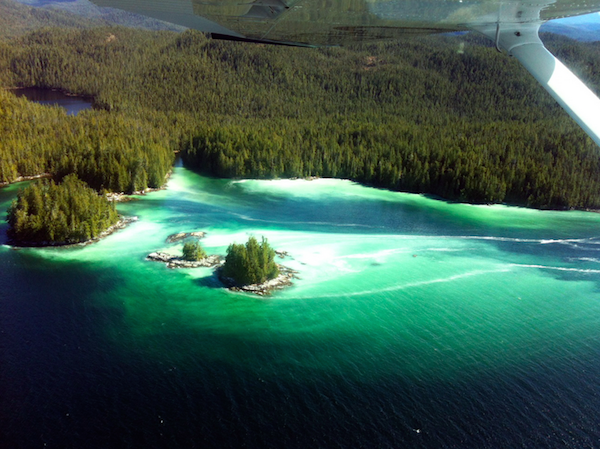 Herring spawn on central British Columbia coast. An entire school may spawn in just a few hours, producing an egg density of up to six million eggs per square meter. Photo by Reg Moody/Heiltsuk First Nation).

But it’s not just wildlife and ecosystems that benefit from a healthy number of herring. McKechnie and his fellow researchers found evidence to suggest that the fish has acted as a dietary staple for the people of Alaska and the west coast of Canada and the United Sates for generations. Herring continues to drive hundreds of local economies to this day.

“Pacific herring was a enduring feature of Indigenous economies over millennia —people found ways to access this fish despite potential fluctuations in overall numbers—yet today, many places that formerly had herring spawning have not had spawns for many years or decades,” McKechnie said. “Everywhere we looked (where we have suitable archaeological data), herring represent a large proportion of the fish people consumed.”

Pacific herring populations were damaged by the Exxon Valdez oil spill in 1989 and four years later the population unexpectedly collapsed to an all time low under the weight of overfishing in the North Pacific. In 1993, the Pacific herring harvest was 14 percent lower then the previous year. Numbers have been improving at a slow pace ever since. Some scientists attribute their slow recovery to an increase in ocean temperatures due to global warming, which is allowing a greater number of predators to move into the herring’s northern habitat.

Meanwhile, KcKechnie believes there is more information to be revealed from the bones, which may be of interest to conservationists, natural historians and fishing communities alike.

“These archives remain under-explored historical sources of ecological data,” he said. “Moreover, they often directly relate to animals that remain of high ecological and economic value.

“We know that ecosystems are dynamic and always in flux, but [we should] remind ourselves that looking backwards is often the best way to plan for the future.” 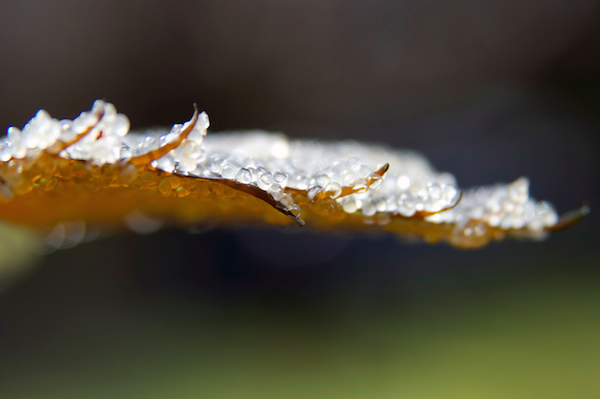