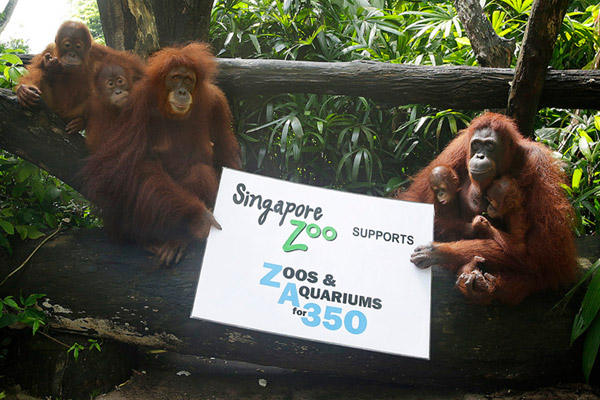 The destruction of rainforests in Malaysia and Indonesia for palm oil, paper, and timber has put the world’s orangutans at risk of extinction, it also compounds global warming and mass extinction. Photo by: Singapore Zoo.

On May 22nd, zoos and aquariums around the world creatively called for action on global warming. Dubbed “Show the Wild Face of Climate Change,” the event involved over 70 institutions from 25 countries on all seven continents.

“[This] was the largest single-day global zoo event in history,” said George Rabb, President Emeritus of the Chicago Zoological Society and former Chair of the IUCN’s Species Survival Commission. “The success of this day for climate change action is a good omen for future campaigns to engage zoos to recruit their visitors and members as global citizens with responsibilities for the global commons of the atmosphere, waters, available lands, and biodiversity.”

In addition to holding special events and activities, zoos also took photos of over 150 species with the logo “Zoos & Aquariums for 350.” 350 refers to the parts per million (ppm) of carbon in the atmosphere that scientists have deemed relatively safe not only for humans, but life on Earth. Currently, carbon levels are at 400 ppm and rising.

Moreover, a paper last week in Science found that extinction rates are currently 1,000 times the average rate as based on fossils. Global warming is one of a number of different trends–including overexploitation, deforestation, and pollution–that is imperiling species worldwide, possibly ushering the Sixth Mass Extinction. Burning fossil fuels is not only driving warming, but also acidifying oceans, an impact that has the potential to lead to mass extinction across marine species.

The global zoo and aquarium event was a part of the UN’s International Day for Biological Biodiversity and was launched by the Conservation Breeding Specialist Group, a specialist group of the Species Survival Commission (SSC) with the IUNC. In recent years, many zoos and aquariums have taken a more active role in educating and advocating on global warming. 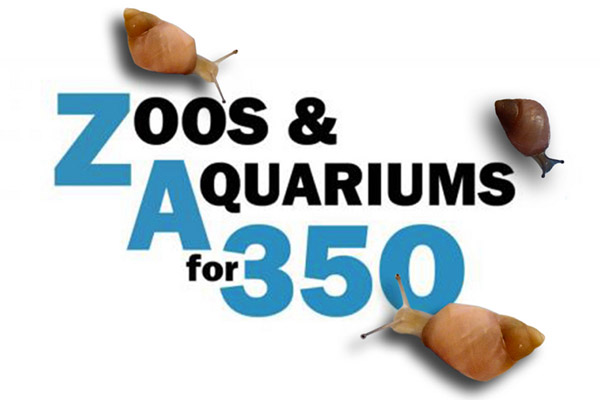 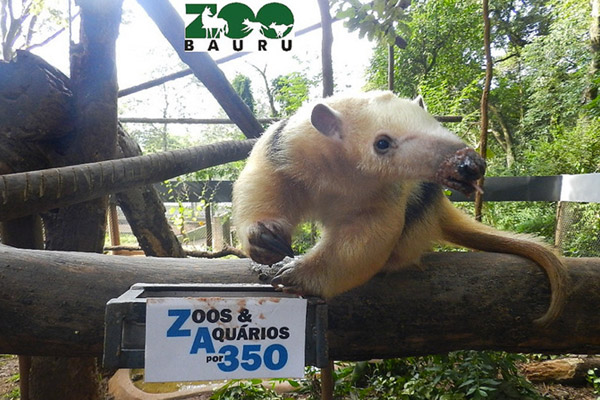 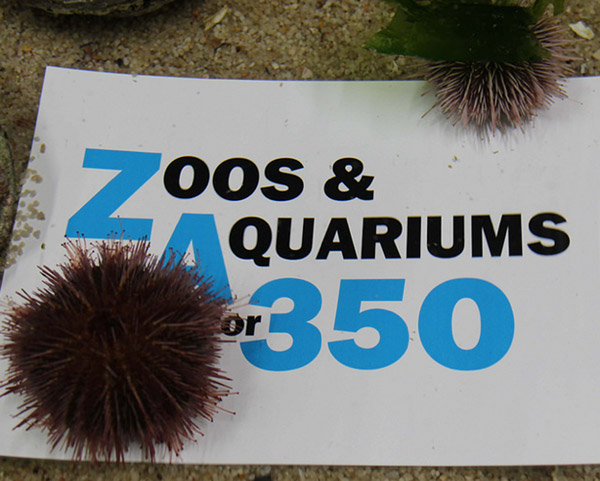 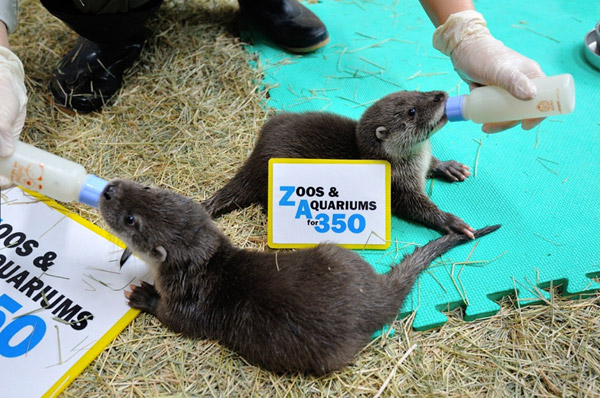 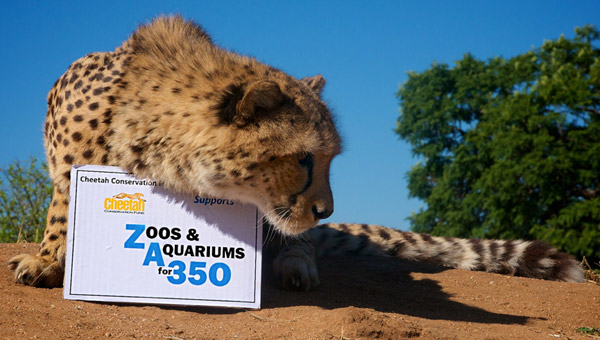 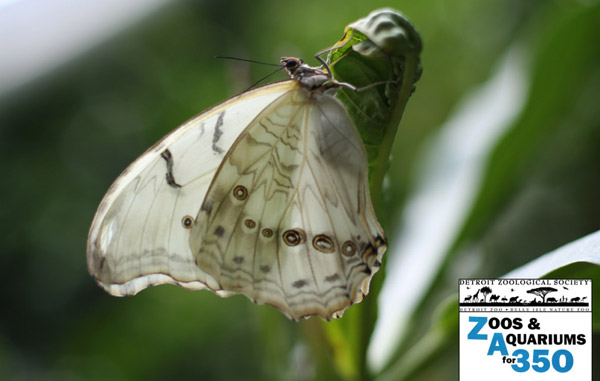 Global warming is disrupting migratory times for the world’s butterflies like this white morpho. Photo by: Detroit Zoo. 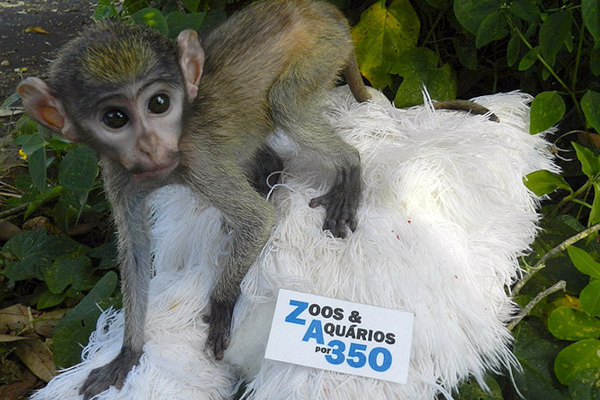 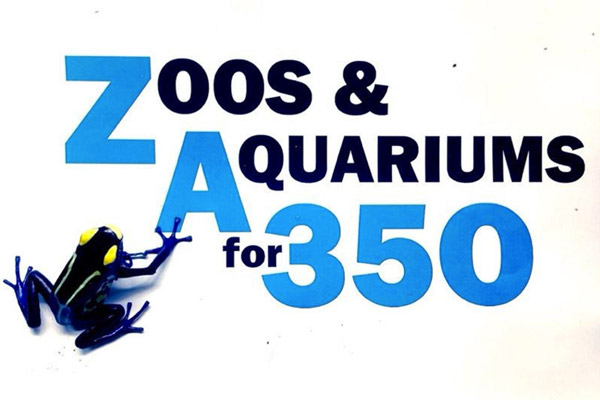 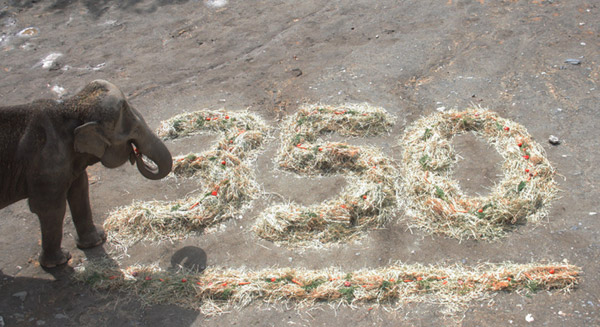 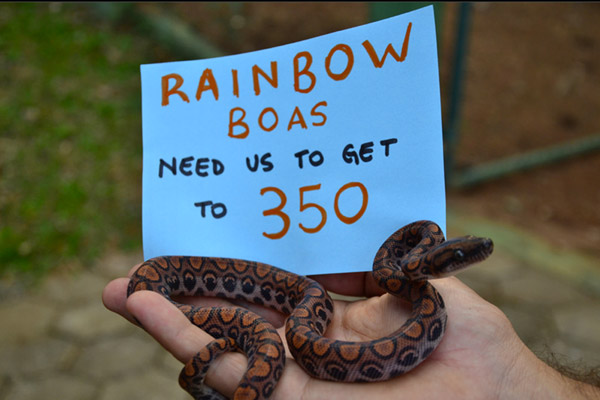 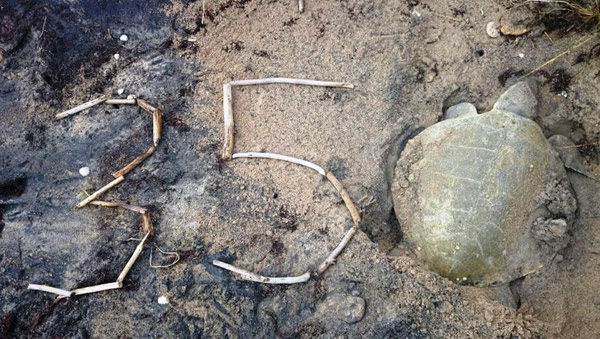 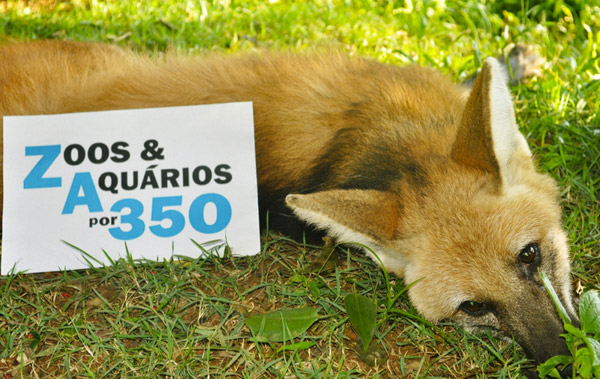 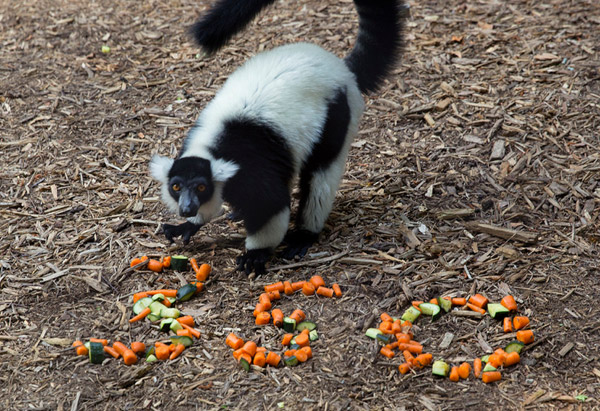 Lemurs, found only in Madagascar, are hugely imperiled by the destruction of their forests for slash-and-burn agriculture and lucrative timbers. The practice also fuels global warming. Photo by: Zoo Atlanta, Georgia, U.S.

(05/19/2014) A quiet zoo revolution has also been occurring over the past twenty-five years. Rather than just stand by the sidelines as species vanish in the wild, many zoos have begun funding on-the-ground conservation efforts. This revolution signals a widening realization by zoos of the positive—and wholly unique—role they could play in combating global mass extinction. But are zoos doing enough?

Those eyes look human: could anthropomorphism be used for conservation?

(03/28/2014) It’s easier to relate to someone you have something in common with; that feeling of connection can turn strangers into friends. And if those strangers belong to an entirely different species, then attributing human qualities to that species – a process called anthropomorphism – may aid conservation efforts by attracting public attention and funding resources.