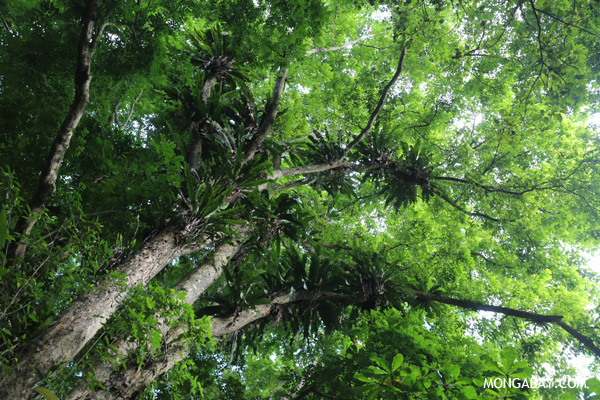 The U.S. government will put financial support behind an initiative that offers finance for emissions-reducing forest conservation projects.

In an announcement made during the Carbon Expo conference in Cologne, Germany, Secretary of State John Kerry said the U.S. Agency for International Development (USAID) will lend up to $133.8 million to the Althelia Climate Fund for REDD+ carbon conservation projects and “sustainable land use” initiatives like ecotourism and agroforestry. The money will effectively serve to mitigate risk of backing such projects, which have suffered from a lack of a market for carbon emissions reductions credits. USAID will cover up to half of the fund’s losses if a market fails to materialize.

“The income and employment generated from financed businesses will discourage further deforestation while encouraging forest maintenance and rehabilitation,” said USAID in a statement. “Such businesses will earn income from their operations, and will be eligible to earn carbon credits that can be sold on the voluntary carbon credit market under Reducing Emissions from Deforestation and Forest Degradation (REDD+) methodologies. A variety of corporations and nonprofits buy the credits to compensate for their own carbon emissions, to support philanthropy, and/or to invest in greener supply chains.” 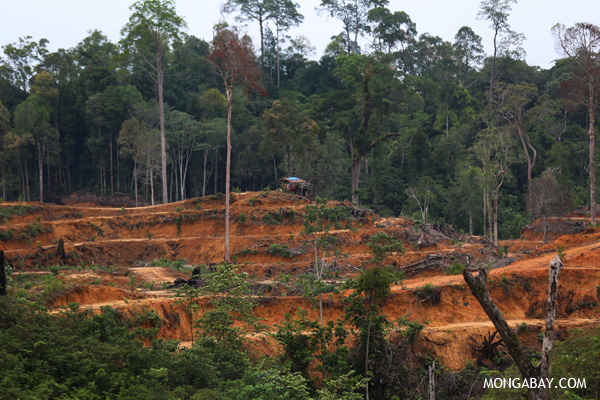 Deforestation for palm oil in Indonesia

USAID says the project will be backed by private sector money via the Development Credit Authority (DCA), requiring less than $6 million of the agency’s funds.

“The Development Credit Authority (DCA) uses partial credit guarantees to mobilize local financing in developing countries. Guarantee agreements encourage private lenders to extend financing to underserved borrowers in new sectors and regions. By opening up local channels of financing, USAID is empowering entrepreneurs in developing countries at a minimal cost to the U.S. taxpayer. The cumulative default rate of all loans supported by USAID guarantees is only 1.85 percent.” 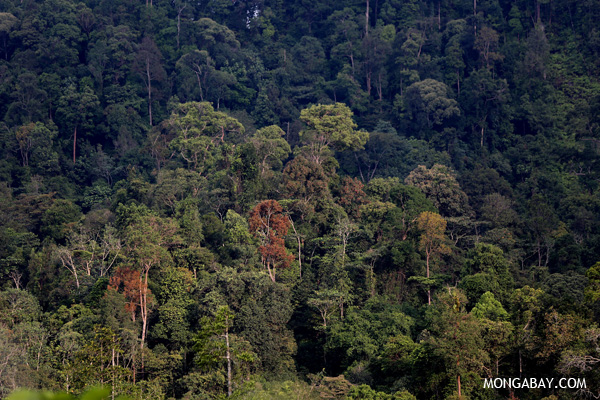 The Althelia Climate Fund was established less than a year ago with funding from European agencies, banks and finance companies. USAID says the initiative is the largest private sector fund dedicated to forest conservation.

“This will not only create profits for Althelia’s investors, it will help protect 20 rainforests and prevent 100 million tons of carbon dioxide from entering the atmosphere,” said Kerry in his video address.

“Over 1.5 billion people rely on forests to meet their day-to-day needs, and the majority of these are poor rural communities, including some 60 million indigenous people,” added USAID Administrator Rajiv Shah in a statement. “By creating incentives to better manage these forests, we provide a pathway out of extreme poverty for families who depend on forests while helping preserve critical ecosystems.”

REDD+ is a performance-based compensation program for developing countries to reduce emissions from deforestation and degradation, which account for roughly 10 percent of total carbon emissions from human activities. The private sector is attempting to capitalize on REDD+ by setting up carbon conservation projects that could someday generate carbon credits to meet government emissions reductions targets. But until that market emerges, REDD+ credits are mostly sold in voluntary markets to companies that aim to offset emissions for corporate social responsibility programs.