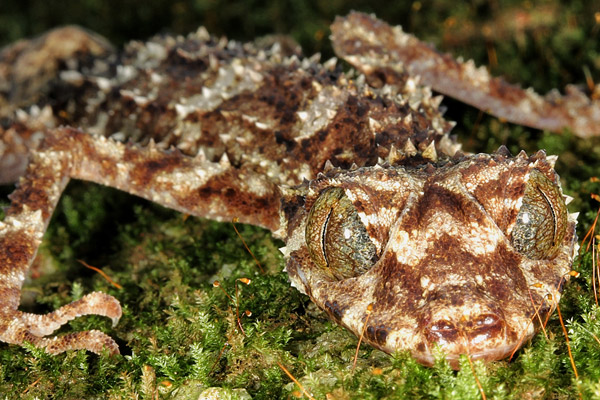 The Cape Melville leaf-tailed gecko (Saltuarius eximius) is one of the top ten new species from 2013. Photo by: Conrad Hoskin.

Out of around 18,000 new species described and named last year, scientists have highlighted ten in an effort to raise awareness about the imperiled biodiversity around us. Each species—from a teddy-bear-like carnivore in the Andes to a microbe that survives clean rooms where spaceships are built—stands out from the crowd for one reason or another. The top ten list is an annual event by the SUNY College of Environmental Science and Forestry’s (ESF) International Institute for Species Exploration (IISE).

“The majority of people are unaware of the dimensions of the biodiversity crisis,” said Quentin Wheeler, founding director of the IISE and ESF president. “The top ten is designed to bring attention to the unsung heroes addressing the biodiversity crisis by working to complete an inventory of Earth’s plants, animals and microbes. Each year a small, dedicated community of taxonomists and curators substantively improve our understanding of the diversity of life and the wondrous ways in which species have adapted for survival.”

As of 2009, scientists have described nearly two million species (exactly 1,941,939 species), a process that began with Carolus Linnaeus in 1735. Yet despite some 275 years of discovery, scientists believe there are many more species remain undescribed on Earth than described. Estimates of Earth’s total species range from three million to 100 million, but more recent estimates have put the number in the seven to ten million bracket. Yet if microbes are added the numbers could be much, much higher, perhaps even upwards of a billion.

Yet even as we know so little about the species we share the planet with, many are likely vanishing. Scientists estimate that current extinction rates are 100 to 1,000 times the natural rate. Deforestation, habitat loss, over-consumption, climate change, and ocean acidification may mean we are entering an age of mass extinction to rival the comet that killed the dinosaurs. But still there is much left to protect and finding new species could be key as to how, according to Wheeler.

“By studying the millions of ways in which organisms have met challenges, we open a great library of possibilities for meeting our own needs more sustainably.” 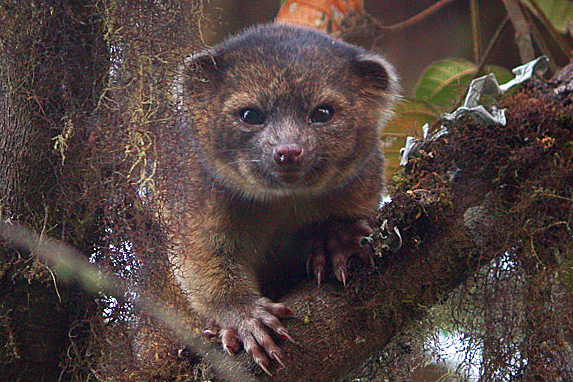 The most famous of the top ten is most definitely the olinguito (Bassaricyon neblina), which made a major media splash last year when it was announced. Living in the Andean cloud forests of Colombia and Ecuador, the olinguito is a member of the Procyonidae family, which includes raccoons, coatis, kinkajous and olingos. The olinguito, often described as a cross between a cat and a teddy bear, is the first new mammal in the carnivore family discovered from the Western Hemisphere in 35 years. Photo by: Mark Gurney. 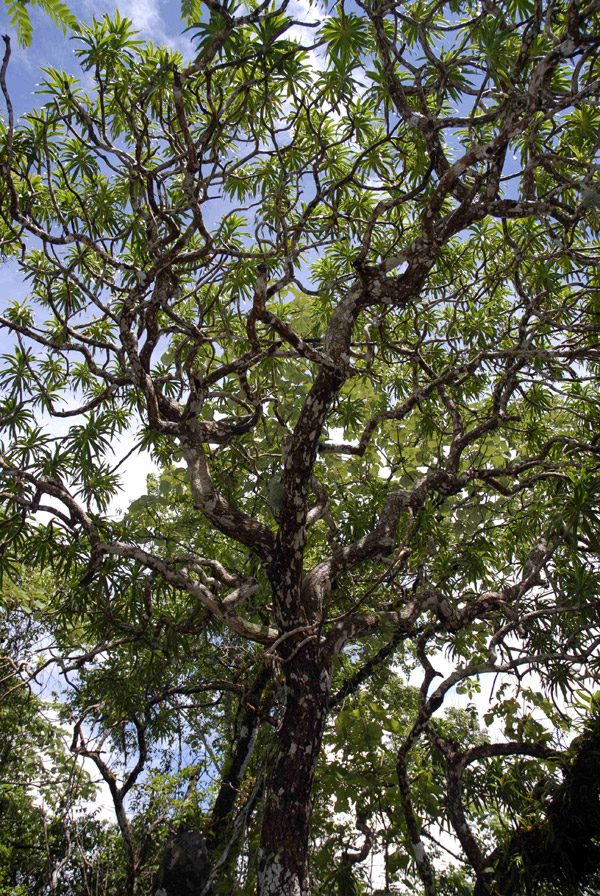 With only an estimated 2,500 left, the dragon tree (Dracaena kaweesakii) may be the most threatened species on the list. Found in Thailand—and perhaps Myanmar—the dragon tree is distinguished by sword-shaped leaves and cream-colored flowers. It grows up to 12 meters tall and is found only in limestone hills and mountains, which are being destroyed for concrete production. Photo by: Paul Wilkin. 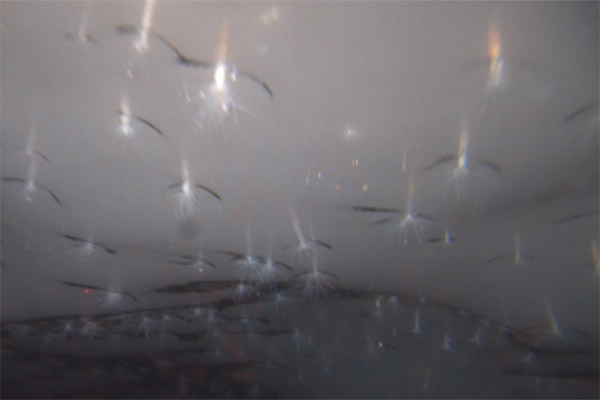 A new sea anemone discovered living upside down on the underside of an Antarctic glaciers has overturned the conventional wisdom on these marine creatures. Dubbed Edwardsiella andrillae, the new sea anemones were uncovered by the the Antarctic Geological Drilling Program (ANDRILL). Scientists still aren’t sure how the anemones attach themselves to the glaciers or survive in the ice, given this is a first for sea anemones. Photo by: SCINI. 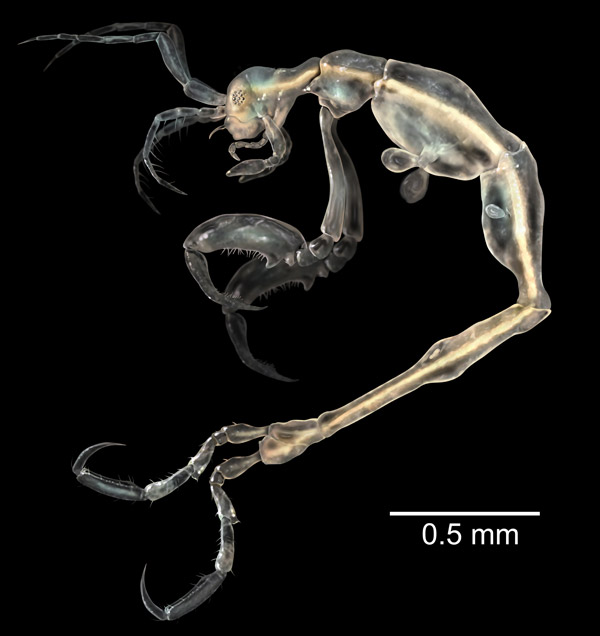 This is not an alien, but a new species of skeleton shrimp, also known as ghost shrimp, only distantly related to the shrimp that shows up on our plates. This species was discovered from a cave on California’s Santa Catalina island. The new species is named Liropus minusculus, due to its extremely small size: males are only 3.3 millimeters, while females are even tinier at 2.1 millimeters. Interestingly, it is the first member of the genus Liropus discovered in the northeastern Pacific. Photo by: SINC (Servicio de Informacion y Noticias CientÌficas) and J.M. Guerra-García. 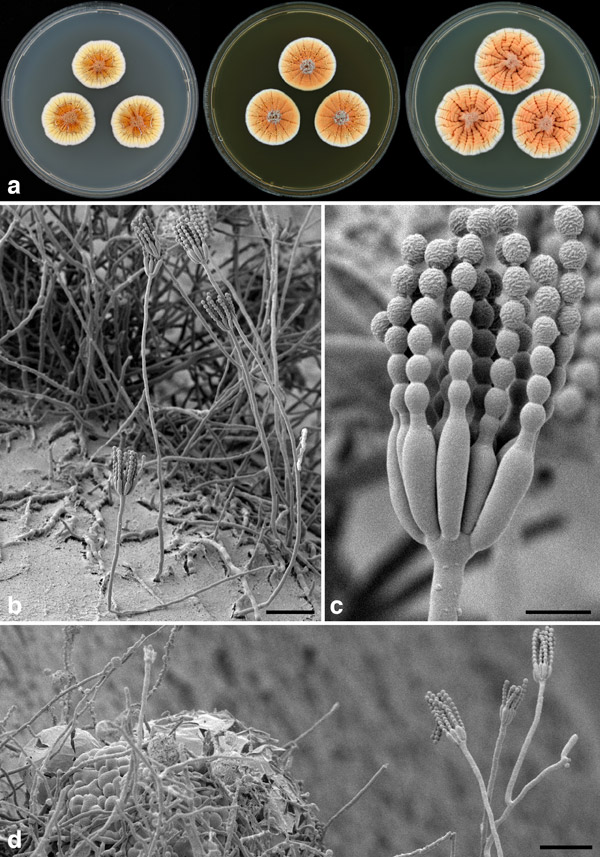 This new fungus produces a startlingly orange color when found in colonies, and, hence, has been named after Holland’s Price of Orange: Penicillium vanoranjei. Discovered from soil in Tunisia, the new fungus may prove useful in protecting against drought. Photo by: Cobus M. Visagie. 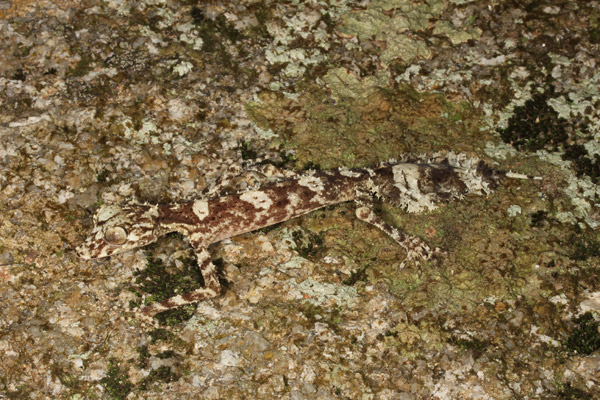 Spot the gecko? This new species was discovered during an expedition to Australia’s remote Cape Melville mountain range, along with several other species. The gecko, which blends incredibly well into its surroundings and tends to stick to the nighttime, was named the Cape Melville leaf-tailed gecko (Saltuarius eximius). Scientists believe it may be an endangered species. Photo by: Conrad Hoskin. 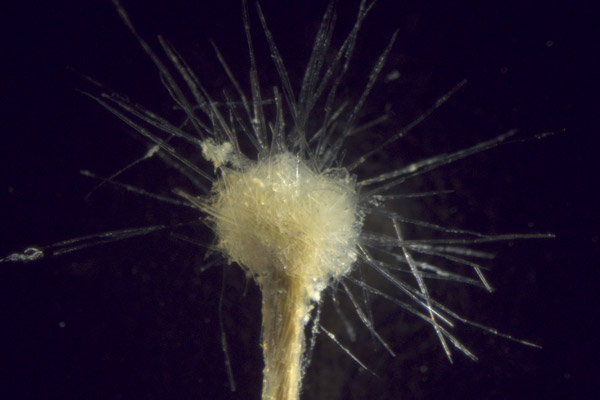 This is one weird new species! Although only comprised of one cell, this marine creature builds a massive shell from discarded sponge fragments, making it as long as five centimeters. From the Foraminifera phylum, this new species was discovered in underwater caves off the coast of Spain, but is only the eleventh known species in the schizaminid family. It’s also a master of mimicry: it builds its shell to look like a carnivorous sponge and even eats like one. Scientists have dubbed it: Spiculosiphon oceana. Photo by: Manuel Maldonado. 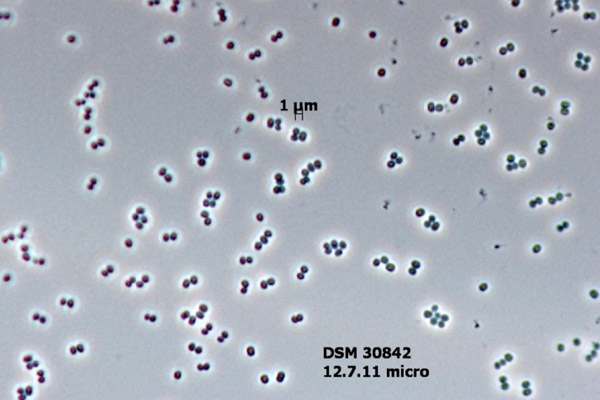 Scientists construct space craft in so-called clean rooms, in order to drastically mitigate the amount of microbes that could potentially hitch a ride to space. But no matter how clean these rooms are, life finds a way. Recently, scientists discovered a new species of microbe in two different spacecraft-building clean rooms thousands of miles apart: one in Florida and another in French Guiana. The new species, Tersicoccus phoenicis, survives on almost nothing. Scientists speculate that it inhabits extreme environments somewhere on Earth, such as deserts or caves. Photo by: Leibniz-Institute DSMZ and Jet Propulsion Laboratory, California Institute of Technology. 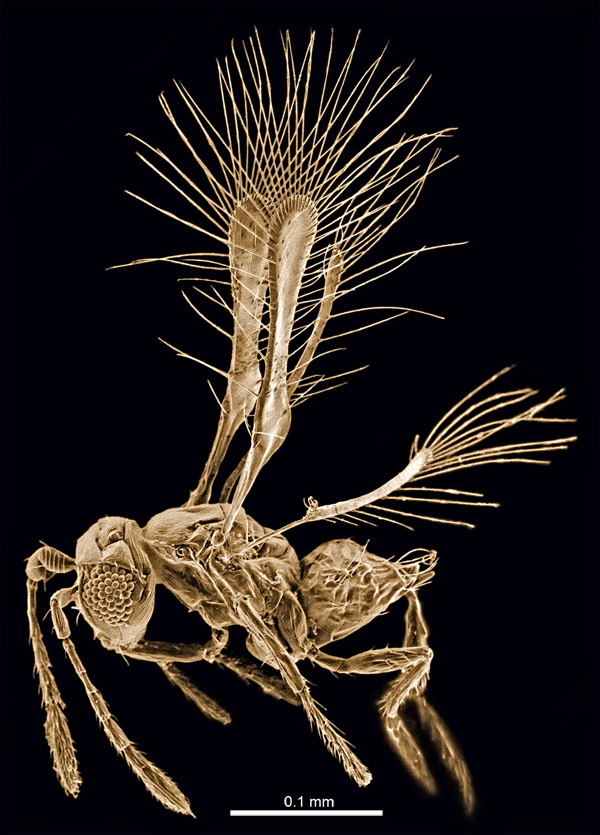 A new genus of fairyfly has been named after the irascible fairy in the literary classic, Peter Pan. Actually wasps, fairyflies are short-lived parasitoids in the Mymaridae family. In other words, they lay their eggs in a host’s nest. Eventually when the fairyflies hatch they eat the host’s offspring. They are also among the smallest insects in the world. This new species, Tinkerbella nana, is only 250 micrometers long. It was discovered in secondary-growth rainforest in Costa Rica. Photo by: Jennifer Read. 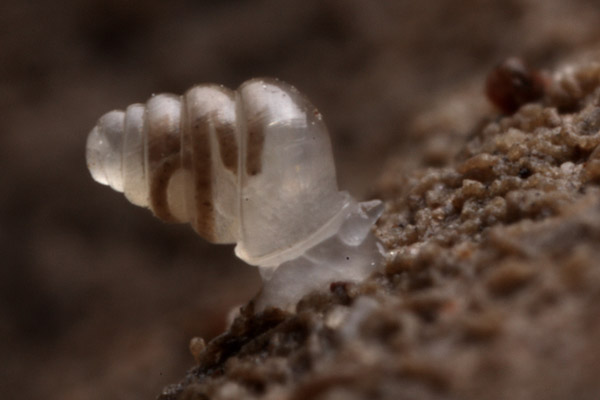 It’s eyeless, translucent, and moves only a few centimeters every week. Meet Zospeum tholossum, a tiny snail (2 millimeters long) discovered over 900 meters deep in the Lukina Jama-Trojama caves in Croatia. During the expedition, cavers found only one living individual of the new species, but uncovered several empty shells. Researchers hypothesize that the species may be able to move more quickly by hitching a ride on bats or cave insects or jumping into water currents. Photo by: Jana Bedek.

(05/02/2014) Malaysia is set to lose ancient limestone formations to quarrying despite the discovery of new species of geckos in the area. The species are described in three studies recently published in the journal Zootaxa. One of the discoveries, Cyrtodactylus metropolis, is the first endemic vertebrate species discovered in the Batu Caves area.