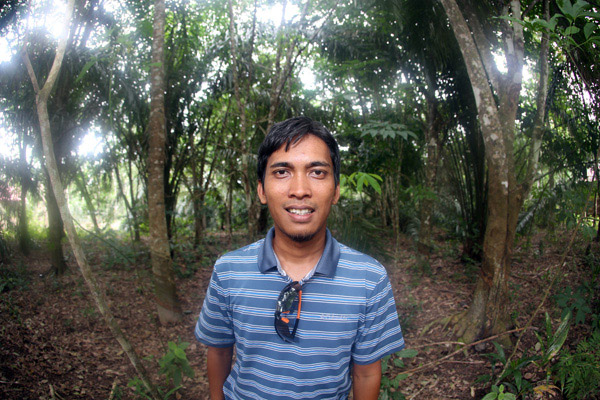 Indonesia has become notorious for its high rate of forest loss, but there are nascent signs of progress. The central government has implemented a moratorium across some 14.5 million hectares of previously unprotected forest and peatlands, while a handful of predominantly Indonesian companies have adopted policies that establish social and environmental safeguards for commodity production. Some of the credit for these developments is attributable to pressure from environmental activists, who have waged campaigns against some of the country’s biggest and most powerful companies.

In May 2014, Mongabay caught up with one of these activists: Zamzami from Greenpeace in Riau. Zamzami has been with Greenpeace for five years, enough time to see dramatic changes in the landscape. Three companies that were top targets of Greenpeace — Golden-Agri Resources, Asia Pulp & Paper (APP), and Wilmar — have announced far-reaching policies that have the potential to transform the palm oil and pulp and paper sectors in the country.

AN INTERVIEW WITH ZAMZAMI OF GREEPEACE-INDONESIA 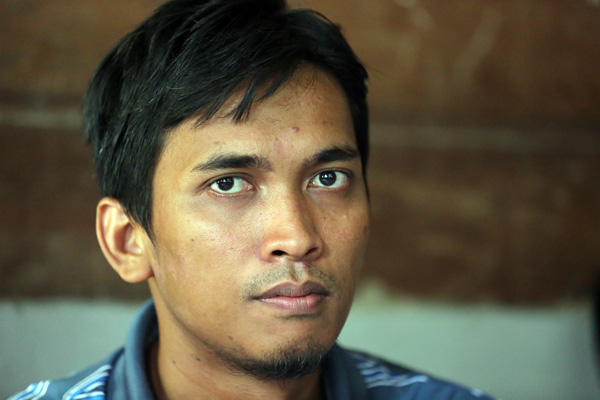 Mongabay: What do you do?

Mongabay: Where are you from?

Zamzami: I’m from West Sumatra. I’ve lived in Pekanbaru since leaving the university.

Mongabay: What did you study at the university? 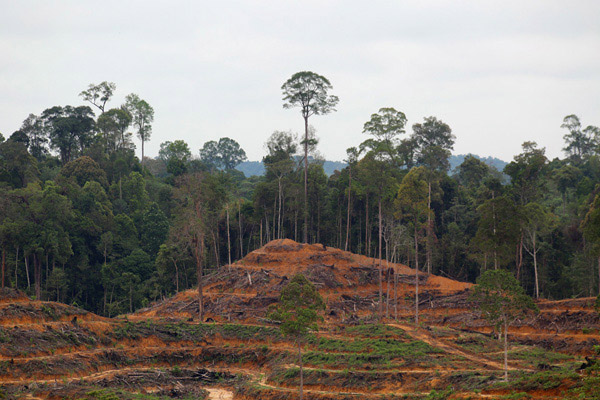 Illegal deforestation for oil palm in Sumatra in May 2014.

Mongabay: Why did you join Greenpeace?

Zamzami: I was a journalist from 2004. I worked in several regions in West Kalimantan and Pekanbaru. When I resigned from newspaper, I returned to Pekanbaru and Greenpeace offered me a job. At the time, I didn’t know much about Greenpeace. Most of what I knew was based on their public demonstrations, like hanging banners and chaining themselves to cargo ships. I wasn’t into those kind of things myself but I wanted a new type of experience and my journalist friends had positive views on Greenpeace, so I decided to join.

Mongabay: How do you know where to investigate and protest?

Zamzami: Most of the data analysis for the office in Riau comes from Jakarta. For example, the team provides hotspot analysis weekly. We then do the ground-truthing, including documentation with photos and video

Mongabay: Were you surprised how Greenpeace’s relationship with APP has changed over the past two years?

Zamzami: The biggest challenge was how to convince myself that APP had changed — how to stop campaigning against a notorious forest destroyer that had been a target for so long. Sometimes communities with which we’ve worked and campaigned still doubt that APP can become a good company.

Another challenge is how to convince local NGO and explain what the Greenpeace position is on the APP policy. Some colleagues in other NGO’s still don’t understand Greenpeace’s position.

But working with the big company who reforms is something that must happen. Because that’s how change happens. 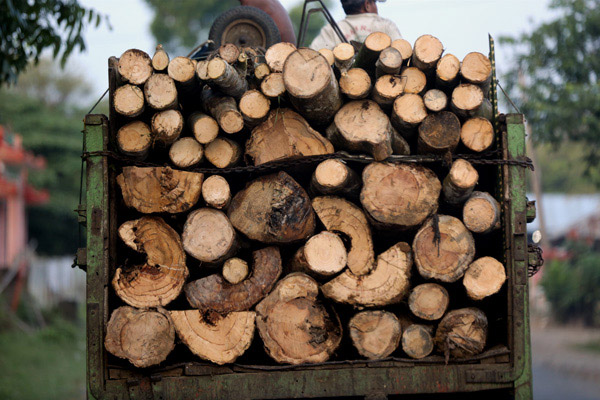 Timber being transported in Medan, Indonesia

Mongabay: You met Harrison Ford when he came to Indonesia to film Years of Living Dangerously, a documentary about climate change. What were the circumstances of that meeting?

Zamzami: I was a fixer for the Harrison Ford team. I helped identify good places to film, including Tesso Nilo to highlight the beauty of the forest and the illegal palm oil that’s been developed in the park. I also pointed out sites where forest fires were occurring.

Mongabay: What was it like to meet Harrison Ford?

Zamzami: I hadn’t seen many of his movies so I wasn’t familiar with his roles in Star Wars or Indiana Jones. About the only movie I had seen was Air Force One. My first impression came when he arrived in Tesso Nilo. When he came out of the helicopter, he saw a plastic bottle on the ground. We went over, picked it up, and threw it in the trash.

He was very interested in the forest and the animals. He seemed very concerned about deforestation and palm oil.

Mongabay: What are the biggest forest issues here in Riau?

Zamzami: Deforestation driven by the big companies: pulp and paper and palm oil. Another big issue is illegal palm plantation, like encroachment into national parks.

Law enforcement itself is also a problem. We often see that the palm oil has been developed right next to the river where it’s not allowed. But no one from government cares enough to take action against the owner of the plantation.

Government responds to whatever is in the media and then ignore once it is out of the spotlight. For example, everyone knows half of Tesso Nilo has been encroached by palm oil, but the government only takes action when the issue is raised, like when Harrison Ford visited. Police came after Harrison Ford exposed it and the permits for the plantations were finally revoked last week. Authorities destroyed 200 hectares of oil palm where Ford visited. But the other areas of illegal oil palm — tens of thousands of hectares — still remain.

Mongabay: Is there much concern about water pollution from plantations?

Zamzami: There is much of a focus on water pollution in Riau. But when there is a big accident with pollution, then authorities take notice. The only NGO focused on water in Riau is River Defender. 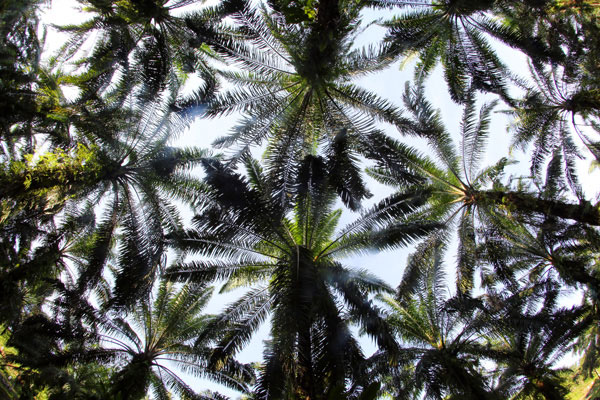 Mongabay: Is there much concern about food security in Riau?

Zamzami: We don’t have that issue right now. Riau is next to West Sumatra, which is the center for agriculture, so we get food from them.

The government will often grant concession for plantations in the same place that have been allocated for rice paddies, which results in conflict.

Mongabay: Is there much environmental awareness among normal people?

Zamzami: Generally no, but during the forest fires, communities organized a social media campaign to highlight the issue and try to get the President’s attention. After 9,000 mentions to his account on Twitter, President SBY responded and came to Riau. It was the first time SBY came to Riau specifically over the fire and haze issue during his presidency. The case demonstrated the power of communities and social media in Indonesia — why couldn’t government officials get him earlier?

Mongabay: He didn’t come in response to Singapore’s complaints over the haze?

Zamzami: No, he did not come when the fires were driving haze over Singapore. It was a direct result of the social media campaign.

Mongabay: NASA says it will be a bad el Nino year – is the local government taking any action to prepare?

Zamzami: The government is getting five people from every village to be responsible for putting out fires quickly. But that effort is behind schedule and it hasn’t finished appointing community firefighters. 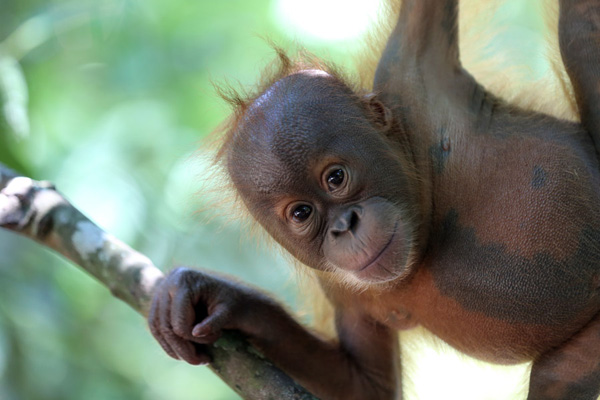 Mongabay: Are the big companies avoiding punishment for haze?

Zamzami: Only one big company got punished in court, although that process isn’t finished yet, so ultimately it may not be punished.

Mongabay: Do companies ever set fires around their concessions, burning community land?

Zamzami: Yes, its a strategy for getting more land for oil palm.

Mongabay: What is the solution to these problems?

Zamzami: The commitments from companies are a good start to stop deforestation because the government doesn’t push industry itself. But these commitments need to be strong.

The second is forest fires, which are a big problem in Riau. The government only provided the tools to put out the fire, it is not addressing the root problem, which is peatlands destruction. The solution is protecting peatlands.

Third is law enforcement itself. Every district government knows about illegal development in protected areas. They only take action the media reports it.