Scientists have discovered 14 new species of frogs in the mountainous tropical forests of India’s Western Ghats, all of which are described in a recent study published in the Ceylon Journal of Science. The new species are all from a single genus, and are collectively referred to as “dancing frogs” due to the unusual courtship behavior of the males.

The Western Ghats (WG) is a strip of mountains that runs parallel to the west coast of the southern half of the subcontinent. Renowned as one of the world’s top biodiversity hotspots, the lush forests of the WG are home to a vast array of species, including 139 mammal and 508 bird species, many of which are endemic and threatened by human encroachment.

New species, genera, and even families of animals are discovered in the WG on a regular basis. In the past 15 years alone, scientists have discovered 75 new amphibians in the WG. The area is particularly conducive to the formation of new amphibian species because of its overall warm and humid climate, its isolation from other amphibian-friendly areas, and because it contains many different stream systems that effectively separate frog populations from one another. 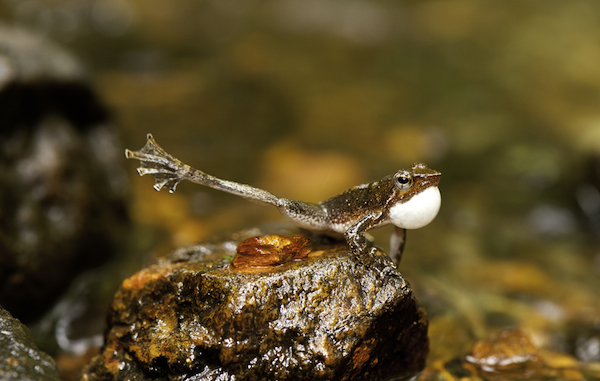 The 14 new frog species most recently described were found over a period of 12 years by Dr. Biju Das of the University of Delhi along with other researchers from other Indian institutions. The frogs are all from the genus Micrixalus, a group that diverged from other frog genera about 85 million years ago, and are known to exist only in the WG. Commonly known as “dancing frogs,” these species greatly expand the dancing frog family, Micrixalidae, of which only 11 species were previously known.

The frogs earned their colorful moniker by unique leg movements the males make when trying to attract mates. While most male frogs simply croak to get the attention of females, male dancing frogs twist, extend, and wave their hind legs in a display called “foot-flagging.” Das believes this is because they live in fast-flowing streams, an environment too noisy for conventional croaking.

“Foot-flagging probably evolved multiple times in this group as an adaption to overcome the ambient noise of flowing water in the environment,” Das told mongabay.com. “Besides calling, males display the foot-flagging behavior to communicate and to attract females in order to complete their breeding cycle. If a particular group of frogs do not inhabit noisy environments, then they probably do not need to evolve adaptations such as foot-flagging.”

Due in large part to their sensitivity to environmental changes, frog populations are declining around the world. There is a plethora of reasons for this, from accidental introduction of a deadly fungus to habitat loss and degradation to the effects of climate change. Amphibians are going extinct at a rate that is, at the very least, 211 times greater than natural extinction levels. Of these many casualties are the golden toad ( Bufo periglenes) of Costa Rica and the gastric-brooding frog (genus Rheobatrachus) of Australia. Globally, 32 percent of all amphibian species are threatened, and 486 are listed as Critically Endangered by the IUCN.

While relatively isolated from the country’s booming mega-metropolises, the Western Ghats is far from immune to human impacts. Habitat loss is a constant threat as India’s human population continues to climb and ever-more tea plantations and housing developments are carved out of the hills. Portions of the WG are preserved from large-scale development, but many vulnerable populations aren’t afforded any protection. Of the now-24 known species of dancing frogs, seven species are known to exist only outside of protected areas in highly degraded habitats. As dancing frogs usually require undisturbed streams to breed, the researchers are concerned that the discovery of these species may soon be followed by their loss.

However, the discovery of new, endemic species like these frogs can help spur the establishment of new protected areas. According to Biju, who has directly helped find more than 50 new amphibian species over the past 17 years, there may be as many as 100 more frog species still awaiting discovery in the Western Ghats.

“Documenting this biodiversity is the first step towards conservation,” Biju said. “First we have to know what we need to conserve. Discovering new species increases our knowledge of what we have and their status. People are now talking about frogs. I think the change is coming and hopefully it will affect conservation policies, too.” 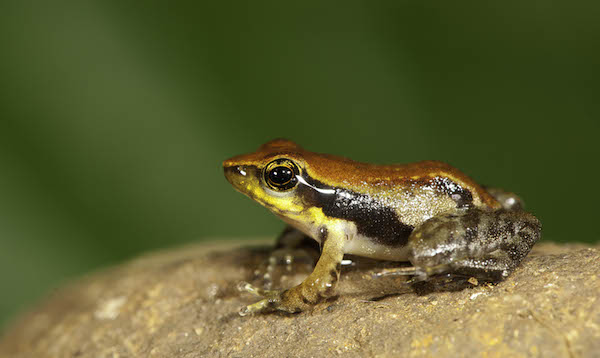 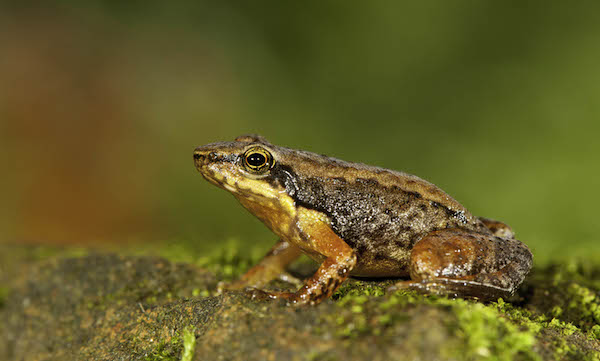 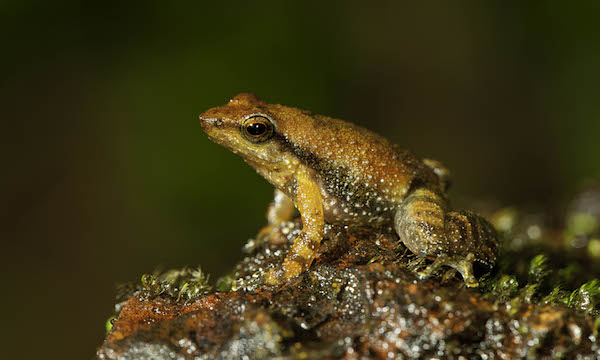 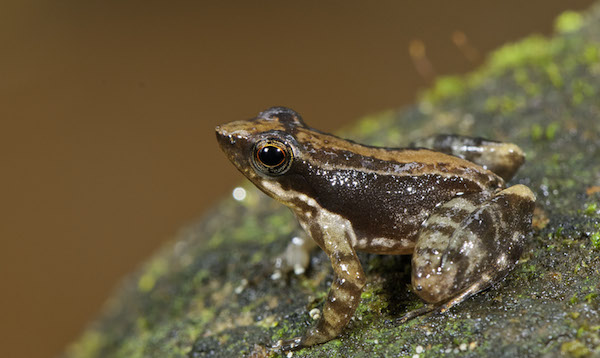 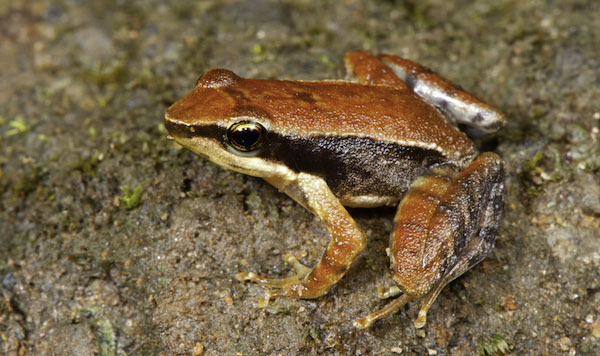 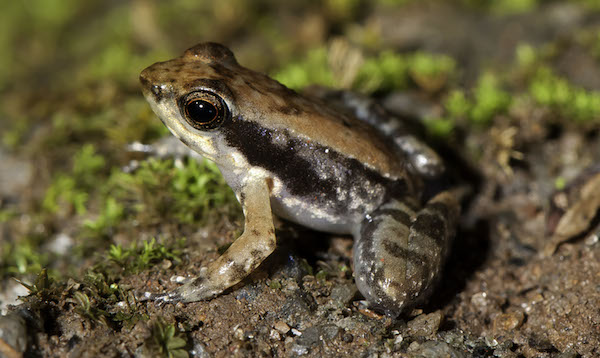 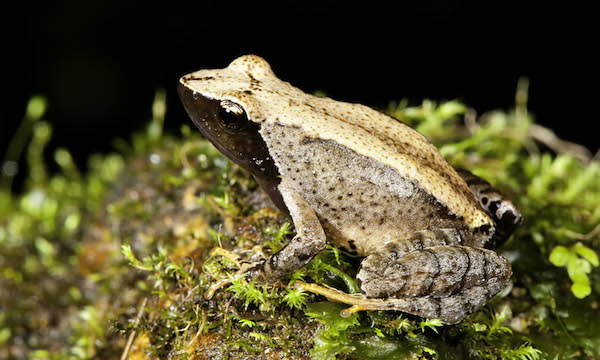 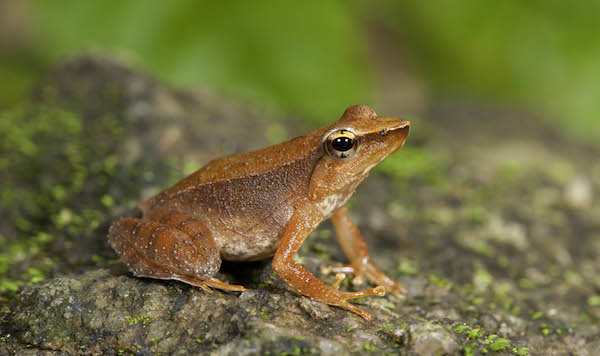 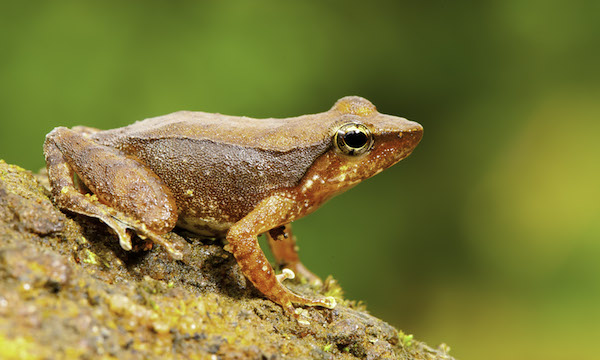 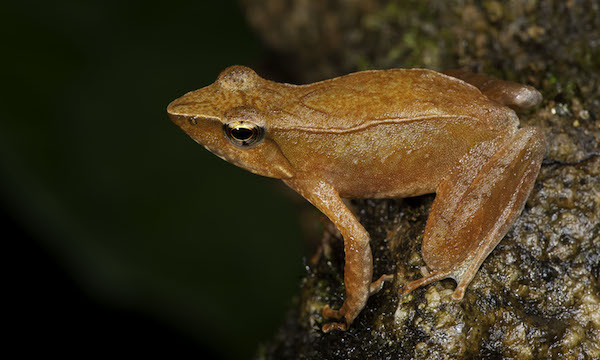 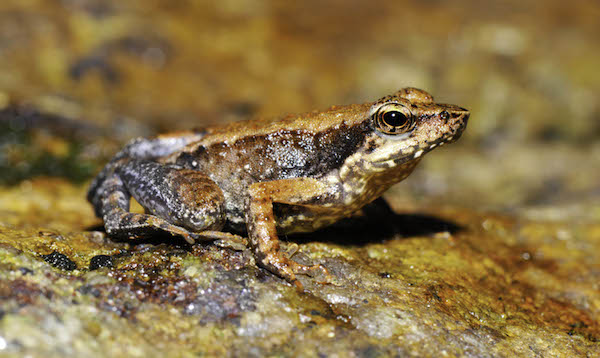 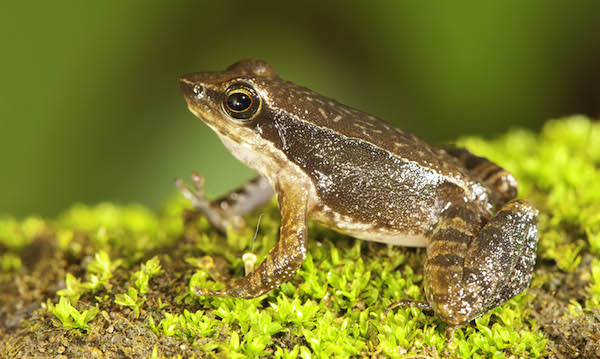 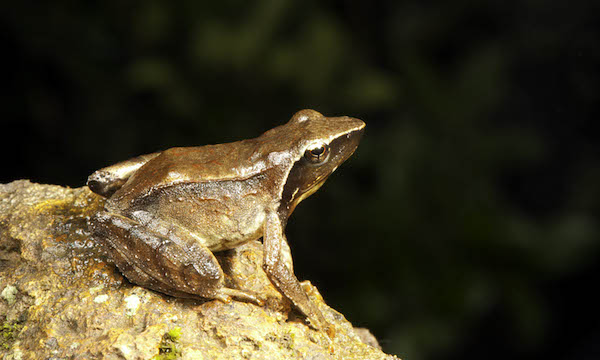 (05/13/2014) The Western Ghats of southern India, one of the world’s top biodiversity hotspots, is a 1600-kilometer (1000-mile) mountain chain that runs parallel to the western coast of the Indian subcontinent. It traverses six states and is home to as many as 250 million people. In an interview with mongabay.com, M.D. Madhusudan of the Nature Conservation Foundation discusses the importance and challenges of establishing protected areas in India.

(05/13/2014) Among the largest and most endangered crocodilians in the world, the gharial is on the verge of extinction today. This harmless fish-eating crocodile has fewer than 200 adult breeding individuals in the wild, their numbers having plummeted rapidly over the past few decades. But among this gloom and doom, conservationists have been working tirelessly to reinstate the wild populations.

(05/12/2014) Breathing in urban India is hard: of the world’s top twenty cities with the worst air, 13 of them are found in India, according to a new analysis by the World Health Organization (WHO). Despite the attention recently given to Chinese cities for atrocious air pollution, many of India’s cities are actually worse when comparing annual averages of fine airborne particulates.

(05/08/2014) Indian elephants once freely roamed the rich mid-elevation evergreen forests of the Valparai plateau in the Western Ghats, one of the world’s mega biodiversity regions, but they can’t move the way they used to. Ever-increasing commercial plantations and settlements have become obstacles to the daily and seasonal movements of elephants, creating more chances for often-deadly encounters between humans and elephants.