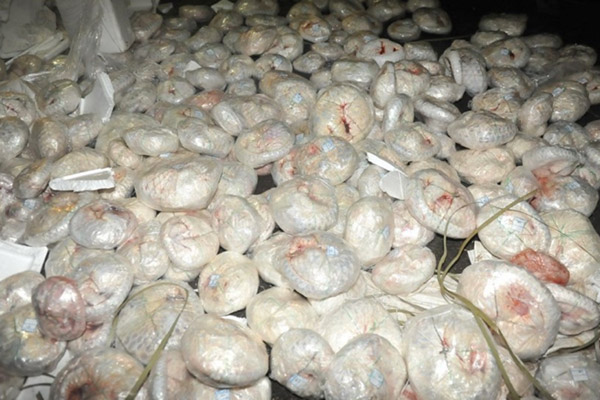 In one of the biggest pangolin trafficking cases yet recorded in China, officials confiscated 956 animals stuffed into 189 coolers this month. The dead pangolins were being carried overland in a truck, with the total haul weighing four tonnes.

The traffickers were caught at the border of Guangdong Province. If convicted, they face up to ten years in jail.

Wildlife experts believe pangolins are among the most—and perhaps even the most—trafficked animals on the planet. The animals are consumed in a number of different ways in East Asia, including China. Their meat is considered a delicacy, their scales are used in traditional medicine, and even their fetuses are eaten in a soup. The scales are made of keratin and there is no evidence that they are a curative.

According to Annamiticus, last year around 8,000 pangolins were confiscated by authorities worldwide, however experts estimate that confiscations only account for 10-20 percent of the total global trade.

Found in Asia and Africa, pangolins are unusual animals that feed on insects with a long tongue and roll into a ball when imperiled. Pangolins are so distinct they make up their own order of species, Pholidota. There are four species of pangolin in Asia, two of which are currently listed as Endangered due largely to the unsustainable and illegal trade. 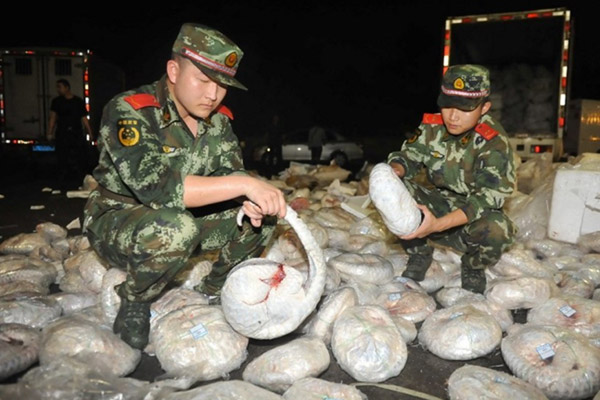 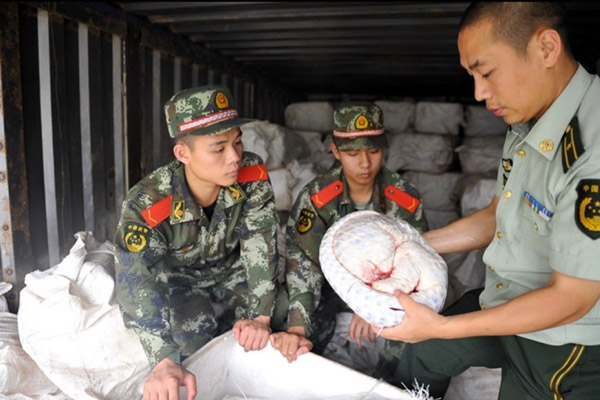 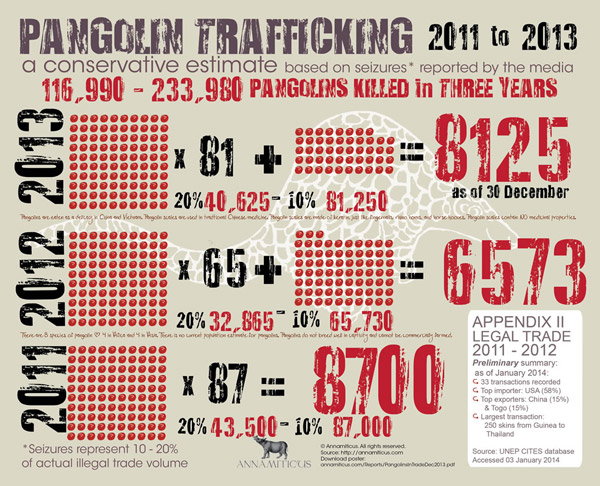 Graph shows confiscation of pangolin trade from 2011-2013. Graph by: Annamiticus. Click to enlarge.

(09/25/2012) Scaly, insect-devouring, nocturnal, and notoriously shy, pangolins are strange mammals who remain unknown to many. But they are facing a major crisis as they are stolen from the wild in East Asia to serve as meat or traditional medicine. In Asia, two of the four species are now listed as Endangered due largely to poaching. Now, a new expert group through the International Union for the Conservation of Nature (IUCN) aims to work toward better research and conservation of the world’s imperiled pangolins, starting with launching a new website, PangolinSG.