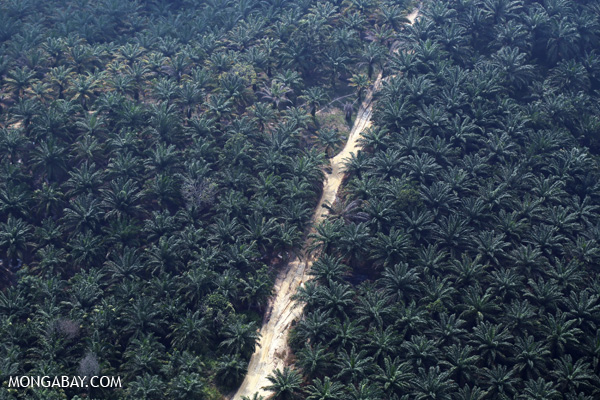 Oil palm plantation in Riau on the Indonesian island of Sumatra. Photos by Rhett Butler.

Archer Daniels Midland (ADM) will join a growing list of companies committing to stricter standards for palm oil production as part of an effort to reduce environmental damage and social conflict associated with the crop.

In a statement released yesterday, ADM said 100 percent of the palm oil it sells to customers in North America will be certified under the Roundtable on Sustainable Palm Oil (RSPO), a body that sets criteria for palm oil production, by 2015. Importantly, ADM also said it will work toward providing “fully traceable, sustainable palm oil” via its relationship with Wilmar International, the world’s largest palm oil company, which recently established a “No Deforestation, No Peat, No Exploitation” policy.

“ADM and Wilmar share a commitment to environmental stewardship and community preservation. ADM supports Wilmar’s recent, ‘No Deforestation, No Peat, No Exploitation’ policy, which is designed to advance industry transformation to help protect people and the environment,” said Ray Bradbury, vice president of ADM’s North American Oils group, in a statement. “This enables us to offer customers a palm oil product that is fully traceable and sourced from crops that are responsibly grown and harvested.” 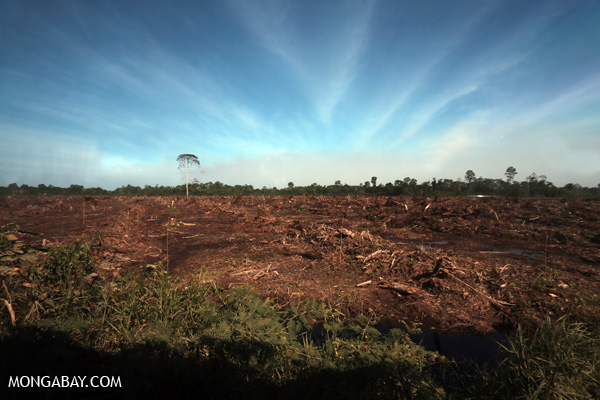 ADM’s endorsement of Wilmar’s policy was welcomed by Catapult, a consultancy that is pushing companies to adopt stronger social and environmental safeguards for palm oil production.

“ADM’s statement sends a clear message signaling a shift towards responsible sourcing,” Catapult said in an emailed statement. “Today’s announcement is one more indication that we are experiencing a transformation in global agriculture. More and more, forest protection is a precondition for access to markets, in the U.S. and Europe, and around the world. Traders and suppliers who act early – like Wilmar – are defining the path forward, and companies that don’t acknowledge the new reality risk being left behind.”

The group however added that ADM’s policy should be strengthened to bring it inline with other recent corporate commitments.

“Going forward, ADM should move to formally adopt a commitment to not buy and sell palm oil grown by cutting down rainforests or digging up carbon-rich peatlands. It should show zero tolerance for community exploitation in its supply chain. And it should clarify whether its new support for responsible sourcing goes beyond palm oil, to include the enormous breadth of commodities the agriculture giant trades worldwide.”

Palm oil is the world’s most productive commercially grown oilseed, but the crop’s expansion has taken an increasing toll on wildlife-rich rainforests and carbon-dense peatlands, especially in Indonesia and Malaysia. Oil palm plantations have displaced forest-dependent communities against their will and brought large influxes of migrant workers, who in some cases have contributed to exacerbating conflicts over land. In some places, palm oil companies operate debt-bondage schemes that lock small landowners into perpetual debt as they grow palm fruit. The new policies aim to address these issues by barring palm oil produced via deforestation, forced labor, or without the consent of local communities. The policies are coming into place as industrial plantations are expanding into new regions, including West and Central Africa, the Mekong region, New Guinea, and the Peruvian Amazon. 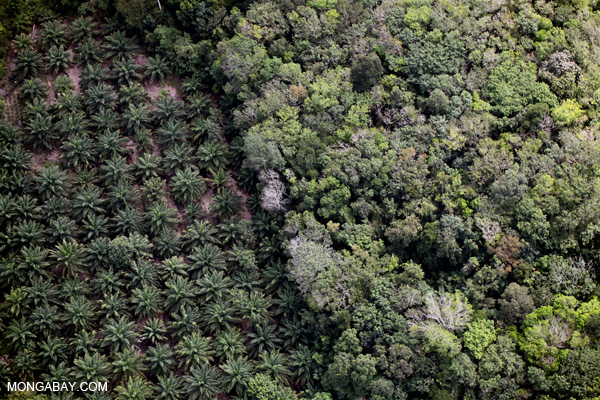