by Morgan Erickson-Davis on 4 April 2014

The brown howler monkey (Alouatta guariba clamitans) is listed as Critically Endangered in Argentina, where a small number persist in the northeastern portion of the country. Although habitat loss and other human impacts have contributed to the populations’ decline, a new report published in mongabay.com’s Tropical Conservation Science, indicates that yellow fever outbreaks in the region are primarily to blame.

Brown howlers as a species are listed as Least Concern by the IUCN, inhabiting the Atlantic Forest ecosystem that spans much of Brazil’s southern coast, and into Argentina. However, their range is extremely limited in Argentina, with only a few small populations persisting in the Misiones province at extremely low densities. In 2008 an outbreak of yellow fever swept through the region and decimated howler monkeys, which are particularly susceptible to infection.

“In [our study area], all our four study groups were killed by the outbreak in January 2008,” Ilaria Agostini, a howler researcher and editor of the report, told mongabay.com. “We could think of an initial population size of about 200 individuals for Misiones. This is still a best guess, since we have no census data. Thus, on the basis of the impact proposed, the 2008 outbreak may have reduced this population to a number between 40 and 80 individuals.” 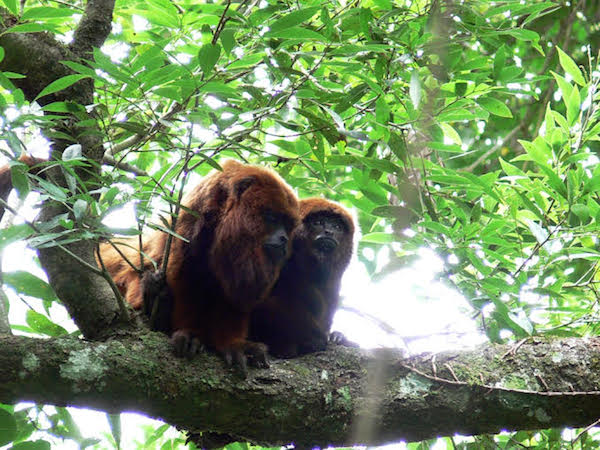 Yellow fever is an acute viral disease spread by mosquitoes. In humans, symptoms such as fever and headaches typically subside after five days, with vaccines widely and inexpensively available. Still, of the 200,000 human infections reported annually, around 30,000 result in death. For howler monkeys, the death rate is much higher, with 90 percent mortality observed during lab experiments conducted in the 1950s. While mortality rates are likely to be less in the wild, even a small reduction in numbers could spell doom for low-density populations like those that exist in the Misiones.

“This small brown howler population could be reduced to extremely low numbers by a new yellow fever outbreak in the next few years,” Agostini said. “This could bring the population to a bottleneck from which it can be hard to recover. In fact, when only a few individuals survive, some further threatening factors can arise… [that] could drive the population into an extinction vortex and ultimately cause its extinction.”

The report used computer modeling to estimate the response of the Misiones brown howler population to disease outbreak scenarios. Using the results of their modeling, the researchers drew up a list of recommendations to include in conservation plans. Of top priority is implementation of a surveillance program for early detection of infection outbreaks in both monkey and human populations. 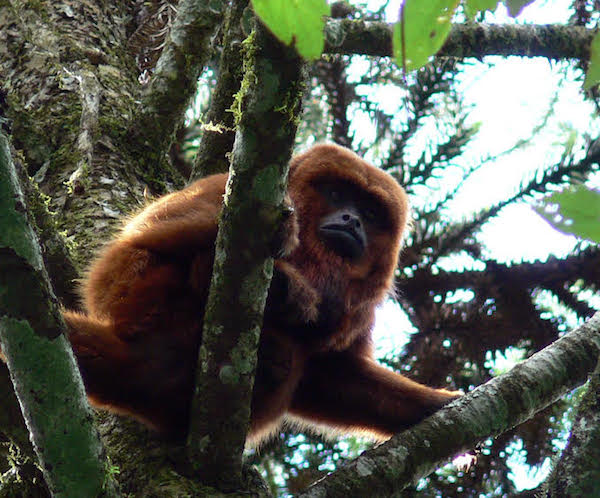 “I think that the best way of implementing a yellow fever surveillance system is through the involvement of park rangers in a long-term monitoring program,” Agostini said. “This would imply an initial training process in which parks and reserves personnel should learn ways to increase the chance of encountering a howler in the forest, how to distinguish between brown howlers’ and black and gold
howlers’ (Alouatta caraya) loud calls, what to do in case of finding a dead howler corpse, etc.”

Conservation of brown howler monkeys in the Misiones is important for a variety of reasons. They play an important role in Atlantic Forest ecosystems, and their loss would reduce the biodiversity of the Misiones. In addition, the species is currently in decline throughout South America, and the extinction of Argentinian populations would significantly reduce its range. Finally, the presence of howler monkeys can help protect local human communities.

“[Howlers] play an important role as ‘disease sentinels,’ Agostini said. “Due their high sensitivity to yellow fever, the detection of death of several howler monkeys provides an early warning for health authorities that can prompt a rapid vaccination campaign to protect human population.”

“As such, howler monkeys play a critical role in helping avoid the re-urbanization of the disease and are essential for protecting people living in areas where the virus is circulating, but who are not or cannot be immunized.”