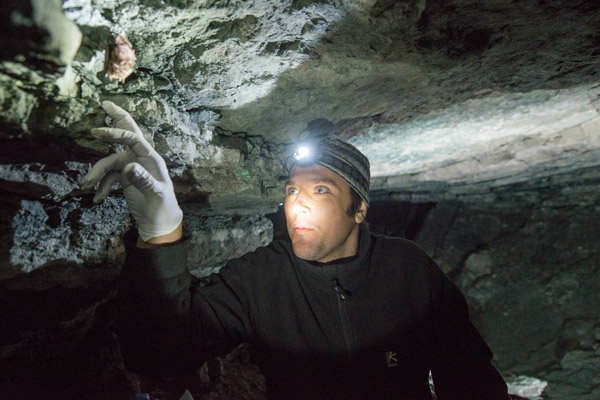 In a country increasingly known for its authoritarian-style crackdown on activists and dissidents, a bat scientist has won a number of impressive victories to protect the dwindling forests of the Western Caucasus. Beginning in the 1990s, Russian chiropterologist Suren Gazaryan led a number of campaigns to fight illegal development, including mansions for then-president Dmitry Medvedev; regional Governor of Krasnodar, Alexander Tkachev; and even a project allegedly intended for president Vladimir Putin. For his efforts, Gazaryan was awarded today with the Goldman Environmental Prize (see interview below), often called the Nobel Prize for the environment, along with five other winners around the world.

Working with the Environmental Watch on North Caucasus (EWNC), Gazaryan employed non-violent action and social media to take on the construction of pleasure palaces for the political elite on protected land as well as protest development projects intended for the Sochi Winter Olympics.

“The very people responsible for creating these laws were the first to violate them,” Gazaryan said in a video (below).

After a protracted campaign, including blocking bulldozers intended to build a palace for Medvedev, Gazaryan and other environmentalists succeeded in creating the Utrish Nature Preserve, which today preserves over 10,000 hectares along the coast of the Black Sea. They also halted illegal logging in Chernogorye Wildlife Refuge. Moreover, they meticulously documented environment damage and corruption in the region linked to this year’s Sochi Winter Olympics. The Caucasus are listed as a world biodiversity hotspot, including thousands of species found no-where else.

However, these environmental victories eventually forced Gazaryan into exile. In 2012 he was sentenced to three-years probation for taking part in a public rally against a land grab for a mansion for regional governor, Tkachev. Just months later, Russian officials charged Gazaryan with making death threats against security guards while the scientist protested outside a lavish mansion linked to Vladimir Putin. However, after photos of the Italian-style palace were made public, Putin denied any connected to the media-dubbed “Putin’s Palace” and it was eventually bought by Russian billionaire, Alexander Ponomarenko.

Gazaryan says he never made threats against security guards, but rather than spend years in jail, he sought asylum in Estonia. However, others involved in the protests have not been so fortunate: geologist Yevgeny Vitishko is currently spending three years in a penal colony. Meanwhile, the EWNC has had its bank accounts frozen and been ordered by the government to register as a foreign entity. But Gazaryan hopes to continue his work from abroad.

“Looking forward my main goal is to continue to try to change people’s consciousness so that they better understand that nature isn’t something we can just sell off and get rich on,” Gazaryan said in a video. “We have to preserve these places for future generations.”

Mongabay.com recently conducted a short interview with the Goldman Environment Prize winner, an honor that includes an award of $175,000.

Mongabay: What attracted you to bats in the first place?

Suren Gazaryan: I was a spelunker, exploring and studying caves—I was a hydrobiologist at first—and realized the bats in the Russian Caucasus were poorly understood (not studied). I went to graduate school and studied bats as the topic of my doctoral dissertation.

Mongabay: At what point in your research did you know that you needed to go beyond science and into activism?

Suren Gazaryan: In the late 1990’s I was exploring a cave in the Western Caucasus mountains and discovered a previously unknown colony of rare bats and the cave was under threat because the local authorities wanted to turn it into a tourist site (a “show cave”—for profit). Also there were illegal logging operations devastating the landscape around the cave. I reached out to a group that was later called the Environmental Watch on the North Caucasus and we carried out a successful campaign to stop the illegal logging and prevent the cave from being turned into a tourist site. The bats were saved.

Mongabay: You and other activists took bold action against construction projects meant for Russia’s most powerful men. Where did you find the courage to make such a stand?

Suren Gazaryan: I didn’t think about this. I was responding to the circumstances around me. We didn’t need courage to take action, we weren’t under threat until after the action was taken. We knew the government wouldn’t like it, but we didn’t expect such a severe reaction. We were always ready for such a contingency, but any person in Russia could become a victim of the government—being an environmental activist just makes it more likely that you’ll come into conflict with the government.

Mongabay: What role did social media play in your campaigns to protect the Western Caucasus?

Suren Gazaryan: We used social media as an alternative to mainstream media. Our materials wouldn’t be published in the mainstream media. It is easier to use social media networks to distribute our materials. As social networks were developed in Russia it became clear that people expressing their personal point of view—not a press release—was much better received by the public, so social networks were (and remain) a more successful means for our communications. We also used social media networks to organize widespread actions in different cities across the country in protest of the development of Medvedev’s resort on the Black Sea shore. These kinds of public rallies couldn’t be coordinated without social media in such a huge country like Russia.

Mongabay: Russia is in the global media focus right now many reasons, including its treatment of activists. You’ve had to leave the country in order to remain out of prison. What would you say to Russians who are contemplating activism, including non-violent direct action, in order to achieve change in their country?

Suren Gazaryan: I don’t know. It depends on the specific circumstances. Sometimes it stands to consider your personal safety before the cause at hand. Society can’t protect you if the authorities decide to persecute you. But don’t lose hope. Things could change for the better and then people should be ready to act.

Mongabay: Given the magnitude of global environmental problems, what do you think needs to be done to hand off to our children a better world?

Suren Gazaryan: Humanity needs to resolve its worst global problems. The modern condition of humanity is unsustainable. Humanity continues to destroy the planet even though we understand that it’s a dead end. We need to somehow protect the natural world as an inheritance for our children. We need a global action plan. However, I am skeptical whether this is possible. 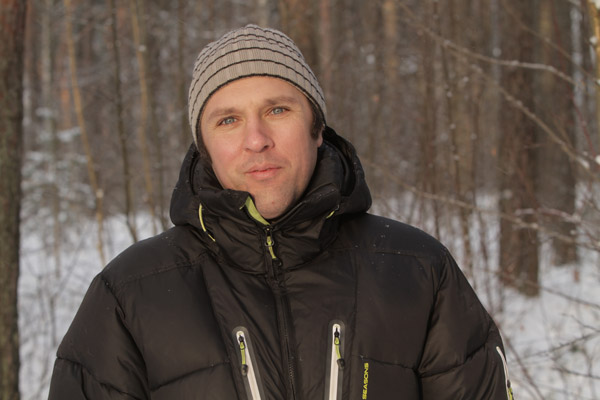 (04/15/2014) At least 908 people were murdered for taking a stand to defend the environment between 2002 and 2013, according to a new report today from Global Witness, which shows a dramatic uptick in the murder rate during the past four years. Notably, the report appears on the same day that another NGO, Survival International, released a video of a gunman terrorizing a Guarani indigenous community in Brazil.

Schwarzenegger targeted by environmentalists for investments in forest-destroying companies

(03/31/2014) Former movie star and politician Arnold Schwarzenegger is facing criticism after Global Witness produced evidence that his investment company is profiting off rainforest destruction in Southeast Asia. The findings are significant because Schwarzenegger championed rainforest conservation while serving as governor of California.