The forestry sector in the Democratic Republic of Congo (DRC) is completely out of control, according to a new eye-opening report. Put together by the Chatham House, the report estimates that at least 87 percent of logging in the DRC was illegal in 2011, making the DRC possibly the most high-risk country in the world for purchasing legal wood products.

The DRC contains Africa’s largest expanse of tropical forests, including the bulk of the Congo Rainforest. As such it is home to a number of species found nowhere else, including the okapi (Okapia johnstoni) and bonobo (Pan paniscus) among many others. The country also houses a number of indigenous forest tribes, many of whom have struggled against illegal logging.

“Although the [DRC’s] deforestation rate is relatively low compared with that of many other tropical countries, it is among the highest in the Congo Basin and is rising,” reads the report, adding that “only around 10 percent of the DRC’s forests are currently designated for logging and official log production remains low in relation to the area of forest.” 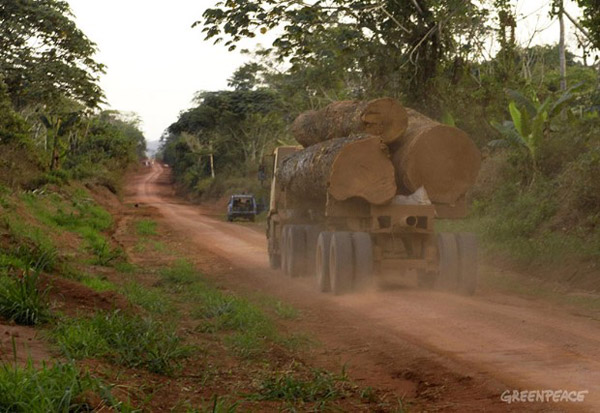 Logging truck in the DRC. Photo by: © Thomas Einberger/argum/Greenpeace.

But illegal logging is booming: actual log harvests are currently eight times higher than the government’s official data. The major problem, according to the report, is poor governance.

“DRC is a huge place, and is extremely impoverished and anarchic following years of kleptocracy and conflict,” author of the report Sam Lawson told mongabay.com. “In a poor country with little in the way of industry, illegal logging is also a tempting way for companies and corrupt officials to make money.”

Lawson also points to a growing domestic market for wood in the DRC. According to the report, harvests for domestic use have doubled in the last six years.

“The growing populations in DRC’s major cities also play a part: demand for timber for local use is rapidly rising, and there is limited ‘legal’ supply,” noted Lawson.

The DRC’s population is currently growing at a steady clip of 2.86 percent annually according to the CIA with the urban population growing at 4.19 percent in part due to migration from the country to the city.

However, there is still time to protect the bulk of DRC’s forests. 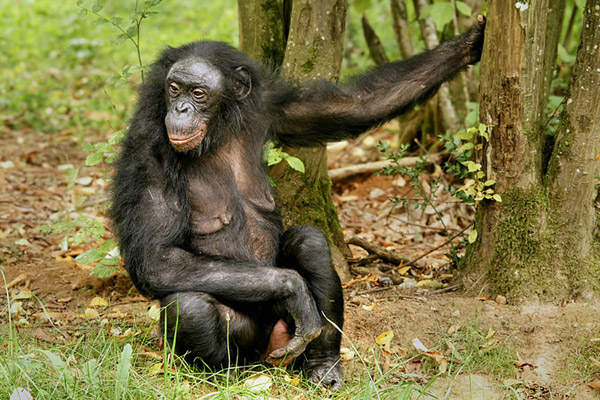 Bonobo in zoo in France. The bonobo, one of seven great apes, are only found in the DRC. The country is also home to chimpanzees and gorillas. Photo by: Hans Hillewaert/Creative Commons 3.0.

“Unlike some other tropical forest countries, there is still a lot of valuable forest worth saving, and the pace at which what remains is being degraded and destroyed is still sufficiently slow,” reads the report.

To get the situation under control, the Chatham House report recommends that the DRC drastically improve transparency, increase enforcement efforts, and maintain the moratorium on new licenses for industrial logging. Finally, the DRC needs to deal with its smallscale logging.

“It must also be recognized that the majority of harvesting in the DRC is currently illegal artisanal logging for domestic and regional markets. It is important that steps are taken to bring this large industry under formal control,” the report reads.

Despite the massive epidemic of illegal logging in the DRC, Lawson says “one bright spot” are the recent laws in the U.S., Europe, and Australia that criminalize importing illegally harvested wood from abroad.

“This is helping to encourage the [DRC] government and the logging companies to begin moving in the right direction,” said Lawson. “The EU is also actively engaged in DRC in trying to improve forest governance, supporting civil society and independent monitoring and negotiating with the government.”

Lawson notes that any wood imported from the DRC must be considered suspect, a fact highlighted by the recent confiscation of DRC-logged wenge wood in Germany.

Worldwide illegal logging is worth $30-$100 billion in ill-gotten gains, according to a 2012 report by INTERPOL and the United Nations Environment Programme (UNEP). It is also responsible for 15-30 of total forest loss in the tropics. The practice not only harms local communities, threatens biodiversity, and worsens climate change, but also results in lost revenue for often poorer governments. Conflict between illegal loggers and forest communities often results in violence and sometimes murder.

“When the forests are destroyed or degraded by illegal logging, livelihoods are damaged or destroyed,” said Lawson. “Illegal logging also fuels corruption and conflict, preventing the country as a whole from developing. The poor stay poor as a result.” 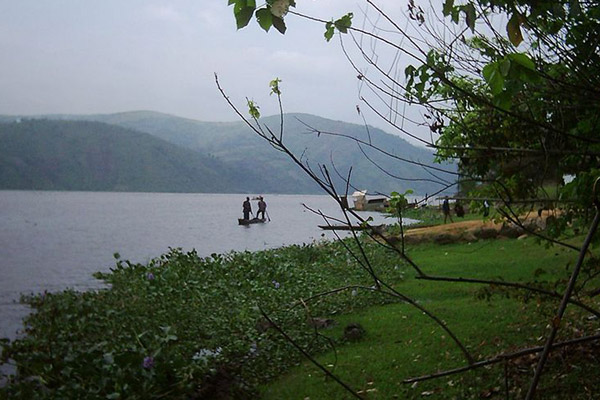 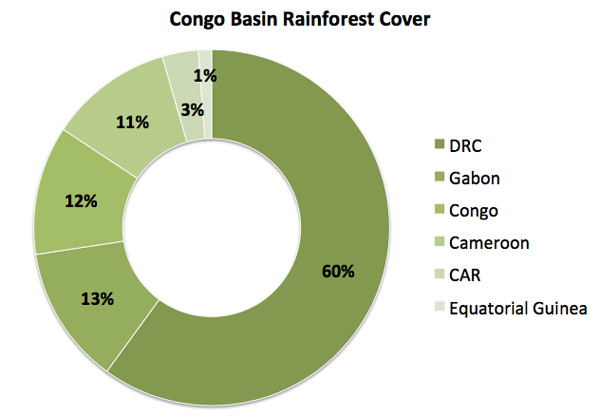 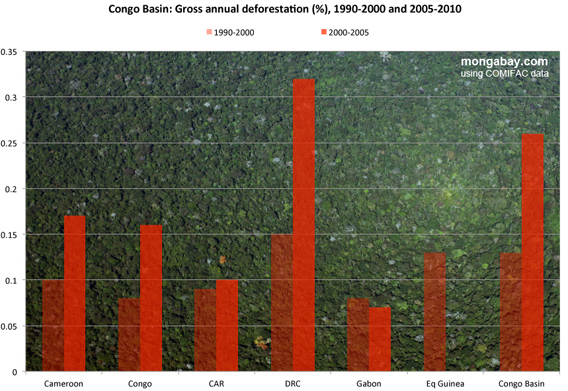 (03/04/2014) Europe is failing to fully enforce its one-year-old EU Timber Regulation (EUTR), alleges Greenpeace, with illegally-logged wood still slipping into the continent, especially from the Democratic Republic of Congo (DRC).

A year after devastating attack, security returns to the Okapi Wildlife Reserve (photos)

(09/09/2013) On June 24th of last year, MaiMai Simba rebels, led by an elephant poacher known as Morgan, launched a devastating attack on the headquarters of the Okapi Wildlife Reserve in Epulu, Democratic Republic of Congo (DRC). The attack, which was reportedly in response to a crack down on poaching and illegal mining in the park, left buildings burned, equipment destroyed, and six people dead including two rangers. The militia also left with 28 women hostages, many of them minors. As if to add insult to injury, the militia didn’t leave until they shot dead all 14 captive okapis at the headquarters, which were used as wildlife ambassadors for the local community.

(07/30/2013) In 1917, Joel Asaph Allen examined an innocuous species of shrew from the Congo Basin and made a remarkable discovery: the shrew’s spine was unlike any seen before. Interlocking lumbar vertebrae made the species’ spine four times strong than any other vertebrate on Earth adjusted for its size. The small mammal had been discovered only seven years before and was dubbed the hero shrew (Scutisorex somereni), after the name give to it by the local Mangbetu people, who had long known of the shrew’s remarkable abilities.