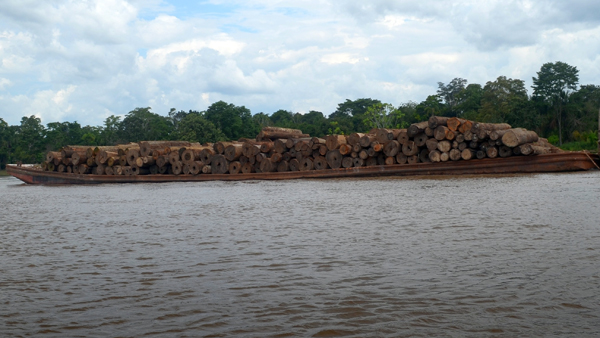 Logging barge traveling down the Amazon River in northern Peru. According to new study, many of these giant logs may have come from unauthorized areas, including protected areas and indigenous territories, outside of legal concessions. Credit: Clinton N Jenkins

Nearly 70 percent of “officially inspected” logging concessions in Peru have had their permits canceled or are under investigation for major breaches of forestry laws, finds a new study published in the journal Scientific Reports. Worryingly, the research also concludes that forestry permits are being widely used to launder timber illegally logged from outside concession areas.

Analyzing nine years of data from OSINFOR, a Peruvian government agency tasked with inspecting logging concessions, a team of scientists led by Matt Finer of the Center for International Environmental Law and the Amazon Conservation Association found that 68 percent of all concessions supervised by the government were suspected of major violations, while 30 percent of 609 total concessions had been canceled due to breaches of forestry laws. Only 20 percent of concessions received clearance for lesser or no violations from OSINFOR

The findings suggest that despite efforts to improve the sustainability of Peru’s forestry sector via reform of its forest regulations in 2000 and provisions in the 2009 US–Peru Trade Promotion Agreement, abuses remain widespread, according to Finer.

“Our new study presents evidence that the legal logging concession system is in reality enabling an illegal logging crisis in the Peruvian Amazon despite important reform efforts,” he said in a statement. “As a consequence, logging is not contained to concessions, and instead, it threatens all forested lands, including protected areas and indigenous territories.”

The study seems to confirm reports from indigenous communities about encroachment and conflicts with illegal loggers, according to Alberto Pizango, President of AIDESEP, Peruvian indigenous peoples group.

“This new study supports the stories we are hearing from communities across the Amazon,” said Pizango in a release. “The findings also reinforce our demand that the government help us to protect our lands, and that it recognize our rights over the forests where our peoples have lived for hundreds of years.” 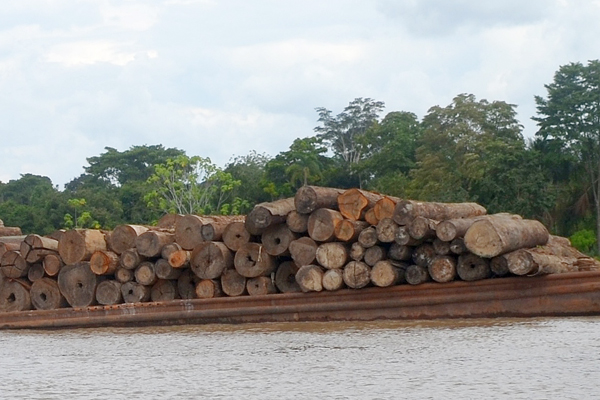 The apparent widespread illegality of logging in Peru raises questions about policies that grant big concessions to forestry companies over traditional land managers at a time when the Peruvian government is publicly committing to reducing deforestation, adds Pizango.

“Large-scale industrial concessions in Peru are fronts for the laundering of illegal logging,” he said. “At the same time, a major actor in forestry in Peru—indigenous peoples who have 12 million hectares of titled land, with the lowest rate of deforestation of any sector, receive no attention or support from the government—unlike the massive enterprises that are destroying the Amazon.” 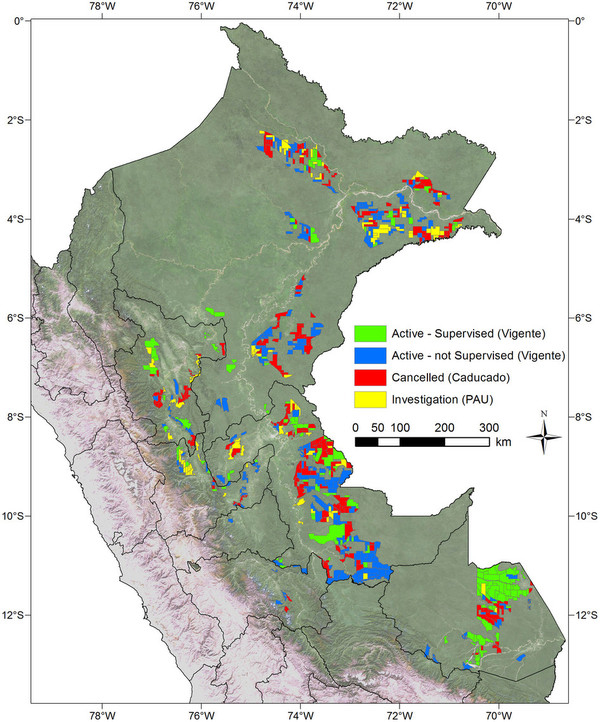 Status of logging concessions in the Peruvian Amazon. Courtesy of Finer et al 2014.

The new study says the problems will likely continue unless the government fundamentally reforms its system for documenting the origin of timber.

“These findings lead us to conclude that the regulatory documents designed to promote sustainable logging are instead enabling illegal logging,” write the authors. “Specifically, logging permits based on falsified annual plans are widely used to harvest trees in unauthorized areas. As a result, much of the timber coming out of the Peruvian Amazon is sourced outside of authorized concession areas. Thus, we argue that the problem is a combination of a lack of oversight and enforcement prior to OSINFOR inspections, and fundamental shortcomings of existing law.”

Under the current system, authorities check documents accompanying timber only in transport or upon arrival in port, rather than at the source of extraction, leaving ample opportunities for fraud. Additionally, field inspections occur after harvesting. These practices ensure enforcement comes too late to be effective.

“This means that in practice the transport permits (GTFs) are not linked to the concession area in question. Instead, they become a tradable item and enable loggers to launder timber extracted outside of authorized areas. Once timber in transit has a GTF, it is very difficult for authorities to identify the original source of the timber,” the authors write. “Until there is a significantly improved regulatory system in place, consisting of both improved enforcement and legal reforms, it will remain difficult to control the Peruvian forestry sector and effectively restrict logging to authorized areas.”

“Until the legal system shifts the focus away from transit documents and towards verifying extraction of wood at the source and the subsequent chain of custody, widespread illegal logging will likely persist.” 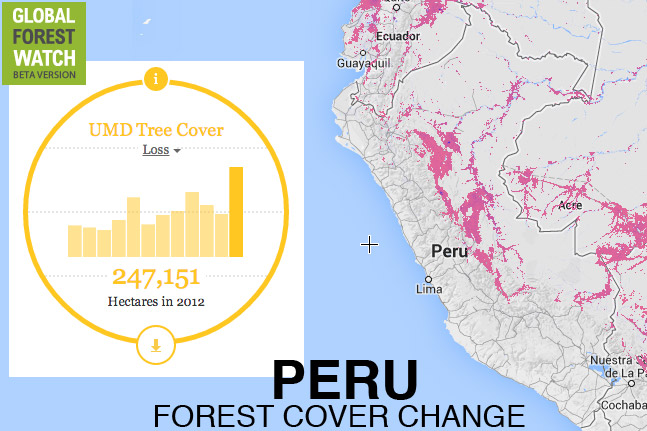 According to data from Global Forest Watch, deforestation in Peru is rising.