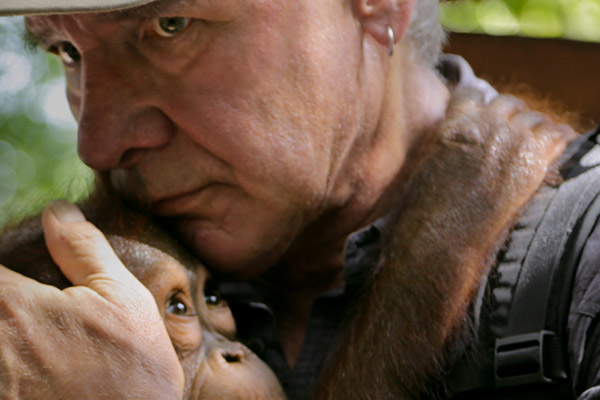 Although Showtime’s landmark new climate change series doesn’t premiere until Sunday, the network has released an edited version of the first episode of Years of Living Dangerously to the public (see below). The nine-part documentary series is being billed as a “groundbreaking” exploration into the many ways that climate change is already wreaking havoc on the lives of people around the world. Employing well-known celebrities—including actors, journalists, and politicians—to tell the stories, it is the first high-budget television documentary dealing solely with global warming.

The first episode begins a series of climate-related stories: Harrison Ford visits Indonesia to see first hand how deforestation and destruction of peat lands are contributing to the climate crisis; Don Cheadle heads to Texas to uncover if there’s a link between a biblical drought and climate change; and Thomas Friedman seeks to understand if climate change played a role in the civil war in Syria.

The series debuts on the heels of the most recent Intergovernmental Panel on Climate Change (IPCC) report on the impacts of climate change. The report, which is an aggregation of the last several decades of research by thousands of scientists, finds that global warming is already decreasing agricultural production, increasing water scarcity, acidifying the oceans, exacerbating extreme weather, and adding to the risk of civil conflict.

(03/26/2014) One of the reasons I like living in the tropics is that they are perpetually warm. A pair of shorts and a light shirt will comfortably get you through the day and night in most parts of Indonesia. Still there are the occasional unpleasant extremes. Even the most cold-blooded creature will likely break into a sweat walking for more than a few minutes in the sun filtering through Jakarta’s polluted skies. We consider such heat a normal part of the tropics. But is it really?