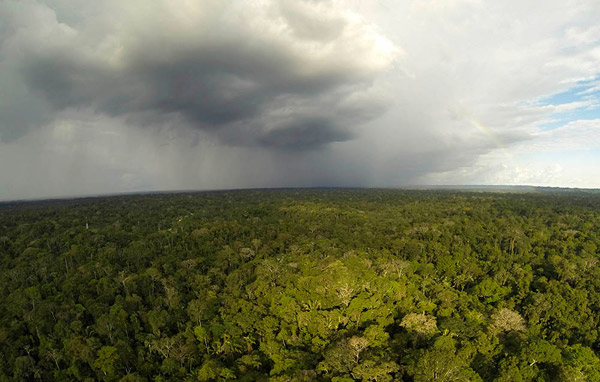 A new multimedia feature story by Brazilian environmental news group, ((o))eco, highlights the ongoing debate over Yasuni National Park in Ecuador, arguably the most biodiverse place on the planet.

“[Yasuni] matters due to [its] unique and rich biodiversity, to the fact that it is home to some of the last isolated native tribes of the Waorani ethnicity, and to the fact that it got so close to an innovative arrangement (ITT Initiative) that could have spared this region from oil drilling,” Eduardo Pegurier, the editor of ((o))eco, told mongabay.com when asked why the organization chose the Yasuni story.

Employing text, video, timelines, maps, and photos, the website provides an immersive experience into the issues facing the park and the work of those trying to preserve it.

“It was a challenge to integrate great video and photos produced by our team at Yasuní to produce the kind of impactful visual experience that we desired”, said Marcio Isensee, who acted as coordinator and photography editor for the story.

Resting on the equator at the edge of the Andes and the Amazon, Yasuni is a hot bed of species. In fact, a paper in 2010 argued that it could be the most biodiverse place in the world, noting that to date scientists have surveyed 271 species of reptile and amphibian, 183 mammals (including over 100 bats), nearly 600 birds, and the world record for woody plants. But Yasuni has made international news over the past decade not so much for its stunning biodiversity, but for the unique proposal that would have spared its most remote corners from oil exploitation. Although oil companies are already working inside the park, the government of Ecuador offered to leave the oil fields under Yasuni’s Ishpingo-Tambococha-Tiputini (ITT) blocs unexploited, if the international community agreed to pay 3.6 billion in compensation (or about half what the oil would be worth on the market) into a trust fund managed by the United Nations Development Program.

“The ITT Initiative would have been the largest monetary compensation scheme to avoid natural resources exploitation, paid by the international community, the world has seen,” Pegurier said, adding “[it] would have been a large step forward to achieve some global funding to protect biodiversity and pristine forests.”

The bold initiative, which proved controversial in some circles, was advertised as a chance to preserve Yasuni’s biodiversity, safeguard indigenous tribes who have chosen to remain isolated, and mitigate climate change by keeping the oil in the ground. 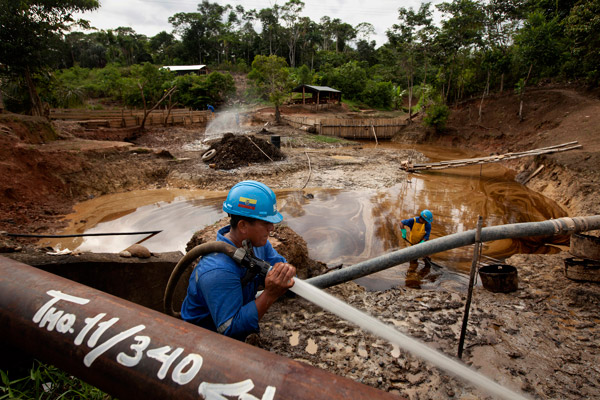 Still, the fate of Yasuni is not yet sealed. Local activists are currently working to collect approximately 500,000 signatures (5 percent of Ecuador’s population) in order to call a national referendum on the whether or not to drill in ITT.

“To vote for or against what they call ‘a possible utopia’: to leave the oil underneath the ground at Yasuní National Park,” Pegurier said.

((o))eco’s work on Yasuni is a part of a larger effort to report on issues across the Amazon. In this case, the new Yasuni website was supported by funding from the Blue Moon Fund and is available in three languages: Spanish, Portuguese, and English.

“Since 2010, we have a large section dedicated to Pan-Amazonian issues, encompassing the nine countries that share the great forest,” Pegurier noted.

(12/20/2013) Researchers working in Ecuador have identified a previously unknown species of shrew-opossum, according to a study recently published in the Journal of Mammalogy. Contrary to its mousey appearance, Caenolestes sangay, named after the national park where it was discovered, is actually a marsupial. The team from Pacific Lutheran University set up more than 100 live traps over 15 nights on the eastern slopes of Andes. In the course of their research they recovered five specimens of the new species, each measuring approximately 10 centimeters (3.9 inches) long.