The African stink ant (Pachycondyla tarsata, previously Paltothyreus tarsatus) creates large underground colonies that are home to anywhere from hundreds to thousands of ants, and occasionally a frog or two. The West African rubber frog (Phrynomantis microps) hides in the humid nests to survive the long dry season of southern and central Africa. However, the ant colonies are armed with highly aggressive ant militias that fight off intruders with powerful, venomous jaws. So how do these frogs escape attack?

A study recently published in PLOS ONE found that the rubber frog excretes chemicals that camouflage it from the ants. Ants detect threats by “smelling” them with their antennae, but the frog’s unique perfume makes it invisible to the ants, allowing it to slip between their defenses undetected. Specifically, the scientists isolated two peptides in the secretion found to hinder the aggressive behavior common to stink ants. 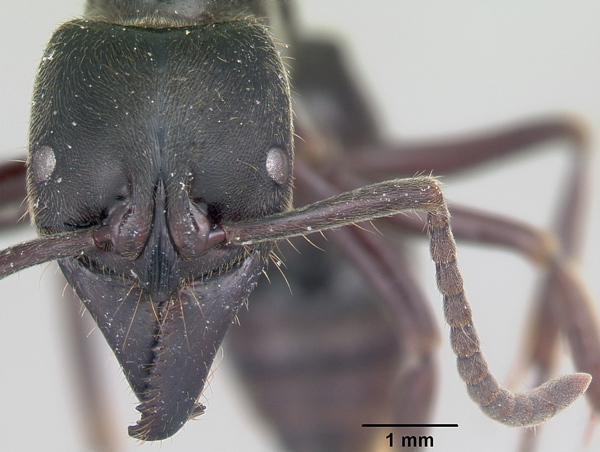 An unknown characteristic of the rubber frog is how it produces its chemical camouflage. Poison dart frogs are only dangerous because of the food that they eat. If they stop eating poison-creating insects as food, they lose their poisonous properties within a few months. However, the rubber frog is able to create its chemicals regardless of diet. Age also doesn’t seem to have much of an effect: the researchers found that even newly metamorphosed juveniles (those recently changed from tadpoles into froglets) had the ability to freely move around stink ant colonies.

“It seems that even the young frogs or maybe even advanced tadpoles already produce these substances,” lead author Mark-Oliver Rödel told mongabay.com. The researchers are not yet certain how the frogs produce the chemicals.

Although there are clear benefits to the frog, it is unclear how or even if the ants benefit from this association.

“Maybe [the ants] are simply tricked by the chemicals,” Rödel said. He also hypothesizes that the rubber frog may feed on parasites of the ants like in the case of the dotted humming frog (Chiasmocleis ventrimaculata) and the burrowing tarantula (Xenesthis immanis) of South America.

“In theory (rubber frogs) may do similar things. But to be honest we have, so far, no indication that there is any advantage to the ants,” Rödel said. 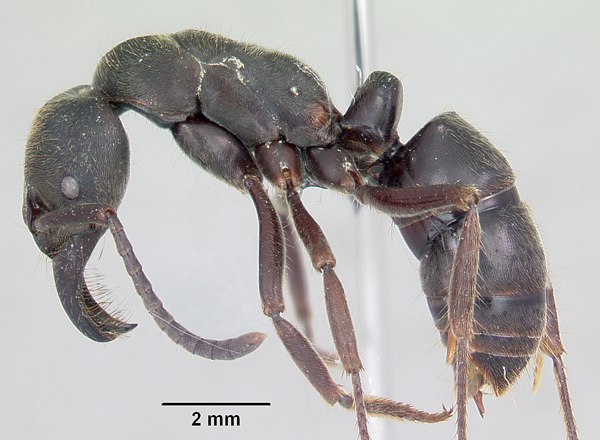 While frog and arthropod associations are not uncommon, this is one of only three described frog-arthropod associations that include chemical signals. Along with the dotted humming frog and the burrowing tarantula, a frog species from South America (Lithodytes lineatus) breeds in the nests of a type of leaf cutter ant (Atta cephalotes) because of their stable microclimates. To earn their keep, the frogs eat assassin bugs that attack the ants.

This study is the first to decode the specific chemical signature of the rubber frog’s compound, providing not only insights into the natural world, but also potential products for human use. The peptides described “could be potentially used as models for taming insect aggression,” according to the study.