Commentary by Erik Meijaard on 26 March 2014 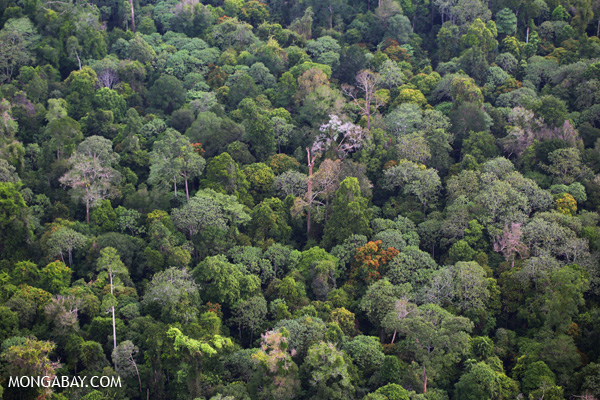 One of the reasons I like living in the tropics is that they are perpetually warm. No more tepid showers in freezing student rooms. No more painfully cold hands and ears cycling through frosty Amsterdam air. A pair of shorts and a light shirt will comfortably get you through the day and night in most parts of Indonesia.

Still there are the occasional unpleasant extremes. Even the most cold-blooded creature will likely break into a sweat walking for more than a few minutes in the sun filtering through Jakarta’s polluted skies. We consider such heat a normal part of the tropics. But is it really?

This question was brought home to me last week when I visited two very different parts of Borneo. One was in the hot, dusty, impoverished district of Ketapang, in Kalimantan’s south-west corner. The other was in the cool, breezy, wealthy country of Brunei, in the island’s north-west. The two locations are about 1000 kilometers apart, as the Bornean crow flies, but the differences could hardly be greater.

In Ketapang, I was conducting a field work assignment which required me to frequently walk through burned grasslands, oil palm and other plantations, fire-induced woodland savanna, and degraded forests on peat and in wetlands.

The temperature differences between these vegetation types were remarkable. In the middle of the day, the open grasslands got as hot as 43 degrees Celsius. But walking from there into the forest, the cool air would breeze towards us as we got nearer, and drop to a pleasant 26 degrees inside the forest. Often we would measure a 15 degrees temperature difference between open country and degraded forest stands.

There is nothing new to these observations. A recent study in the journal Climatic Change studied microclimates in different vegetation types on Sumatra. It found that surface temperatures in forests, oil palm and open areas differed by an average of 4.7 degrees.

“So what,” you may say, “who cares if it gets a bit hotter?” Actually, lots of people do.

In 2009 and 2012, we interviewed nearly 8,000 people in 800 villages in both Indonesian and Malaysian parts of Kalimantan. We asked respondents about the biggest impact of deforestation on their health, well-being and welfare. “Heat” is what 33 percent of our respondents answered. In fact, it was by far the most common response, with clean water supply and flooding in a distant second place.

People clarified these perceived heat impacts by explaining that among others the higher temperatures resulting from deforestation increased the incidence of malaria and other diseases, caused crop failures and reduced crop yields, and made people much more tired. 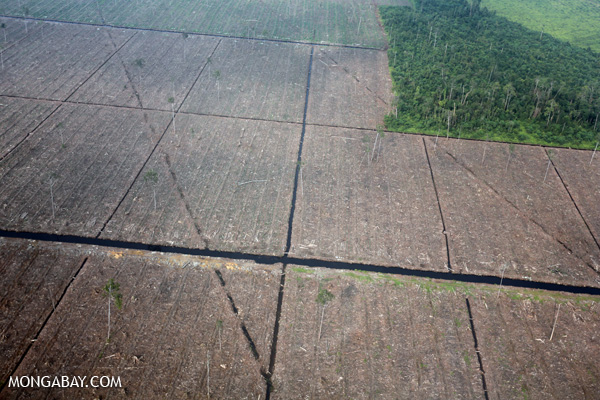 With ongoing global climate change, the impacts of higher temperatures on economic outputs and social well-being are increasingly scrutinized by scientists.

A recent study reviewed in the Journal of Economic Literature showed that in poor countries being warmer by 1 degrees reduces incomes per head by 1.4 percent. This was partly caused by longer droughts that are often associated with higher temperatures, which reduces agricultural yields. This effect is particularly pronounced above a threshold of around 30 degrees.

The Sumatran study mentioned above found that the conversion of a forest landscape to one dominated by oil palm had increased average temperatures by 7.1 degrees between 1988 and 2012. As far as I know, no one has yet assessed whether this temperature increase has indeed caused a 10 percent decrease in household incomes and 13 percent reduction in labor productivity in the area.

Considering how much rural communities complain about the heat caused by deforestation, it would not surprise me at all if indeed these negative impacts on human welfare are very real.

Now to the other place I visited this week — Brunei. This small country has been able to retain 85 percent of its original forest cover. Its oil and gas riches have certainly helped, but more than anything its governmental foresight and effective environmental management have resulted in considerable appreciation of the environmental benefits of forests.

The climatic implications seem apparent. I went for a very pleasant 4-kilometer jungle walk through forest-clad valleys located in the middle of the main town. The sun was out, but the air surprisingly cool. A similar walk in Jakarta, ignoring the fact that there is no jungle there, would have been an unpleasantly hot experience. 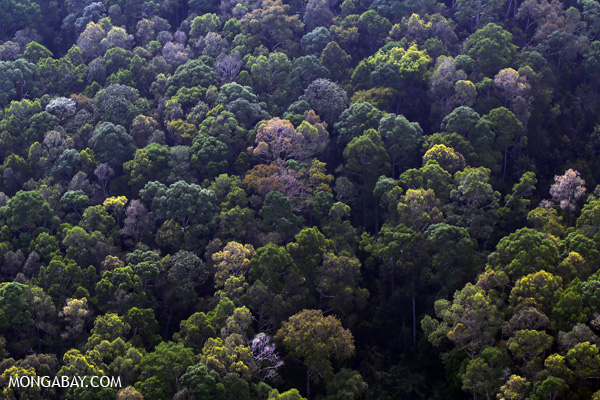 Presently few government planners are seriously considering the impact of micro-climatic change on Indonesia’s economic and social future. When it is at all a subject in political debate, the discussions are more about long-term, macro-climatic changes, such as higher sea levels, and changes in rainfall or temperature patterns.

But the negative impacts of climatic change are right upon the majority of Indonesia’s people. Most Indonesians are affected by rising temperatures associated with disappearing forests and urbanization. How much is that shaving off Indonesia’s economic growth potential and human well-being?

Many of Indonesia’s politicians and business people are starry-eyed with the economic potential of sacrificing forest land for plantations that produce oil palm, pulp and paper, rubber and other goods. But economic analysis is incomplete when only benefits are considered and not costs.

Those costs are obvious for anyone bothering to look. Heat increase has real negative impacts. Droughts will destroy crops. More frequent and severe floods will wipe away whole percentage points of economic growth potential.

Indonesia’s land use and economic planners urgently need a better understanding of the implications of losing forest services for the well-being of the nation’s people.