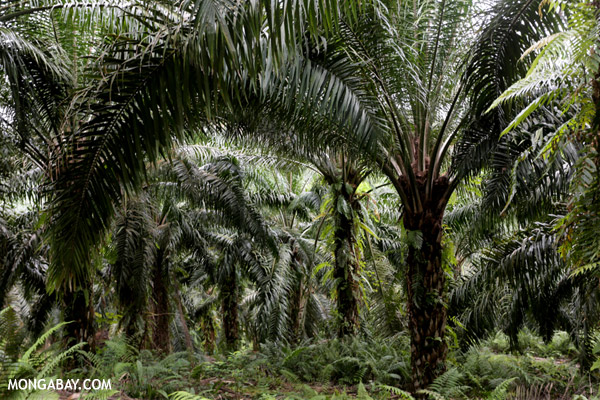 Over half the world’s palm oil traded internationally is now bound by zero deforestation commitments after Singapore-based Golden-Agri Resources (GAR) extended its forest conservation policy across all palm oil it produces, sources and trades.

In a filing posted Friday Singapore Stock Exchange, GAR announced its breakthrough forest conservation policy — which when established in 2011 was the first by a palm oil major — now applies to all the palm oil it trades.

“Golden Agri-Resources (GAR) is committed to no deforestation palm oil in our entire supply chain,” the company told mongabay.com via email. “We are implementing processes to ensure that the palm oil for both our upstream and downstream operations are in line with GAR’s Forest Conservation Policy (FCP).”

The stepped-up policy matches the commitment made by Wilmar, the world’s largest palm oil company, last December and means that over half the world’s palm oil is now covered by zero deforestation pledges.

“GAR now stands alongside Wilmar in applying FCP to all traded oil,” Scott Poynton, the Executive Director of The Forest Trust (TFT), an NGO that is implementing zero deforestation policies for both companies, told Mongabay. “This will put a lot more pressure on the other dodgy industry players that continue to destroy forests and peatlands for palm oil production.”

GAR’s move was welcomed by Greenpeace, which helped spur the original commitment with damaging market-based campaigns in 2009 and 2010.

“[This] is a step in the right direction,” wrote Greenpeace in a blog post.

“GAR’s announcement to implement an ambitious Forest Conservation Policy for its downstream operations is a sign that the company takes its commitment seriously and is trying to minimize the impact it has on forests,” said Annisa Rahmawati, forest campaigner at Greenpeace Southeast Asia. “The next step means putting this commitment into practice: GAR must now ensure that all the palm oil it refines and trades is not contributing to deforestation, climate change and social conflicts.”

GAR says that while expects the extension of its policy to third party suppliers to be a challenge, the decision is a response to “the growing market demand for traceable, deforestation free palm oil” which is increasingly driven by consumer products giants like Unilever, Nestlé, and Kellogg’s.

“We are taking steps to achieve traceability that makes business sense,” the company told Mongabay. “Ensuring traceability is more challenging in the downstream business, as compared to the upstream business where more than 90% of the fresh fruit bunches come from our own plantations, and the multi-stakeholder collaboration will be a key for its success.”

GAR says success of the policy rests on buy in from communities, which supply the company; the government of Indonesia, where most of GAR’s palm oil is produced; and other industry players, including GAPKI, the Indonesia Palm Oil Association. GAR hopes that at least ten “key growers” in Indonesia and GAPKI will adopt high carbon stock conservation policies by the time the next phase of its commitment is rolled out.

To date, GAPKI has bristled at policies that would put any restrictions on Indonesia’s palm oil industry, but now that two of the world’s largest traders have made high profile commitments and the Indonesian government is in its third year of a moratorium on new concessions in peatlands and primary forests, the body is facing unprecedented pressure to set basic standards. 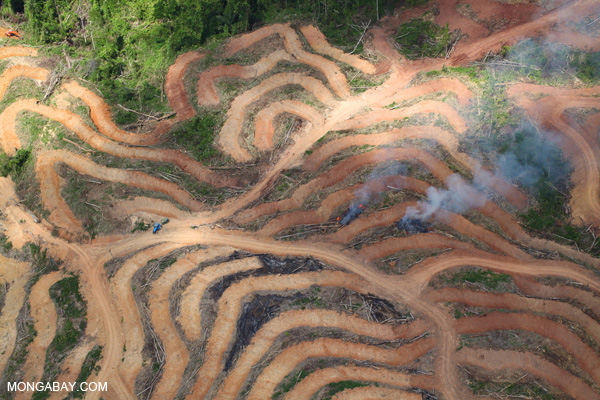 The apparent shift comes at a critical time for the industry, which is finally seeing a rally in the price of palm oil after a two-year lull. While macroeconomic factors have driven price fluctuations, the industry is facing growing criticism in some markets over the impact of its expansion on wildlife-rich forests and carbon-dense peatlands. This criticism — often amplified by images of haze blanketing Southeast Asian cities and pictures of endangered orangutans losing their forest homes — has prompted several major buyers to implement safeguards and traceability standards in an effort to avoid palm oil from “controversial” sources.