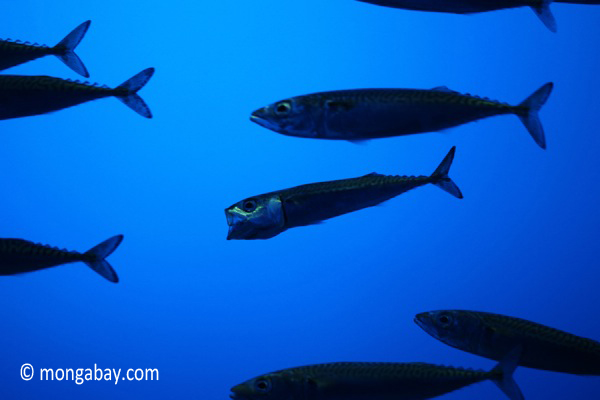 Protecting large, isolated areas of no-take zones for over 10 years with strong enforcement is the key to effective Marine Protected Areas (MPAs), according to a letter published this week in Nature. However, 59% of all MPAs meet less than three of the five criteria, making them protected in name only.

The authors look at 964 sites in 87 MPAs worldwide and identify which factors determine a successful MPA. They write that the key ingredients are: “(1) degree of fishing permitted…; (2) level of enforcement; (3) MPA age; (4) MPA size; and (5) presence of continuous habitat allowing unconstrained movement of fish.” An MPA that fails to meet at least three of these criteria is statistically no different from fished areas, while each additional factor above three increases its conservation value exponentially.

Although the authors do find that, “across all 87 MPAs investigated, species richness of large fishes was 36% greater inside MPAs compared to fished areas, biomass of large fishes was 35% greater, and sharks 101% greater,” they continue to note that, “for species richness of all fishes and the other four bio- mass metrics investigated, no significant difference was found .”

The poor overall performance of MPAs worldwide is likely due the significant number of ineffective protected areas: only four of the 87 MPAs studied meet all five key criteria. Using those “effective” Areas as a standard, the authors find that in the other MPAs, “fish biomass was greatly reduced overall, with 63% of all fish biomass, 80% of large fish biomass, 93% of sharks, 84% of groupers and 85% of jacks apparently removed from reefs by fishing.”

MPAs have proliferated in recent years as countries rush to meet protection targets. In 1970, there were 118 MPAs in 27 nations. By 1994, over 1,300 MPAs existed worldwide. In 2010, nearly 5,900 MPAs had been established. However, as impressive as those numbers sound, protected areas account for less than 2% of the world’s oceans, and without effective management, do little to assist in recovery of diversity or biomass. 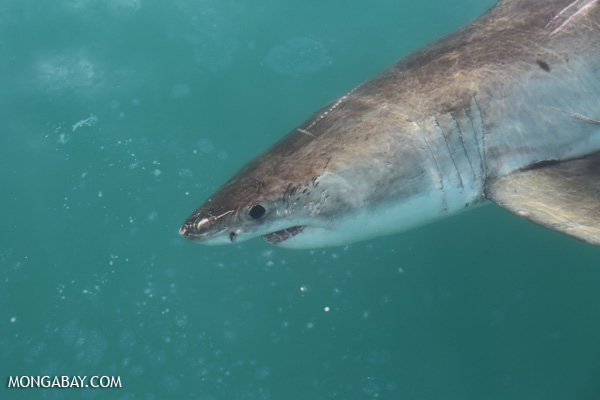 There is no single factor that determines the success of an MPA, however, size and isolation appear to be most favorable for large species such as sharks and groupers. In the absence of size, the additive effect the other four factors—effective management, enforced no-take policies, long-term establishment, and inclusion of deep-water areas surrounding reefs—can be sufficient to compensate.

“Although only a small subset of MPAs are ever likely to qualify as large, most MPAs could achieve the remaining four features,” the authors write, “MPAs require additional time to age, and sufficient will among stakeholders, managers and politicians for increased implementation of no-fishing zones, increased levels of compliance, and extension of boundaries past the limits of reef systems or to deep water.”

Dr. Trevor Willis, a co-author of the letter, boiled it down in a press release by the University of Porstmouth: “Marine reserves or parks that allow any form of fishing, that are inadequately enforced and too small to encompass the natural range of the most vulnerable species are likely to fail as protection measures,” he said. “Effective marine conservation measures must include a complete ban on fishing rather than restrictions and this must be effectively policed and enforced.”