Since the first of the year, South Africa has lost 146 rhinos to poachers or approximately 2.5 rhinos every day. This is a slight dip from last year’s poaching rate, which hit 1,004 for the whole year or 2.75 a day. South Africa is home to more rhinos than any other country on the planet, but the populations have been hit hard by poachers in recent years seeking rhino horn.

According to data released by South Africa National Parks this week, Kruger National Park remains the epicenter of the poaching crisis with 95 rhinos killed there.

Poachers target rhinos for their horns that are ground into powder, which is used as a traditional medicine and status symbol in East Asia, despite the fact that scientific studies have proven the horns have no curative properties. Poachers often shoot the rhinos then saw off their horns, sometimes while they are still alive. 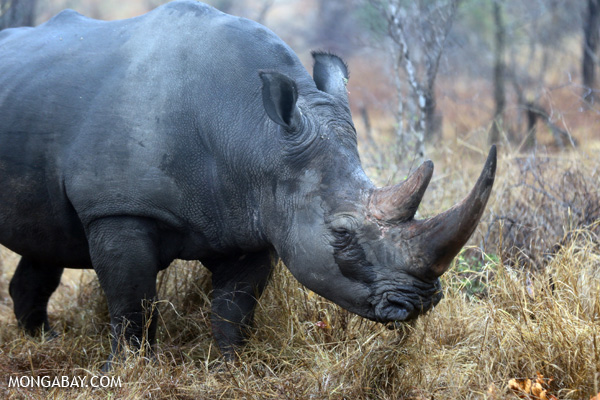