Nicaragua’s plans for a canal linking the Pacific and Atlantic Oceans could trigger an environmental disaster through habitat destruction and alteration, introduction of non-native species, pollution, and sedimentation, warns a commentary published in this week’s issue of Nature.

The ambitious project, which aims to compete with the recently-expanded Panama Canal, is being developed by HK Nicaragua Canal Development Investment Company, a Hong Kong-based firm, that won the concession last June. The company plans to break ground on the project in December after determining the route and undertaking feasibility studies.

While the Nicaraguan government claims the scheme will more than triple economic growth while it is under construction, Axel Meyer and Jorge Huete-Pérez argue that the canal may cause environmental ruin.

“In our view, this canal could create an environmental disaster in Nicaragua and beyond,” they write. “The excavation of hundreds of kilometers from coast to coast, traversing Lake Nicaragua, the largest drinking-water reservoir in the region, will destroy around 400,000 hectares of rainforests and wetlands.”

“The accompanying development could imperil surrounding ecosystems. Some 240 kilometers north of the most likely route of the canal lies the Bosawas Biosphere Reserve — 2 million hectares of tropical forest that is the last refuge of many disappearing species. Less than 115 kilometers to the south is the Indio Maiz Biological Reserve, with more than 318,000 hectares of tropical dry forest. Worse still, the probable canal route cuts through the northern sector of the Cerro Silva Natural Reserve.” 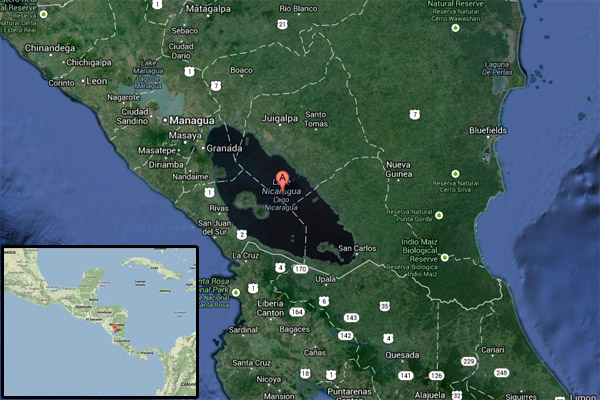 Meyer and Huete-Pérez go on to note that the project threatens several autonomous indigenous communities and would result in Lake Nicaragua being infiltrated with salt water, potentially affecting its native species. Bilge water from ships would introduce alien invasive species to Nicaragua’s ecosystems.

“This would transform a free-flowing freshwater ecosystem into an artificial slack-water reservoir combined with salt water,” they write. “Declining populations of native aquatic fauna such as euryhaline bull sharks, sawfish and tarpon, important for sport fishing and tourism, could also suffer.”

The authors conclude by calling for local and international groups to work together to stop the project.

“Swift and decisive international action is called for,” they write. “We need more conservation groups and social organizations to lend their expertise and funds if we are to prevent the tragic devastation of indigenous communities along with terrestrial, marine and freshwater biodiversity and resources in Central America.”