The Critically Endangered European eel makes one of the most astounding migrations in the wild kingdom. After spending most of its life in Europe’s freshwater rivers, the eel embarks on an undersea odyssey, traveling 6,000 kilometers (3,720 miles) to the Sargasso Sea where it will spawn and die. The long-journeying eels larva than make their way back to Europe over nearly a year. Yet by tracking adult European eels (Anguilla anguilla) with electronic data loggers, scientists have discovered that some eels never make it to their spawning ground, but instead are swallowed-up in the depths by leviathans.

“It turns out that eels are hunted and eaten by whales. It happens in surprisingly deep waters where we normally think that the eels would be safe”, says Magnus Wahlberg from Southern University who headed the study that appears in Deep Sea Research Part I: Oceanographic Research Papers. “We do not know exactly which whale species are at play, but a good guess would be the pilot whale.”

But how did scientists determine that whales prey on the eels? 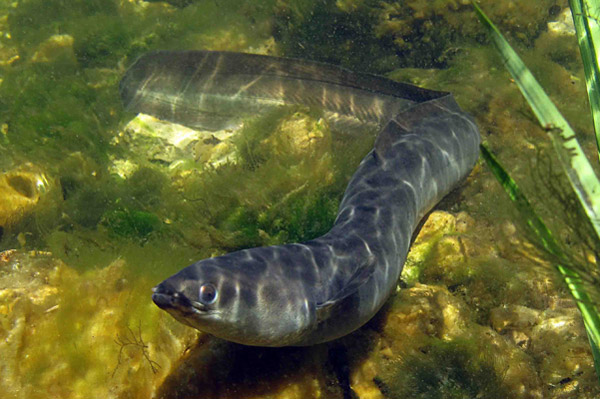 European eels can reach one meter in length. Photo by: Anders Asp.

Scientists tagged 156 European eels with data loggers, but three of these never made it to the Sargasso Sea, vast area in the western Atlantic. Instead, the devices recorded perplexing information in the middle of the ocean: for each eel, at over 600 meters below the surface the temperature recorded by the data loggers suddenly tripled, bouncing from 10 degrees Celsius to 36 degrees. The temperature then fluctuated over a couple days, going down and then back up again. In addition, the data loggers began recording patterned movements to the surface.

“[The data loggers] recorded a total of 91 dives to maximum depths of 250–860 m lasting 11–12 min and with surface intervals of 5–7 min […] From this we infer that the predator was most likely a deep-diving toothed whale,” the researchers write. The mostly likely culprit is the pilot whale, according to the scientists. A couple days after the encounter, the data loggers went silent.

Scientists believe that the data logger recorded the moment of the encounter between the eels and whales when the temperature suddenly spiked: this was when the eel entered the whale’s stomach. Subsequent fluctuating temperatures were caused by later whale feeding when cold sea water rushed into the whale’s gullet. Shifting depths, including dives that hit over 800 meters below the surface, was also characteristic of whale behavior.

“Seals do not dive this deep. The dive patterns better suit that of a pilot whale”, Wahlberg explains.

A few days later the eels and the data logger were expelled from the whales and destroyed. However, the electronic devices were eventually found–and returned to the researchers–by beach combers.

“It might be quite common for whales to hunt eel in deep water and that we just have never seen it before. This knowledge may be important for understanding how marine deep-water ecosystems functions,” says Wahlberg. There has been one instance in the past of scientists finding an eel in a whale’s stomach, but researchers thought this was an anomaly.

European eel populations have declined by 95-99 percent since the 1970s, but scientists remain unsure why. The litany of suspects include overfishing, river development, dams, climate change and parasites. However, on a positive note, preliminary data from the last few years shows that the drastic decline in European eels may have reached its nadir and the species could now be bouncing back, though it’s too early to tell for certain. Either way, the new research shows that the survival of abundant European eel populations may be important for whales as well. 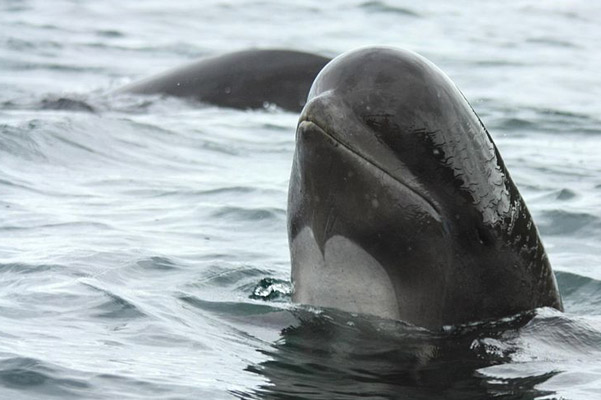 (02/10/2014) Protecting large, isolated areas of no-take zones for over 10 years with strong enforcement is the key to effective Marine Protected Areas (MPAs), according to a letter published this week in Nature. However, 59% of all MPAs meet less than three of the five criteria, making them protected in name only.

Wonderful Creatures: meet the animal that has evolved a cushy, worry-free life inside an octopus

(01/30/2014) The range of habitats that animals have come to occupy is nothing short of staggering. Take the dicyemids for example. They are among the simplest animals on the planet, with a tiny, worm-like adult body that consists of between 10 and 40 cells. They have no organs, body cavities or even guts—a structural simplicity which is a consequence of where and how they live. The only place you will find adult dicyemids is inside the bodies of cephalopods, typically octopuses and cuttlefish where large numbers of them cling to the inner wall of the mollusc’s kidney.