Welcome to Wildleaks: a new website that aims to give the global public a secure and anonymous platform to report wildlife trafficking and illegal deforestation. The illegal wildlife trade has become one of the world’s largest criminal activities in recent years, decimating elephants, rhinos, tigers, primates, and thousands of lesser known species. Meanwhile, illegal logging is rampant in many parts of the world, imperiling biodiversity, undercutting locals, and robbing governments of revenue. Yet, effectively tackling these crimes remains a relatively low priority for many of the world’s governments and prosecuting wildlife and logging kingpins is a rarity.

“Wildlife crimes very often go undetected and unchallenged when people do not speak up about them, and whistleblowers can play a crucial role in fighting back, creating awareness and supporting justice,” said Andrea Crosta, co-Founder of the Elephant Action League and project leader of the new whistleblower site.

The Elephant Action League has headed the creation of the new site, which allows anyone from anywhere to submit documents, video, or images relating to wildlife or forest crimes. Users are able to submit such items anonymously and choose from two levels of encryption. Security is especially important given that in many cases wildlife and forest crimes involve local corruption by government employees or other officials. 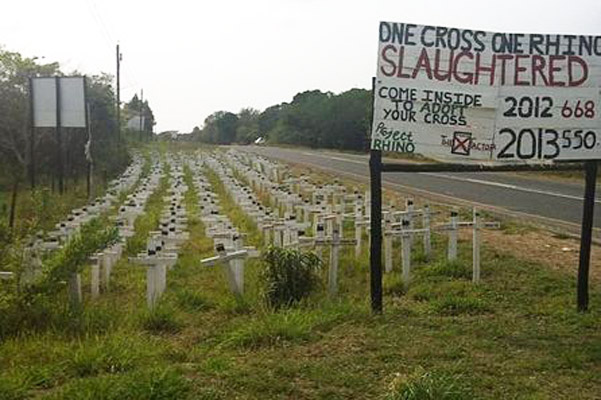 “Our first priority is to facilitate the identification of criminals and corrupt governmental officials behind the poaching and trafficking of endangered species such as ivory, rhino horn, big cats, apes, pangolins and birds, as well as forest products,” added Crosta. “But we also put a lot of effort into protecting the people who chose to send us information, not only by providing a state-of-the-art secure system but also by managing and using the information in the correct way.”

After Wildleaks receives the documents, it will act in various ways depending on the information.

“We [will] work to transform this information into a verified and actionable item, a point for launching an investigation or sharing it with the media or, when possible, with selected and trusted law enforcement officers, always aiming at exposing wildlife crimes and bringing the responsible individuals to justice,” said Crosta.

Last year over 1,000 rhinos were slaughtered for their horns in South Africa alone by poachers, while conservationists estimate that 22,000-35,000 elephants were killed in Africa in 2012. Estimates on the number of poached big cats, primates, and thousands of other species of mammals, birds and marine animals are harder to come by, but evidence points to a global epidemic. Meanwhile, illegal logging has been estimated to be worth $30-$100 billion worldwide, and accounts for 10-30 percent of deforestation in the tropics. Wildlife trafficking and illegal logging often occur in tandem, and both have been linked to other criminal activities, such as drugs, arms smuggling, and human trafficking.

Governments are beginning to respond, albeit sluggishly and many years late. Several governments have burned their ivory stockpiles in recent years and notched up rhetoric against the wildlife trade. Many have already, or are currently mulling, strengthening laws and increasing the severity of punishments. A recent summit in London on the trade produced a 46-country agreement for stronger international action against wildlife crimes. Meanwhile, new laws in the U.S., the EU, and Australia have been launched in order to curb illegal logging abroad, while some countries—such as Brazil—have moved aggressively to tackle deforestation.

(01/17/2014) In another sign that Africa’s poaching crisis has gotten completely out of control, South Africa lost 1,004 rhinos to poachers last year. According to the numbers released today by the South African Department of Environmental Affairs, 2013 was the worst year yet for rhino poaching in the country with more than 3 rhinos killed every day.