The UN and partner humanitarian groups today called on the international community to spend $2 billion to avoid a famine in Africa’s Sahel region, which includes nine nations along the southern edge of the Sahara. Although the Sahel is chronically prone to food insecurity, the situation has dramatically worsened as the UN estimates 20 million people are at risk of hunger up from 11 million last year.

“This year is make or break for the Sahel,” Robert Piper, United Nations Humanitarian Coordinator for the Sahel, told Reuters. “It’s the year we see if we can translate theory into practice and start bringing aid workers together to work with national governments and reverse these trends that have been deteriorating year after year.”

The figures are grim. The UN estimates that 5 million children under five currently suffer from malnutrition, while 2.5 million people in the region require immediate food assistance to avoid starvation.

A semi-arid region with deep poverty and little infrastructure, the Sahel has faced repeated food crises. However, the situation has been hugely exacerbated by conflict in several countries, including Mali, Nigeria, Sudan and the Central African Republic. According to the UN these conflicts have led to approximately 1.2 million refugees in the region, putting additional strain on food sources and undercutting local agriculture output. 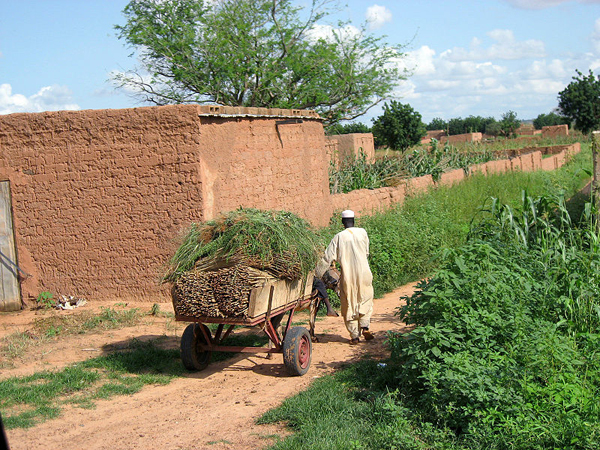 A farmer collecting millet in Koremairwa village in the Dosso department of Niger. Photo by: USDA.

The UN Office for the Coordination of Humanitarian Affairs (OCHA) further warns that population growth is surpassing the region’s ability to feed itself. The Sahel includes some of the fastest growing countries on the planet.

“The climate is increasingly erratic; it puts enormous stresses on farmers and pastoralists,” says Piper in a recent video. Precipitation rates have fallen considerably in the region since the 1960s, a trend which may be connected to global warming.

In order to address crisis more effectively, the UN and its partners are for the first time moving beyond a one year response plan to three year plans.

While the OCHA has asked for $2 billion, aid agencies worry that the global financial crisis and donor fatigue may lead to less than what is necessary. Last year the UN asked for $1.7 billion, but only received 63 percent of this figure.