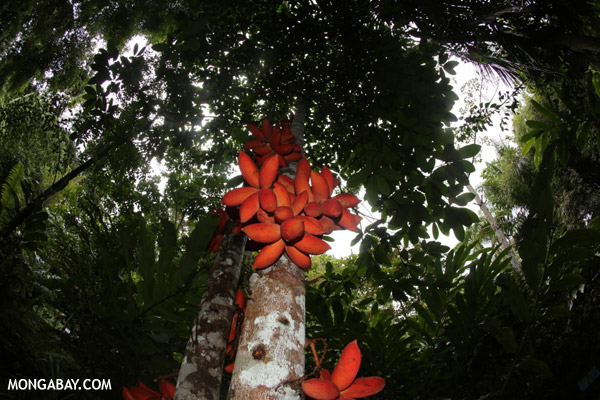 Humans have been actively managing vast areas of Southeast Asia’s forests for longer than previously believed, according to research by paleoecologists from the United Kingdom presented in the current Journal of Archaeological Science. Strong evidence suggests that humans in Borneo, Sumatra, Java, Thailand and Vietnam have engaged in agricultural practices for the last 11,000 years. These findings may help bolster the claims of local indigenous peoples under threat of eviction from their traditional lands.

The harsh environment of the tropical forest coupled with the use of perishable materials by early inhabitants means the archaeological record is sparse in this area. Therefore, the authors look to proxy clues of human interaction with the forest by examining charcoal and pollen deposits collected by multiple research teams from 19 sites throughout the Sunda Rim.

Fire disturbance is typically followed by the rapid growth of “weed” plants and trees that thrive in bare charred landscapes. However, the authors find that historic fire events were instead commonly followed by greater than expected abundance of pollen from fruit trees and other species not typically seen in natural succession patterns observed in present-day unmanaged forests.

“This indicates that the people who inhabited the land intentionally cleared it of forest vegetation and planted sources of food in its place,” said Dr. Chris Hunt, the lead author from Queen’s University Belfast, in a press release.

In addition to active forest management, the authors note that genetic analysis of cuscus (Phalanger orientalis) and warty pigs (Sus celebensis) indicate that these species were actively trans-located throughout the region by humans as early as 7,000 years ago.

“It has long been believed that the rain forests of the Far East were virgin wildernesses, where human impact has been minimal. Our findings, however, indicate a history of disturbances to vegetation,” Dr. Hunt said. “While it could be tempting to blame these disturbances on climate change, that is not the case as they do not coincide with any known periods of climate change. Rather, these vegetation changes have been brought about by the actions of people.”

The paper challenges the prevailing concept that farming did not arrive in the area until 4,200 years ago with the migration of rice cultivators from Taiwan, and show that indigenous peoples were actively modifying their landscape.

The implications of this research may echo beyond scientific curiosity, and lend greater support to the case of indigenous peoples fighting to retain control of their land. 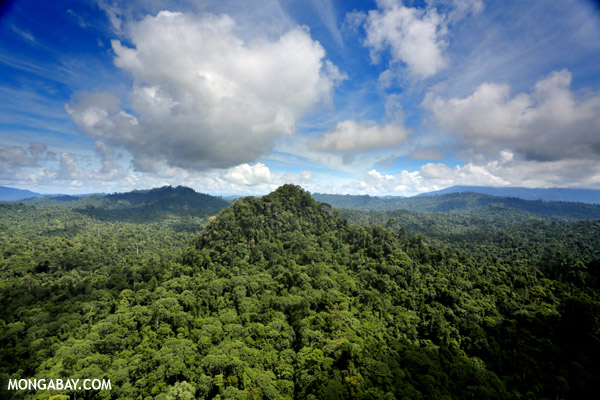 In a landmark decision last year, the Indonesia’s Constitutional Court ruled that customary forests—lands traditionally used by indigenous peoples to sustain their way of life—should not be classified as “State Forest Areas.” This effectively invalidated the Indonesian government’s claim to millions of hectares of forest land. If fully implemented, this ruling would prevent the government from handing land managed for generations by local people over to corporate logging and plantation companies.

“Given that we can now demonstrate their active management of the forests for more than 11,000 years,” Dr. Hunt stated, “these people have a new argument in their case against eviction.”