Biofluorescence is widespread among marine fish species, indicating its importance in communication and avoiding detection, finds a new study published in the journal PLOS ONE.

The research shows that biofluorescence — a phenomenon where organisms absorb light, transform it, and emit it as a different color — is more common in the animal kingdom than previously known. Conducting aquarium-based experiments and a series of reef dives using high-intensity blue lighting, the researchers led by scientists from the American Museum of Natural History identified more than 180 species of biofluorescent fishes across 50 fish families.

“By designing scientific lighting that mimics the ocean’s light along with cameras that can capture the animals’ fluorescent light, we can now catch a glimpse of this hidden biofluorescent universe,” said co-lead author David Gruber, an associate professor of biology at Baruch College and a research associate at the American Museum of Natural History (AMHN), in a statement. “Many shallow reef inhabitants and fish have the capabilities to detect fluorescent light and may be using biofluorescence in similar fashions to how animals use bioluminescence, such as to find mates and to camouflage.” 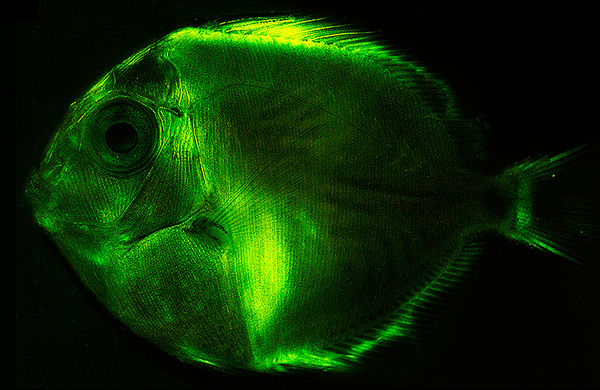 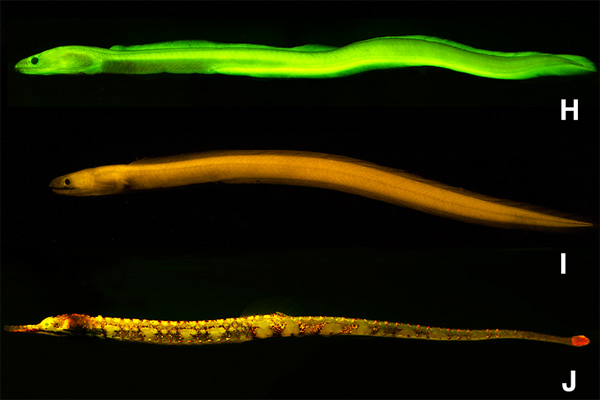 Biofluorescence is useful to fish that live in a world where visible light is rapidly absorbed the deeper they live, seemingly leaving everything a hue of blue. But biofluorescent fish make the best of the conditions, absorbing blue light and re-emitting it in neon red, orange, and green patterns, opening up a world that is invisible to the human eye. The biofluorescence emitted by fish closely matches that emitted by other organisms that share their habitat, including corals.

“We’ve long known about biofluorescence underwater in organisms like corals, jellyfish, and even in land animals like butterflies and parrots, but fish biofluorescence has been reported in only a few research publications,” said co-lead author John Sparks, an ichthyologist at AMHN. “This paper is the first to look at the wide distribution of biofluorescence across fishes, and it opens up a number of new research areas.”

The biofluorescent proteins in fish could eventually be used for biomedical research and other applications, according to the authors. 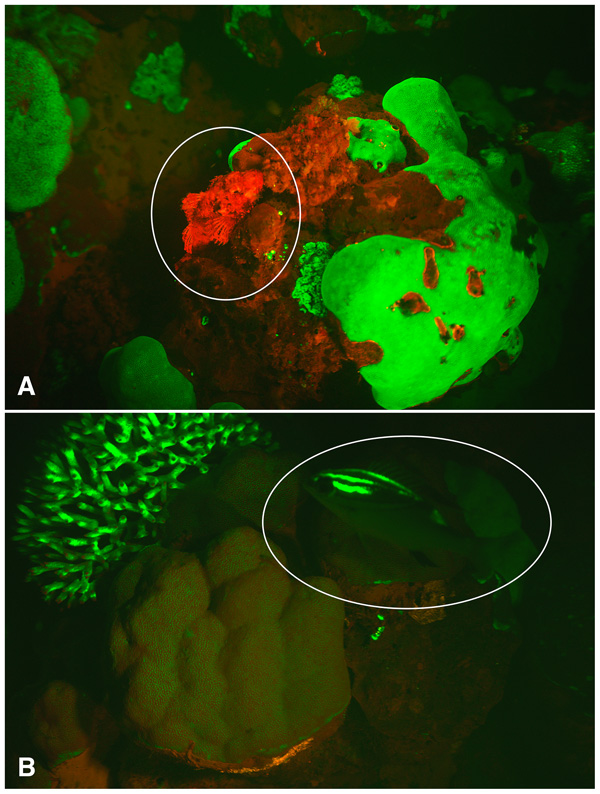 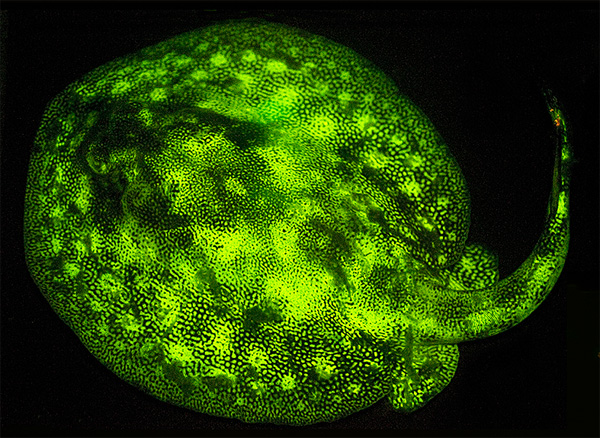 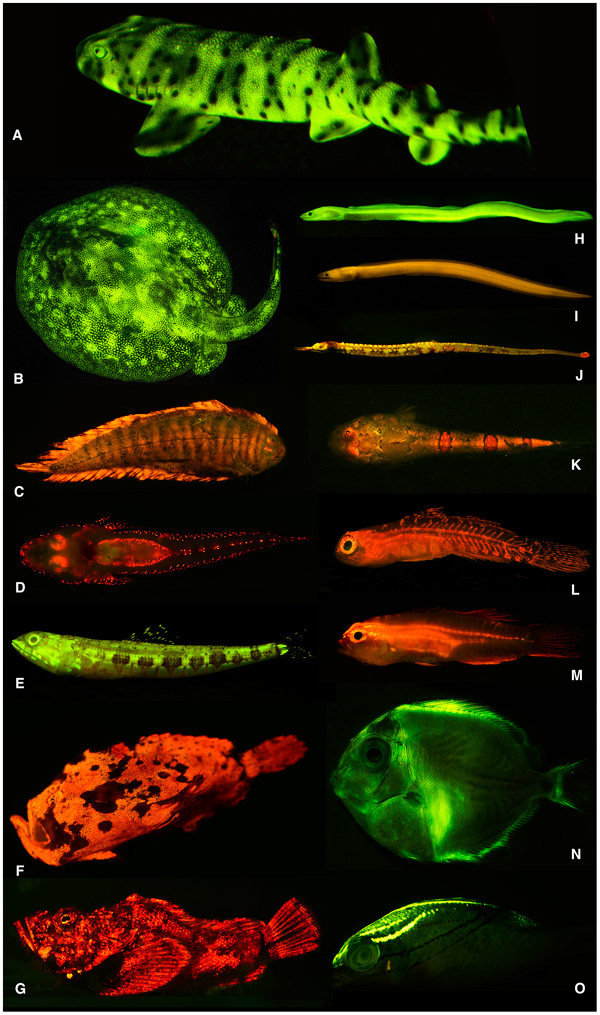 (12/23/2013) Thousands of species were scientifically described for the first time in 2013. Many of these were ‘cryptic species’ that were identified after genetic analysis distinguished them from closely-related species, while others were totally novel. Below are some of the most interesting “new species” discoveries that took place or were formally announced in 2013.

Scientists discover a new coral in the French Polynesia

(12/20/2013) With humans scattered throughout the globe, it is hard to imagine lands still unexplored or species undocumented. Yet, on the remote French Polynesian Gambier Islands a new coral reef species has been found thriving in underwater lagoons. Echinophyllia tarae was discovered by marine biologist Francesca Benzoni and the research crew members of the Tara Oceans International Research Expedition.

Scientists make one of the biggest animal discoveries of the century: a new tapir

(12/16/2013) In what will likely be considered one of the biggest (literally) zoological discoveries of the Twenty-First Century, scientists today announced they have discovered a new species of tapir in Brazil and Colombia. The new mammal, hidden from science but known to local indigenous tribes, is actually one of the biggest animals on the continent, although it’s still the smallest living tapir. Described in the Journal of Mammology, the scientists have named the new tapir Tapirus kabomani after the name for “tapir” in the local Paumari language: “Arabo kabomani.”