A pair of satellite images released this week by NASA reveal the shocking impact of California’s drought, which is now entering its third year.

The images, captured January 18, 2013 and January 18, 2014 with the Moderate Resolution Imaging Spectroradiometer (MODIS) on NASA’s Terra satellite, show a steep decline in snow cover across the Sierra Nevada, Coast Range, and Cascade Mountains. Both the Sacramento and San Joaquin valleys appeared parched, with a noticeable drop in greenness.

“The most striking difference between the two years is the amount of snow cover on mountains. The Sierra Nevada range has very little snow, and Coast Range and Cascade Mountains are almost completely snow free,” said NASA in a post on the Image of the Day section of its Earth Observatory web site. “California gets a third of its water supply from mountain snow, but with warm, dry weather, little snow has accumulated.”

“Less striking at first glance, but just as telling is the condition of the vegetation west of the Sierra Nevada. In 2013—a year into the drought—the central valley was green with growing crops. The coastal hills were also green from winter rain. In 2014, everything west of the forested mountains is brown. Even irrigated agriculture in the center of the state appears to be limited compared to 2013.” 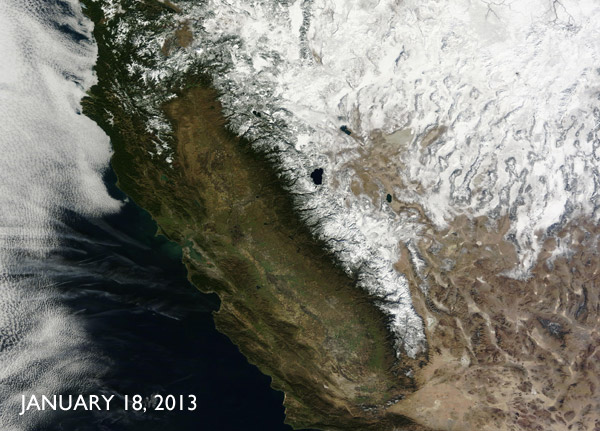 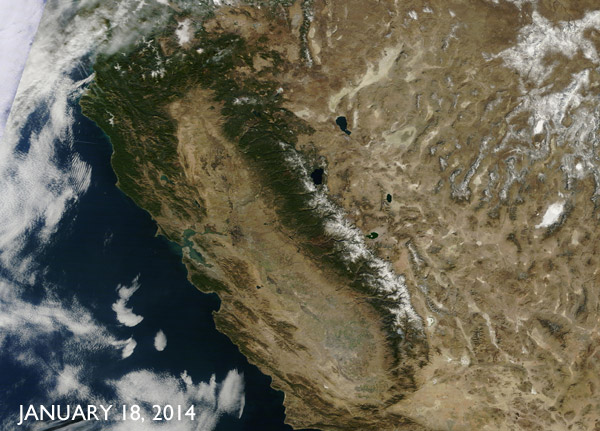 NASA posted the images just days after California governor Jerry Brown declared a state of emergency due to low rainfall. Brown urged Californians to conserve water, warning that the state faces potential water shortages, crop losses, and an increase in wildfires if significant precipitation doesn’t come soon. California snowpack is just 10-30 percent of normal, while January is on pace to be the state’s driest on record. 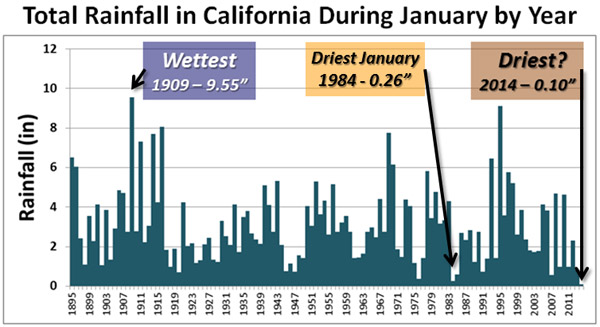