The Wildlife Conservation Society-India has been camera trapping wild animals for over 20 years in the Western Ghats. The results reveal the most intimate, fascinating and sometimes comical insights into animal behavior and ecology.

These mammals generally become secretive and protective during parenting, and therefore we seldom get to see little ones in the wild. But discretely placed camera traps have not only caught glimpses of these adorable wild babies, but also produced wonderful family albums!

Baby monkeys such as the Hanuman langur and bonnet macaque are typically singletons attached to their mothers till they are almost two years old. The mothers manage to run, eat, jump and even hop across trees, all with the little ones tightly clutched to them. Both these species are frequently seen in troops, living aside people in rural and urban areas. 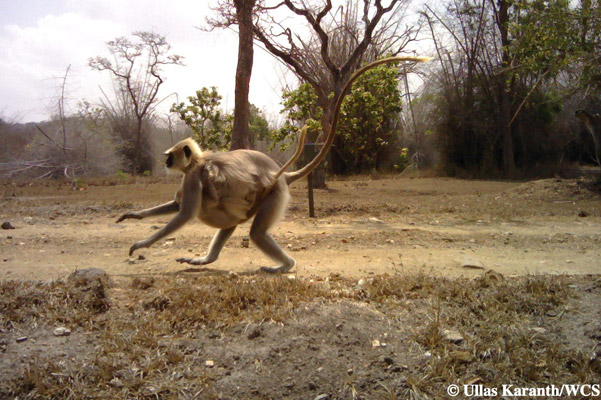 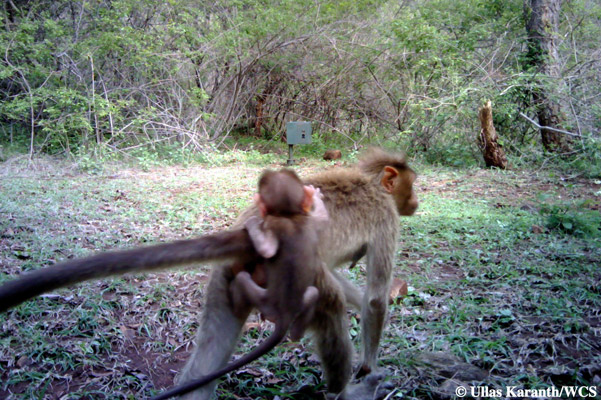 Mammals such as the chital live in large herds. Sometimes, they tend to lose their fawns within their herds! 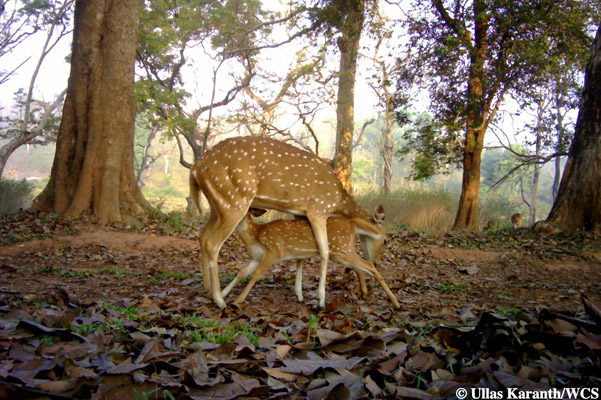 But elephants on the other hand, are extremely protective and keep a close eye on their calves. The little calves develop strong bonds with the every member of the elephant herd, which is usually an extended family. 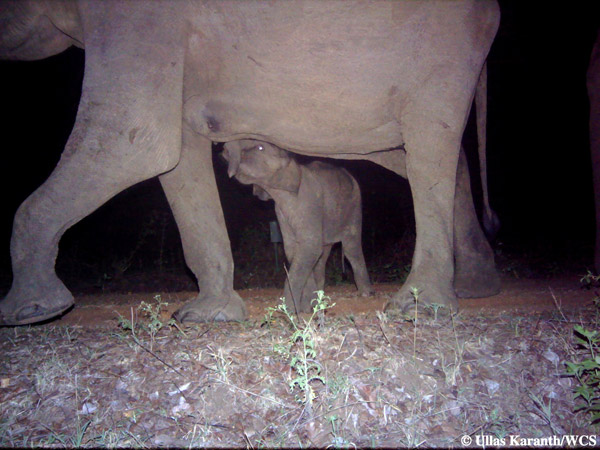 And then there are elusive, nocturnal animals like the porcupine, whose secretive lives we know very little about. While not much has been studied about their social lives, even less is known about their parenting behavior. 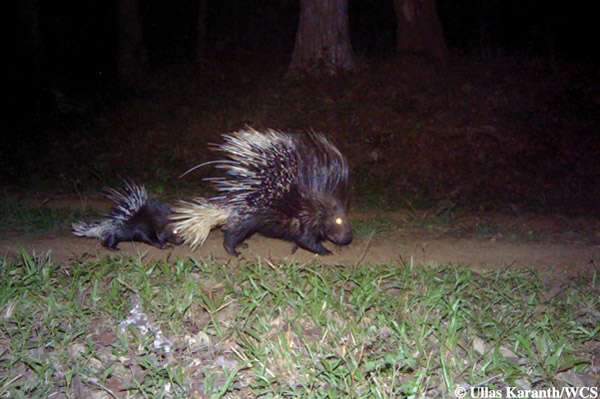 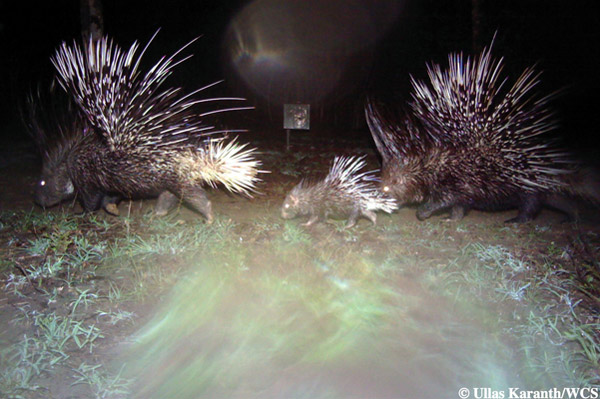 The number of offspring may range from one or two as in case of the mouse deer, one of the smallest ungulates in India, to as many as a dozen in a sounder of wild pigs. 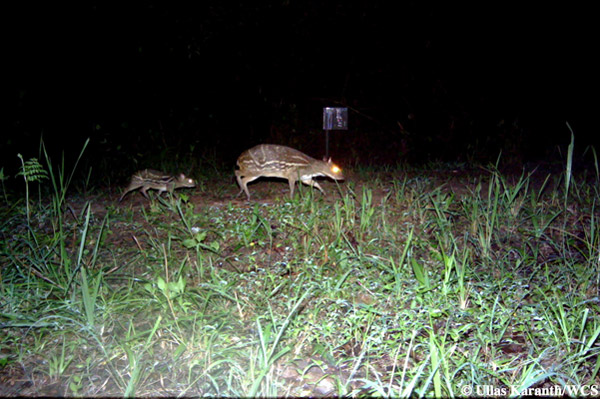 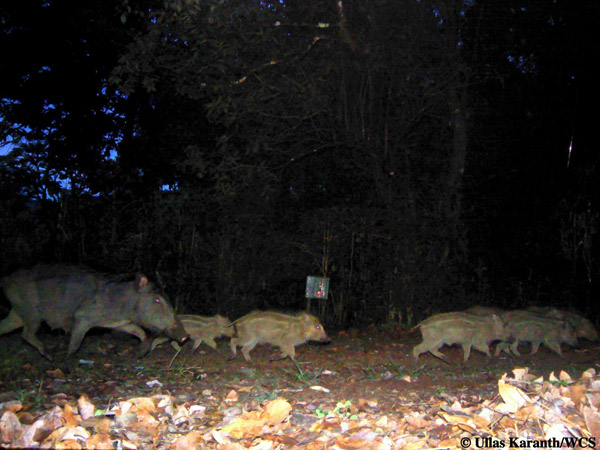 Big cats such as the leopard and the tiger, which may produce up to four cubs in a litter, ferociously protect their young ones. The cubs may live with their mothers up to two years before they move away as adults. 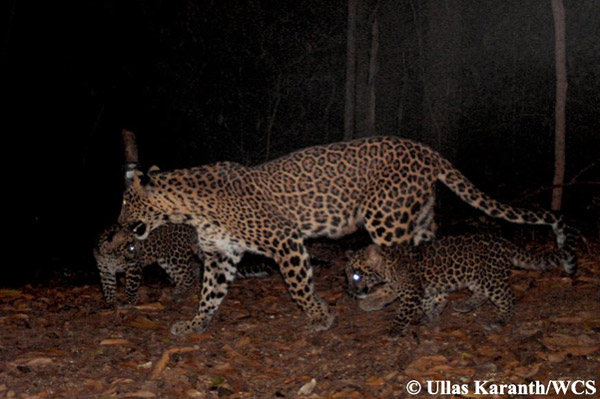 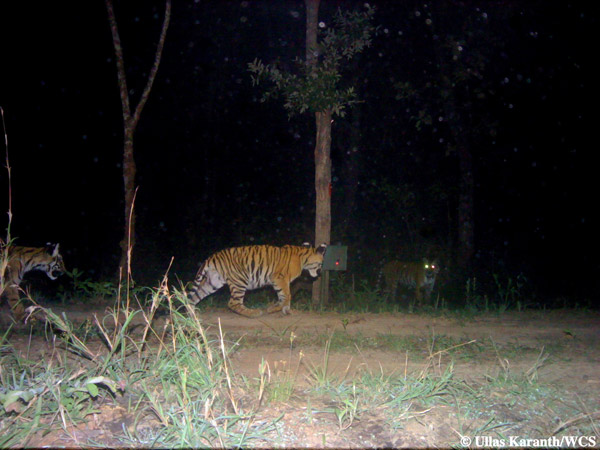 Not far behind in the list of aggressive parents is the sloth bear. In fact, sloth bear mothers are so protective that they carry the little ones on their backs to keep them safe! 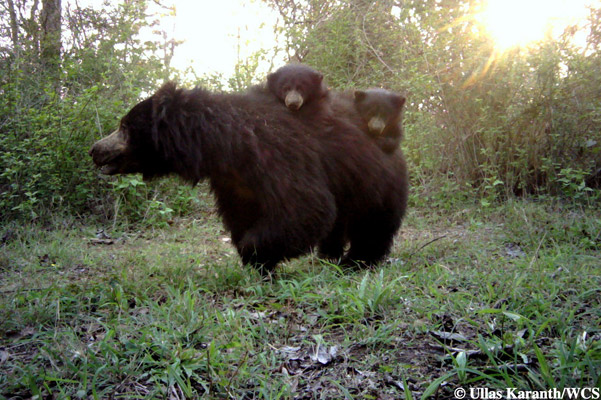 Finally, these remotely setup camera traps manage to capture the curious little young ones of the four-horned antelope, when even the adults are extremely shy, secretive and hard to spot! 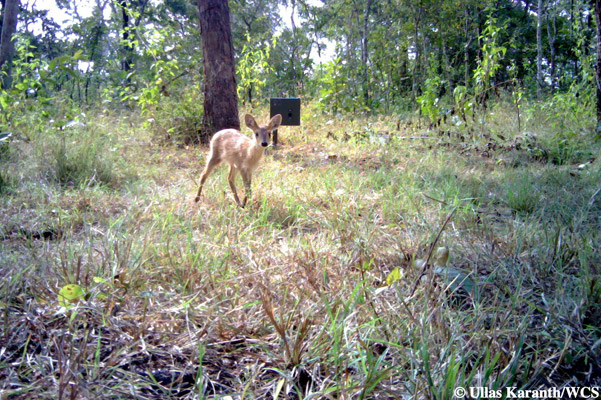 Watching and understanding animal behavior such as mating and parenting are among the most fun aspects of being a wildlife biologist. Our camera traps reveal delightful insights into curious world of animal babies! We have so much more to learn.

Special note: The authors work for the Wildlife Conservation Society (www.wcs.org and www.wcsindia.org).

(12/16/2013) Hornbills are as peculiar, as they are magnificent. Their calls especially, can sound rather strange to the uninitiated – some grunt, some growl, and some cackle maniacally. These queer birds, with their large brightly-colored curved beaks, and a distinctive cavity-nesting habit, are also totem animals for many tribes in India.