Habitat clearance and degradation are widespread throughout Madagascar. In the eastern rainforests, precious hardwoods (e.g. rosewood, ebony) are illegally extracted for their commercial value. However, in southern Madagascar, where ring-tailed lemurs persist, forest products are by-and-large used for local subsistence (i.e. charcoal, construction) and livestock forage. Forest regeneration time is long in these areas, given the arid conditions, which makes it difficult for animals to re-colonize extremely disturbed lands. Jacky Youssuff, a Professor at the University of Toliara, and his students have been documenting the effects of deforestation on ring-tailed lemurs and note both population declines and an increase in disease prevalence in lemurs in disturbed areas.

In addition to habitat loss, ring-tailed lemurs are also facing a burgeoning pet trade. Wild-caught infants and juveniles are targeted and sold to hoteliers or tourists. Animals may net up to 5,000 Ariary or about the equivalent of $2 US. Though ring-tailed lemurs are a protected species, wildlife laws have been difficult to enforce, given the remoteness of villages, little local knowledge of protection, and in some areas, a complete lack of law enforcement personal. Pet lemurs often become aggressive as they mature, and owners are pressured to confine or sell the animals.

However, Malagasy officials have recently been confiscating pet lemurs and handing the animals over to the Association Reniala to Mangily, a private reserve near Toliara and the first center of its kind in southern Madagascar.

“This is clearly a real issue,” says Michelle Sauther from the University of Colorado Boulder, who has studied ring-tailed lemurs for over 25 years, “confiscating illegally held lemurs is the right thing to do and Reniala is to be commended for trying to help, but this problem will not go away.”

Léa Giraud, the project manager at Reniala, notes that captive management is only a temporary solution for the confiscated animals.

“We want to make this conservation center a transitional home (for the lemurs),” says Girard, “where individuals can recover and then be transferred to appropriate parks.” Yet, releasing these lemurs may not be possible as many lack the skills necessary to survive in the wild, and can potentially transmit zoonotic disease to existing populations.

Bushmeat hunting is also threatening the survival of ring-tailed lemurs. Many ethnic groups from southern Madagascar hold traditional taboos against harming or eating lemurs, which has left ring-tailed lemurs free from hunting pressure, up until now. An increase in migrant workers (primarily for the mining industries), is leading to a breakdown in traditional values or at least an increase in the proportion of people who do not hold the traditional beliefs, which act to protect lemurs. Moreover, the existing black-market trade of radiated tortoises (Astrochelys radiate), which covertly transports these Critically Endangered animals, may facilitate trafficking lemur meat. Also, the demand for luxury wild meats is rising in Madagascar’s cities, and there is now a booming cash economy in the trade of southern Madagascar’s endemic animals, including ring-tailed lemurs. In these instances, smoked lemur carcasses also sell for about 5,000 Ariary or approximately $2 US.

The future of the ring-tailed lemur is far from certain. Lisa Gould, a Professor of Anthropology at the University of Victoria who has also been studying ring-tailed lemurs more than 25 years, is not hopeful. Since 2009 she has been working with populations of ring-tailed lemurs inhabiting small forest fragments and says “these tiny populations will most certainly become extinct in the near future.”

Gould continues by saying, “Unfortunately, I expect ring-tailed lemurs will be extinct in the wild in the not too distant future, possibly even within the next decade.”

Combating extreme poverty and increasing environmental awareness will be crucial components of conservation agendas, if ring-tailed lemurs are to survive in the wild, according to the IUCN Primate Specialist Group’s Action Plan to save lemur species, including ring-tailed lemurs. 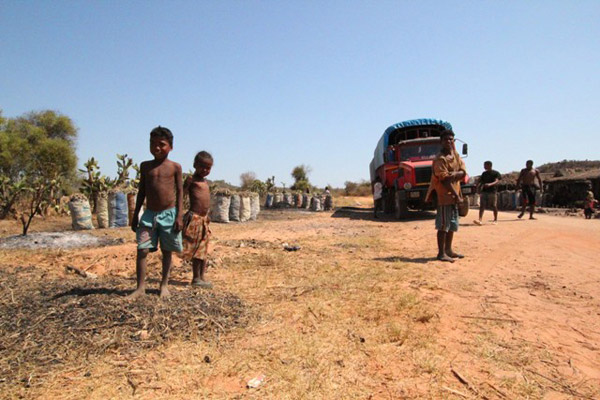 Charcoal for sale in Madagascar. Photo by: Marni LaFleur. 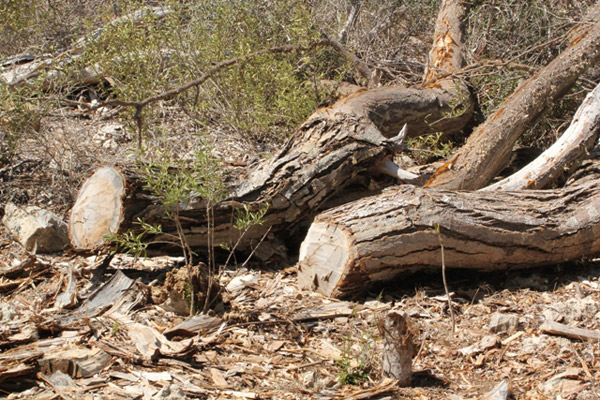 (02/27/2013) The promise of lemurs, lizards, and a bouquet of biodiversity brought mongabay.com founder Rhett Butler to Madagascar sixteen years ago. He was not disappointed by what he found and was inspired to return, many times to experience the wildlife, landscapes, and people of the dynamic island. In 2004, Rhett founded wildmadagascar.org, a site that highlights the spectacular cultural and biological richness of Madagascar and reports on environmental news for the Indian Ocean island nation.

(12/12/2012) Poaching is a major threat to endangered lemurs in some parts of Madagascar, but a group has come up with an innovative solution to the problem: replace lemur meat with silkworm pupae, a byproduct of silk production.

(11/13/2012) Madagascar’s greater bamboo lemur has been removed from the list of the world’s 25 most endangered primates after conservationists discovered previously unknown populations of the rare creature, according to the Aspinall Foundation, a charity that set in motion a species survival plan for the lemur.