Jaguars in Argentine Chaco on verge of local extinction

The majestic jaguar (Panthera onca), the largest of the New World cats, is found as far north as the southern states of the US, and as far south as northern Argentina. In the past jaguars ranged 1,500 kilometers (930 miles) further south, but their range has shrunk as habitat loss and human disturbance have increased. Overall, jaguars are classified as Near Threatened by the IUCN, but the level of risk facing jaguars varies by region. Populations in Argentina, at the present-day southern range limit, have previously been identified as some of the most threatened of them all.

The Chaco is considered home to the largest Argentine population, but the inaccessibility of the region has meant that until recently very little was known about the exact status of the population here. To address this lack of knowledge, biologists have undertaken a major study of jaguar range and abundance, recently published in Fauna and Flora International’s journal, Oryx. The results of the study point to a striking conclusion: the jaguar population in the Argentine Chaco is in crisis, and at risk of imminent local extinction.

A vast wilderness of dry forest, scrubland and plains, the Gran Chaco is the second largest forest region in the Americas. It encompasses parts of Argentina, Bolivia and Paraguay, and is a hot, inhospitable and sparsely populated region. It was partly this isolation that drew biologist Verónica Quiroga, of the National Research Council of Argentina, lead author of the study, to the Argentine Chaco, where she has been working for over a decade.

“From the first time I went to the Chaco and watched the first mammal footprints marked in the dry powder, I knew that I wanted to work some time in that environment and with large mammals,” she told mongabay.com. Her studies of mammals in the Copo National Park sparked an interest in jaguars in particular. “The first alarming conclusions were that very little was known of the species in the Chaco region, that nobody was studying jaguars particularly there and that, apparently, populations were having an important numerical decrease throughout the region.”

Quiroga and her team have since carried out an intensive long-term survey of jaguars in the Argentine Chaco. They focused on locations thought to have the highest likelihood of jaguars, including Copo National Park and Aborigen Reserve, as well as sites that differ in their levels of legal protection, livestock burden and hunting pressure. A large network of camera traps collected more than 5,320 nights of footage, and over 120 local people were interviewed about their knowledge and experiences with jaguars. The team walked more than 900 kilometers (560 miles), searching for signs of jaguar presence. But despite this exhaustive effort, the results were bleak. No photographs of jaguars were captured by the camera traps, and very few tracks were found. In total, 35 records of jaguars were obtained, and only 13 of these were direct observations.

“Until this study began, it was believed that the Chaco population of jaguars was the largest in Argentina, by the large surface area occupied and its connection with other populations, like the Paraguayan Chaco,” said Quiroga. “It was a big surprise to discover that not only the densities were very low, but this population is the most threatened of the three remaining in the country.” 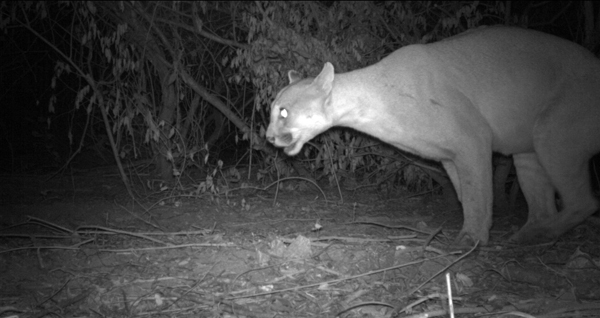 A puma (Puma-concolor) marking its territory on the banks of the Bermejo River in La Fidelidad. Photo courtesy of Verónica Quiroga.

The conversion of jaguar habitat to cattle ranching and the persecution of jaguars themselves are the main drivers of this population decline. The number of hunted jaguars reported in interviews can be used as an indicator of jaguar abundance, and the study found that this has dropped ten-fold over the last decade. Rather than indicating a change in hunting practice, or in the perception of jaguars as a threat to livestock and people, this reflects the rate at which local people now come into contact with jaguars. Although the overall range size has not decreased, the dramatic drop in abundance will spur conservation action.

“At this time it is necessary, with utmost urgency, to develop a campaign to improve awareness of the problems facing the species, its conservation value, and its importance in the ecosystem as top predator,” Quiroga explained.

“We also need a campaign to suggest changes in livestock management to prevent possible conflicts with the species. It is necessary to work with rural schools, with park rangers, with local communities and with other key actors of the rural Chaco region, to try to change the local perception about the species.” 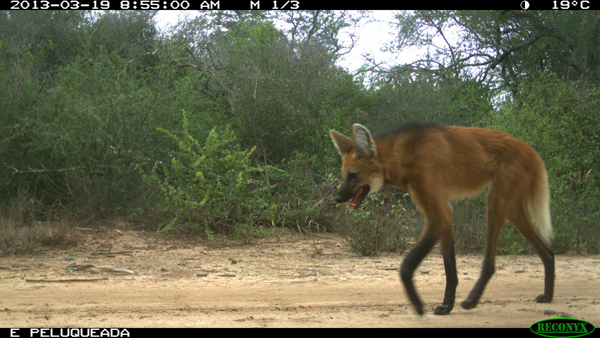 The jaguar’s decline in the Chaco is indicative of wider population declines affecting other species, such as the giant armadillo (Priodontes maximus), white-lipped peccary (Tayassu pecari), the endemic Chacoan peccary (Chacoan wagneri), and puma (Puma concolor). Therefore, action taken to benefit the jaguar will also benefit many other species.

“The creation of new protected areas, as well as the correct implementation of those that already exist, such as conservation corridors where poaching is controlled, are urgent actions to be carried out by the local government,” Quiroga said.

Quiroga and her team are continuing their work to document and protect the mammals of the Argentine Chaco. A major focus for their future work is a region known as La Fidelidad, which has been proposed as a future national park. 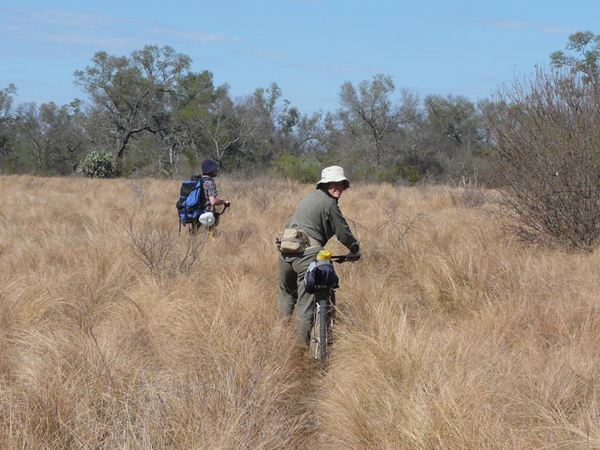 “This area is located in the heart of the Argentine Chaco, it is 2,500 square kilometers of Chaco forest in excellent condition, without rural inhabitants and with a great potential for the recovery of the jaguar. This site is one of the last with these characteristics in the region, is in a strategic location with respect to other protected areas, and has a high availability of prey for the jaguar,” Quiroga explained.

“Our research efforts will be focused in the coming years at La Fidelidad and in other sites of the Chaco region where we believe that the jaguar still has a chance.” 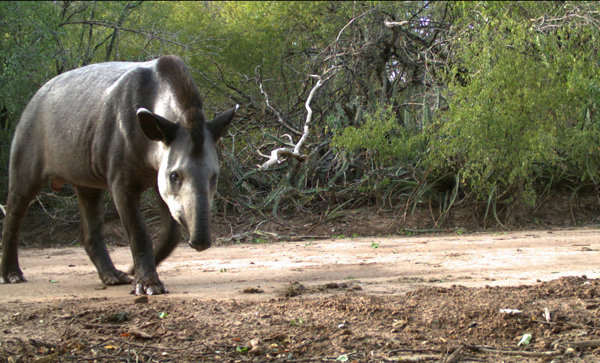