Assassination 25 years ago catalyzed movement to protect the Amazon 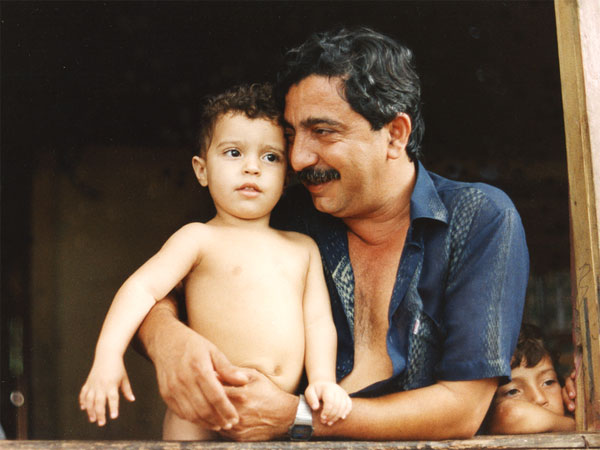 Chico Mendes in the window of his home in Xapuri, Brazil with Sandino, his son, in November 1988. Photo by Miranda Smith, Miranda Productions, Inc.

Twenty-five years ago today, Chico Mendes, an Amazon rubber tapper, was shot and killed in front of his family at his home in Acre, Brazil at the age of 44.

His assassination was the catalyst that sparked a much broader movement to protect the Amazon against rampant deforestation. The movement empowered a new generation of forest people and activists and would eventually culminate in millions of hectares of Amazon rainforest being set aside in reserves.

But while the deforestation rate has plunged in the Brazilian Amazon since the Mendes’s murder, his legacy remains only partly fulfilled. Violence against indigenous people and environmentalists in the Amazon is still rampant, while large landowners are still largely above the law. Deforestation in the Brazilian Amazon even crept up over the past year, after falling to a historic low in 2012.

Still there are encouraging signs in the Amazon and beyond that some of the key issues Mendes fought for are being more widely realized. For example in places ranging from Colombia to Indonesia, forest people are gaining rights to manage their traditional lands, while the world’s largest institutions and companies are now paying more than lip-service to concepts like environmental sustainability. Cutting down forests is no longer viewed a progress across most of the world, as noted by Steve Schwartzman of the Environmental Defense Fund.

“Before Chico, people in Brazil, if they thought about it at all, thought that slashing and burning the Amazon forest was the price of progress,” wrote Schwartzman, who worked closely with Mendes in the mid to late 1980’s. “Today, not even the head of the agribusiness caucus of the Brazilian Congress – who fought very hard to relax legal restrictions on forest clearing – will say that Brazil needs to cut down more forest to grow, and the overwhelming majority thinks that deforestation has to stop.”

Martyr of the Amazon: The legacy of Chico Mendes