The catastrophic explosion that spewed some five million barrels of oil deep into the Gulf of Mexico in April 2010 will take a heavy toll in the ocean’s lowest layers for years to come. That’s the stark conclusion of seafloor research conducted six months after the Deepwater Horizon oil spill.

The study, published on August 7 in PLoS ONE, examined life in the Gulf’s deepest waters near the blowout, about 1.6 kilometers below the surface. Here, the researchers found that the damages will take decades to reverse. The work is part of the Natural Resource Damage Assessment, created by the U.S. National Oceanic and Atmospheric Administration. The assessment will help set the damages charged to British Petroleum (BP), which operated the well. 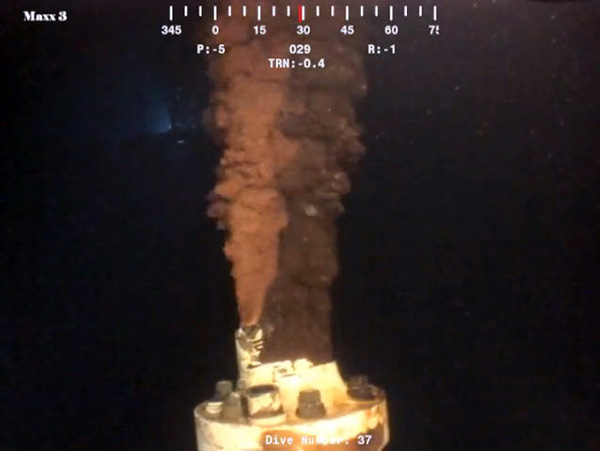 Video feed of oil spewing from the broken Deepwater Horizon well. It flowed for about three months before engineers capped the leak. (Credit – U.S. Senate Committee on Environment and Public Works)

At those depths in the Gulf of Mexico, three types of creatures thrive: worms, shellfish, and mollusks. The scientists studied sediment samples collected at different distances from the destroyed oil wellhead to determine how the oil and dispersant chemicals affected the ecosystems. The sediments yielded a census of the animals that live in the mud, as well as a measure of the contaminants that lingered.

“The sediments are like little canaries in the coal mine. We used them to find out what’s going on,” said lead author Paul Montagna, a deep-sea environmental scientist from Texas A&M University, in an interview with mongabay.com.

The closer the team surveyed to the well, the less diversity of marine life they found. Nearest the disaster site, crustaceans and shellfish suffered greatly; these creatures are particularly sensitive to pollutants in the deep sea. Worms were still numerous, although their numbers declined closer to the well.

The scientists used the data to designate healthy and unhealthy areas in the deep sea depending on each location’s “footprint” of oil impacts. High-impact areas were unhealthy, with heavy contaminants and low levels of animal life. Low-impact locations were low in contaminants and high in animal diversity. The researchers then mapped the impact zones across an area covering 148 sq km, about the size of a small city. They colored the “severely impacted” zones red, the “moderately impacted zones” orange, the “low zones” yellow, and the “normal zones” green. 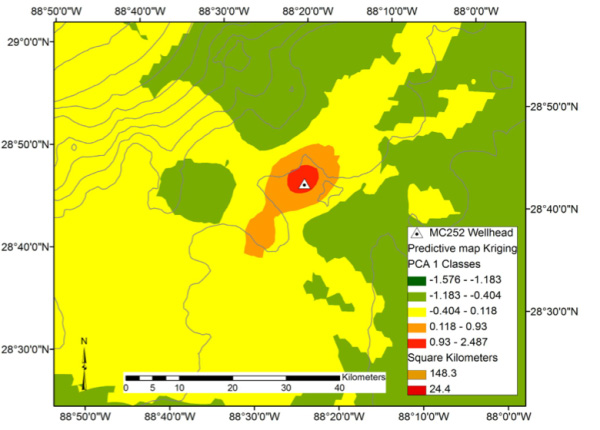 “We didn’t see splotches of color,” Montagna said. “Instead, colors formed a bull’s-eye target with a big red spot in the middle at the wellhead, and decreasing colors as it goes around.” The team’s statistical and mapping methods will help other scientists scrutinize future spills of oil or chemical contaminants.

Based on how much oxygen the undersea organisms need and how slowly bacteria grow in the deep sea, the team estimates that it will take decades for the ecosystems to recover. However, BP has disputed those claims. The team’s paper “provides no data to support” the recovery estimates, the company maintained in a statement.

Not so, said Holly Bik, a postdoctoral researcher in marine genomics at the University of California, Davis. The team’s figures “speak for themselves,” Bik told mongabay.com. In the deep ocean, temperatures are similar to those in a refrigerator, so contaminants linger longer and can take decades to decay.

“Because everything is in slow motion in the deep sea, getting back to a normal ecosystem is going to take a lot longer than at the surface,” Bik said. 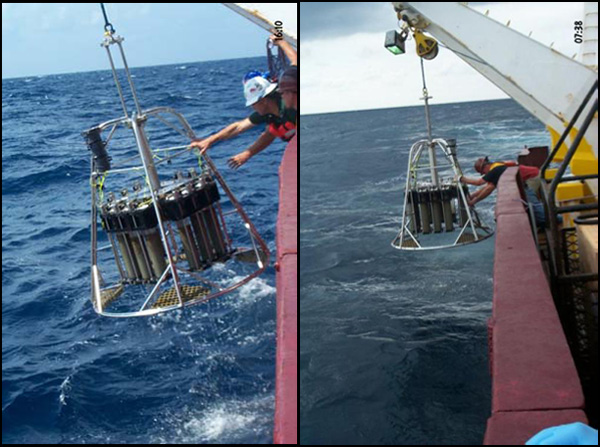