A gold mining project proposed near the Belo Monte dam site in the Amazon rainforest has been suspended by a Brazilian court, reports Reuters.

The suspension was handed down to Toronto Stock Exchange-listed Belo Sun Mining Corp in response to a civil lawsuit filed on November 13th by the Federal Public Prosecutor’s office in Pará, the state where the mine site is located. Work on the project will be suspended until an assessment on the mine’s impacts on indigenous people is completed.

“The licensing of the mining project without necessary and prior analysis of impacts on indigenous peoples – a fact confirmed by evidence presented in this case – constitutes a serious violation of environmental legislation and indigenous rights,” said federal judge Sergio Wolney. 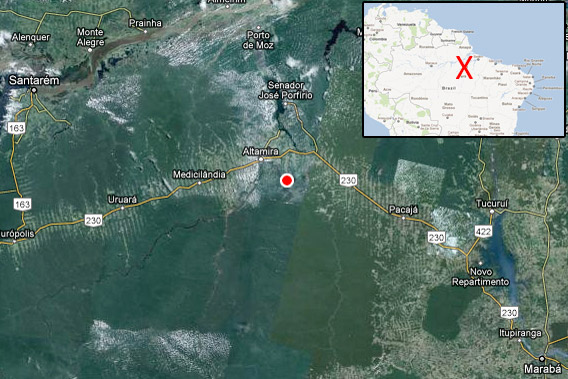 Amazon Watch, an environmental group that has been battling Belo Monte and other dams in the region, says that both the mine and Belo Monte will have substantial impacts on local indigenous communities.

“We applaud the MPF for taking vigorous steps to uphold Brazilian environmental and human rights legislation, putting the brakes on a project that would heap further tragedy on the communities already faced with the disastrous Belo Monte dam,” said Amazon Watch’s Christian Poirier in a statement.

Belo Sun’s thinly-traded stock (TSE:BSX) fell 14 percent after the decision. The company said it would appeal.