At first glance, a recent report from the U.S. White House on the social cost of carbon reads like a daunting economics exam. A small chart poses the first question about the price tag policymakers attach to future greenhouse gas emissions: Does each metric ton of carbon that billows into the air cost $11, $33 or $52? The answer is all of the above.

But researchers working at the Natural Resources Defense Council in Washington, D.C. suggest that this confusing point may be moot—at least for energy production. Writing in the Journal of Environmental Studies and Sciences, economist Laurie Johnson reports that low-emission energy sources could be cheaper than conventional coal. “Even though coal is really cheap to operate now,” Johnson told mongabay.com, “it’s actually more cost effective to decommission [power plants] and build new, cleaner sources when you take carbon pollution into account.”

To calculate the social cost of carbon (SCC), a government task force weighed potential damages from climate change against the nation’s projected economic growth. Like the counterweight on a scale, analysts set the SCC to balance investments in cleaner technologies with the benefits of carbon cutbacks. For example, in 2012, the U.S. Environmental Protection Agency (EPA) decreed that cars manufactured in 2025 must average a fuel efficiency of 54.5 miles per gallon, or about 23 kilometers per liter of gasoline. Based on the SCC, the EPA determined that what automakers invest in reaching this benchmark will be worth the reduction in carbon emissions. Multiple SCC values give policymakers flexibility when crafting new regulations. 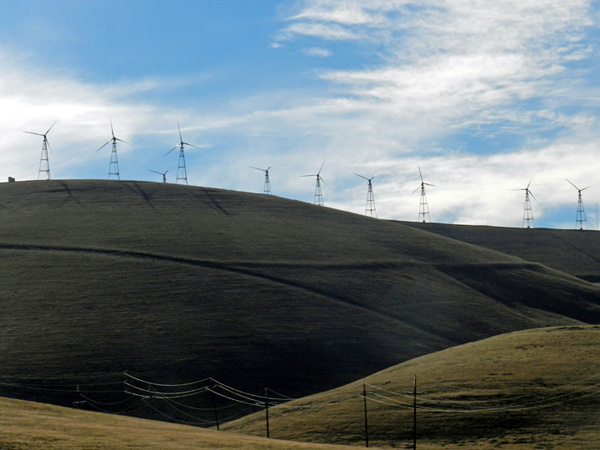 A sampling of the over 5,000 wind turbines standing in the hills of Livermore, about 50 miles east of San Francisco. Photo credit: Matt Davenport

Yet Johnson argues that the government numbers underestimate climate change effects. Because of this, citizens in today’s generation will force their next of kin to cope with huge environmental and economic burdens, she maintains. “We’re not giving them a choice. We’re saying we get more now and you get less later,” said Johnson. So she and her colleagues extended energy cost calculations to farsighted but hypothetical SCC values of $62, $122 and $266 (illustrated in the bar graph).

Today, coal-fired energy costs a meager three cents per kilowatt-hour (the average American household consumed about 11,000 kilowatt-hours of electricity in 2011). All other energy sources cost more than twice that amount. However, factoring carbon emissions into prices rocks the energy landscape. Cleaner energies become cheaper than coal with each increasing SCC value, starting with natural gas at $33 and wind at $52.

Solar energy also undercuts coal’s cost-efficiency in the team’s new range of SCC values. At an SCC of $266, coal ends up at 34.5 cents per kilowatt-hour—more than the combined cost of wind, solar and natural gas plants with technology designed to capture and store carbon emissions.

But Marlo Lewis of the Competitive Enterprise Institute (CEI) believes Johnson’s study goes too far, calling it “assumption-driven hocus-pocus.” (The CEI is a free-market advocacy group based in Washington, D.C.) “They’re invoking make-believe prices to make real prices look phony,” said Lewis in an interview with mongabay.com. “I would make the case that there’s a social cost of carbon mitigation.”

Johnson, however, believes the figures merit debate—especially on behalf of those most affected by carbon’s growing imprint. “Lewis may think these [projections] are ‘hocus-pocus,’” she said, “but a parent with an asthmatic child or a drought-stricken farmer might disagree.” 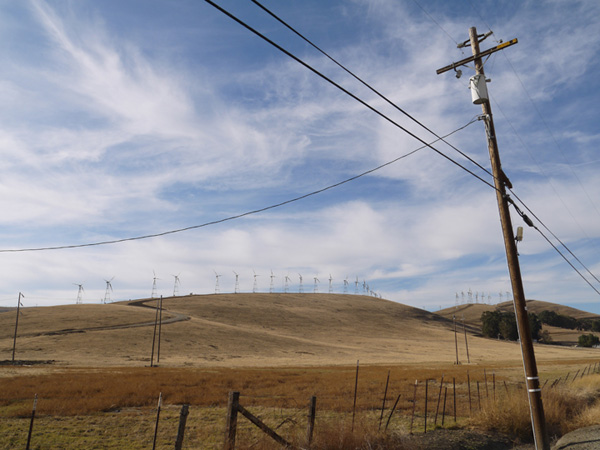