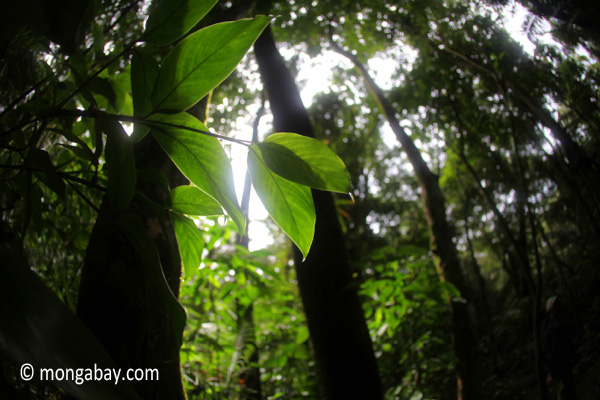 Provided two to three days of training, forest communities can accurately and cost-effectively measure biomass and other data needed to assess REDD+ projects, finds a new study published in the journal Ecology and Society.

The research was conducted with communities living in lowland rainforest in Indonesia, mountain forest in China and monsoon forest in Laos and Vietnam. It found that local communities using simple tools can gather forest carbon data “on par” with professional foresters using advanced, high-tech gear.

The study also argued that community forest monitoring is cheaper than professional monitoring in the long-term.

“We’re convinced that engaging communities is ultimately the most cost-effective approach,” said Subekti Rahayu, an analyst at the World Agroforestry Centre (ICRAF) who was one of 22 researchers involved in the study. “The small extra cost would be largely offset by its benefits to both local people—who would earn wages and gain training from these activities—and larger global efforts to address climate change.”

The research suggests that forest monitoring could be a key way to involve local people in REDD+ projects that aim to reduce emissions from deforestation and forest degradation.

“Saving the world’s forests requires us to close the massive gulf between international promises and realities on the ground,” said Finn Danielsen, the study’s lead author and senior ecologist at the Nordic Foundation for Environment and Development in Copenhagen, Denmark. “Our research shows that if more REDD+ projects were to include community monitoring, we would see a more just global effort to fight climate change that meaningfully incorporates insight from people who depend on forests for everything from their incomes to their food—and are eager to protect these precious natural resources as a result.” 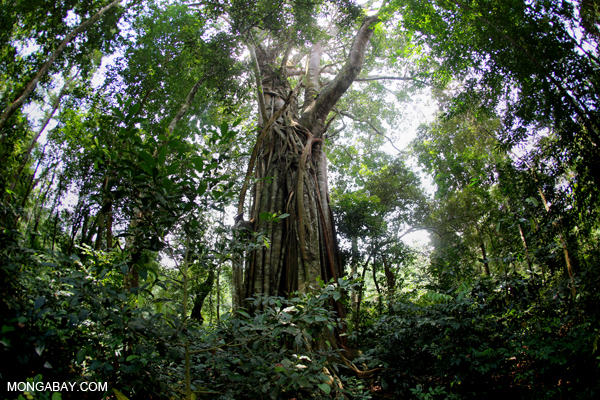 The U.N.’s REDD+ program is designed to promote forest conservation by offering financial incentives to tropical countries to preserve carbon-dense ecosystems. First laid out in 2007, the program has been slow to move forward due to concerns about social and environmental safeguards as well as institutional, governance, and financial challenges. Nonetheless REDD+ supporters hope to see progress at next month’s climate talks in Warsaw, Poland.

Still many are skeptical of REDD+ as currently designed. Rosalind Reeve, a senior fellow at the Ateneo School of Government in Manila and a member of the REDD+ Safeguards Working Group, says new the findings confirm some of the U.N. program’s shortcomings.

“The UNFCCC has failed to translate the commitment made in Cancun for full and effective participation of indigenous peoples and local communities into practical recommendations. In the guidance developed so far there’s no mention of involving communities in monitoring either carbon or safeguards, or even recommending a participatory approach to developing systems,” Reeve said in a statement. “Because the UN has failed to give a strong signal to countries that they should engage communities in monitoring and use a participatory approach to develop systems, countries have failed to embed community monitoring in their national REDD+ plans.”

“It’s clear from this study that civil society must actively monitor – and have more say – in these projects. Otherwise, how do you ensure that they are interrogated rigorously?,” added Juan Carlos Carrillo of the Centro Mexicano de Derecho Ambiental (CEMDA). “Local communities – using simple and cost-effective methods — must be involved in the implementation of systems that measure, report and verify both carbon and the safeguards, particularly the full and effective participation of indigenous peoples and local communities.”

Others have expressed concerns that the REDD+ program doesn’t adequately protect against adverse environmental outcomes, like first-time logging of primary forests, or address underlying drivers of deforestation, like commodity consumption.