The reintroduction of captive gorillas to areas where they have been hunted to extinction appears to working, suggesting a possible new front in efforts to save great apes, finds a new study published in the journal Oryx.

The study, conducted by researchers at the Aspinall Foundation, looked at long-running reintroduction projects in Gabon and the Republic of Congo. Between 1996 and 2006 the projects released a total of 51 western lowland gorillas — most of which had been rescued from the illegal bushmeat trade — into the wild after a careful rehabilitation process. Since their release, the gorillas have been closely monitored by researchers, who last year published an International Journal of Primatology paper documenting post-release survival, birth rates and dispersal. 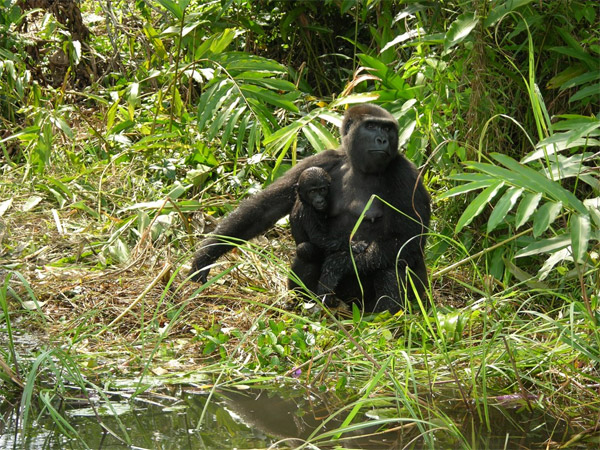 The new study is an extension of that paper, applying a model that simulates the long-term viability of the reintroduced populations. It finds a 90 percent likelihood of the gorillas surviving over a 200-year period. The biggest threat to the gorillas — other than hunting and deforestation — would seem to be a catastrophic outbreak of an ebola-like virus, which can rapidly wipe out more than 90 percent of a population. 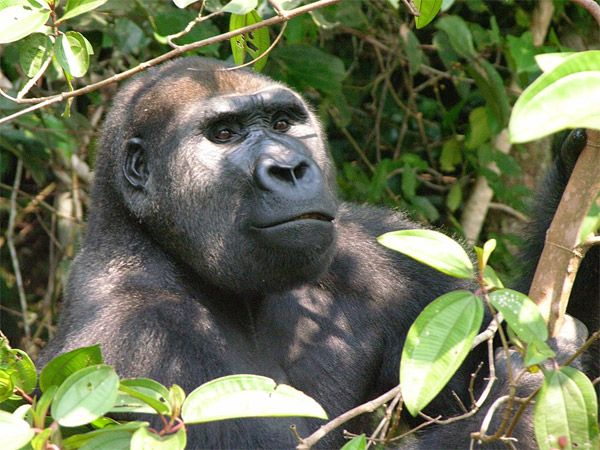 The authors say the results are a rare bit of good hope for lowland gorillas, which continue to face an onslaught of threats from habitat loss and commercial hunting.

“We have seen with our own eyes the remarkable ways in which the released gorillas adapt to their new homes, and have celebrated numerous successful births to orphaned gorillas who never had the chance of a normal upbringing in a gorilla family – but this is the first time that we have put all this together to help predict the future success of the reintroductions,” said lead author Tony King, who runs the Aspinall Foundation’s conservation and reintroduction program. “The gorillas are still living on a knife-edge though. Small reintroduced populations are always susceptible to crashes due to random changes in any number of factors. We plan to release more gorillas at both sites, which will increase the chances that the populations will survive. In reality we are still only just beginning.” 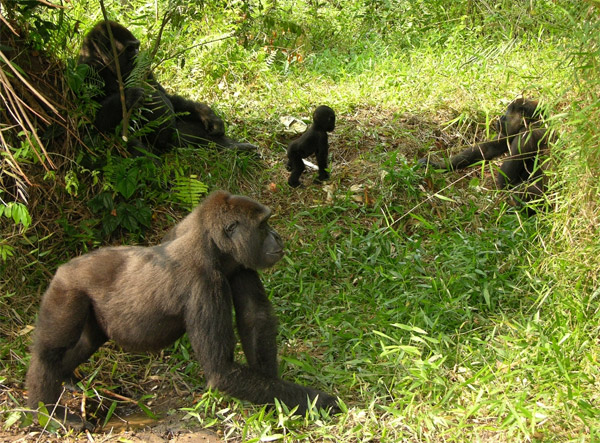 Western lowland gorillas occupy a large swathe of tropical forests in and around the Congo Basin, including Angola, Cameroon, Central African Republic, Republic of the Congo, Democratic Republic of the Congo, Equatorial Guinea and Gabon. Though the wild population is estimated at over 100,000, the subspecies is nonetheless classified as “Critically Endangered” by the IUCN Red List.