A new public-service campaign in China will ask potential ivory and rhino horn buyers to see the victims of these illicit trades in a new light: as the “pandas of Africa.” The posters are a part of WildAid’s “Say No to Ivory and Rhino Horn” campaign, which was launched earlier in the year.

“These new works aim to enhance China’s current conservation efforts, shining a light on their accomplishments while asking them to broaden the impact of their kindness,” says WildAid Executive Director Peter Knights.

The new posters, which also include an additional “blood” ivory and rhino horn design, were created by well-known artist and conservationist, Asher Jay.

“By transforming consumers into conservationists, we can directly impact the future of Africa’s rhinos and elephants,” says Jay. “Cultural change is a contagious phenomenon, and comes with a tipping point—it starts with a few, gets adopted by many, and is then condemned by all. It is my daily hope that rhino and elephant.”

Elephants and rhinos in Africa are being decimated for the illegal wildlife trade driven largely by demand in China and other East Asian countries. Experts have estimated that in recent years around 30,000 elephants have been butchered every year by poachers for their tusks. Rhino mortalities are fewer, but largely because there are less rhinos to target: already this year, South Africa has lost 790 rhinos—a new record for the country.

The underground cartels that fuel the illegal wildlife trade, worth an estimated $19 billion, are also often linked human trafficking, drugs, and arms sales. Most recently, experts have noted that terrorist group Al-Shabaab is in part fundraising its activities—including the massacre in the Westgate Shopping mall in Nairobi which left over 70 dead—by killing elephants for ivory. 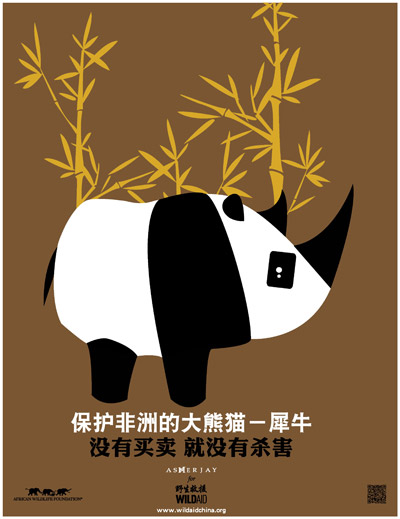 The poster reads: Protect the pandas of Africa – rhinos. When the buying stops the killing can too. Image courtesy of WildAid. 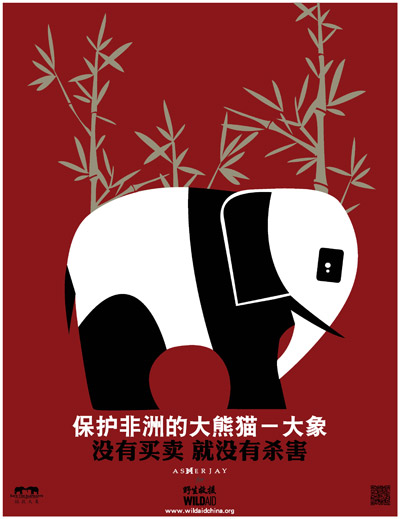 The poster reads: Protect the pandas of Africa – elephants. When the buying stops the killing can too. Image courtesy of WildAid. 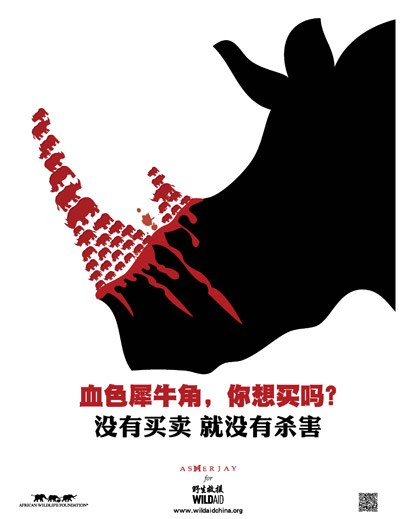 The poster reads: Do you want to buy bloody rhino horn? When the buying stops the killing can too. Image courtesy of WildAid. 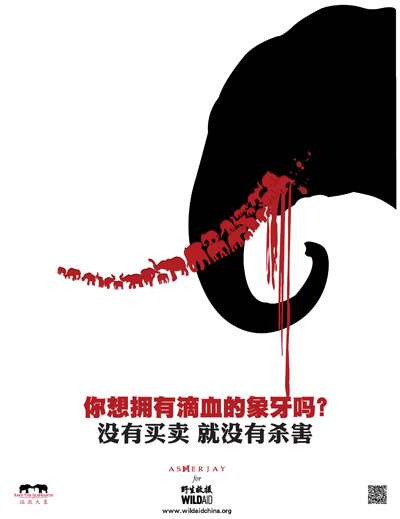 The poster reads: Do you want to own ivory dripping with blood? When the buying stops the killing can too. Image courtesy of WildAid.

(09/24/2013) Two wildlife rangers have been killed by poachers in Thailand, reports the Wildlife Conservation Society.