A map in an internal Peruvian government report reveals that gas company Pluspetrol has been flying over the protected Manu National Park (MNP) in the south-eastern Peruvian Amazon where UNESCO says the biodiversity “exceeds that of any other place on earth.” The over-flight was done via helicopter on 3 February, 2012 by Pluspetrol personnel together with a team from the National Institute for the Development of Andean, Amazonian and Afroperuvian Peoples (INDEPA).

According to the report’s Annex 1, INDEPA’s proposal was to fly over the Kugapakori-Nahua-Nanti Territorial Reserve (RTKNN) for indigenous peoples in “voluntary isolation” and “initial contact.” RTKNN is immediately west of the MNP, and almost a quarter of its area is overlapped by a gas concession operated by Pluspetrol called “Lot 88.” The plan refers to flying to “the limits of the RTKNN,” but makes no mention of flying over the MNP.

Annex 2 to the report is a map of INDEPA’s proposed flight plan and Annex 3 a map of the route actually flown, which shows the helicopter went well beyond the eastern boundary of Lot 88, beyond the RTKNN, and over the westernmost part of the MNP. Annex 4 includes photos and maps of settlements beyond Lot 88, as well as an additional, amplified map showing that they flew over the MNP and crossed a river marked as “Rio Manu Chico.”

An aide memoir attached to the report states, “The overflight route taken differed from the proposed and agreed route,” highlighting that it involved flying over settlements called Sagondoari, Marankeato and Montetoni outside Lot 88. and “even entering 4.5kms into Manu National Park (headwaters of the River Cashpajali).” 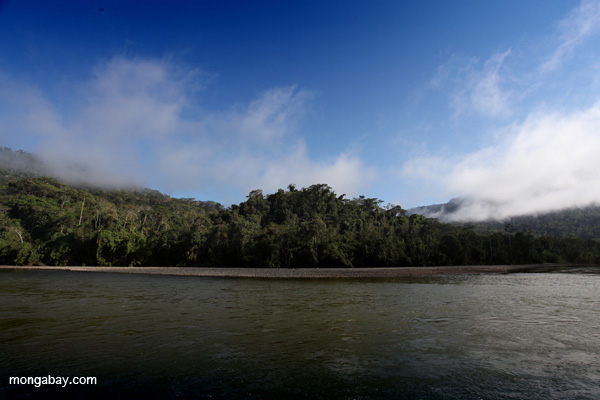 Pluspetrol’s interest in the western reaches of the MNP was exposed earlier this year by an article in The Guardian revealing that the company had applied for permission from Peru’s protected areas authority to enter the park and had been refused. Subsequently a consultancy had written a report for Pluspetrol titled, “Research Plan for Geological Exploration and Surface Geochemistry in the Manú National Park and Buffer Zone.” The report, dated March 2012, the month after the INDEPA over-flight, stated that Quartz would be prepared to develop a strategy to obtain permission from the government for Pluspetrol to enter Manu in the future.

“Lot 88 is recognised as the corner-stone of the engine of the nation’s economic development,” Quartz’s report states. “Our mission, as an institution providing specialist technical services to Pluspetrol, will be to contribute not only to the continuation of activities in Lot 88, but also to the development of the Manu National Park protected area and the development of the nation through sustained private investment in hydrocarbons. . . Pluspetrol has plans to do geological exploration in the River Maquizapango region and/or its surroundings, an area to the east of the Lot (88) and inside the Manú National Park.”

Pluspetrol’s application to Peru’s protected areas authority, SERNANP, was made in September 2011 and requested permission to explore the “River Cashpajali basin,” describing the River Maquizapango as a River Cashpajali tributary. According to a map accompanying that application, the two rivers in which the company was interested lie just to the north of where they did the over-flight with INDEPA in February 2012.

Pluspetrol’s initial response to the article published in The Guardian was to claim it only wanted to enter the MNP out of “scientific interest,” following that with a later claim stating that it hoped geological exploration of the park would help it better understand Lot 88. The company is currently expanding its operations in that concession, with three new wells already approved by the Energy Ministry, and another 18 wells, a 10.5km pipeline extension and seismic tests pending approval.

Like the RTKNN, the MNP is also inhabited by indigenous peoples in “voluntary isolation,” who, due to their lack of immunity to outsiders’ diseases, could easily be decimated by contact with gas company workers.

INDEPA’s report also includes photos of clearings at six locations in the RTKNN where Pluspetrol wants to drill the majority of its new wells. 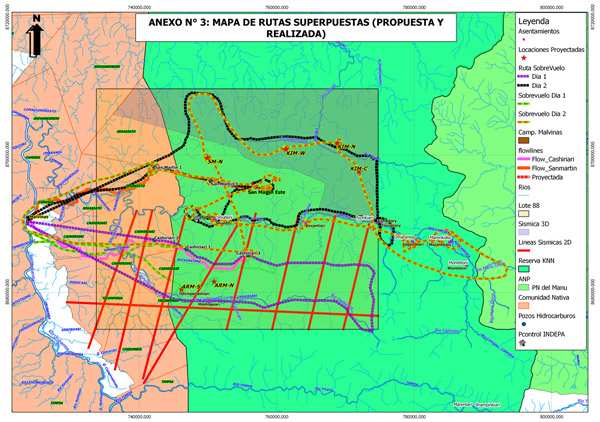 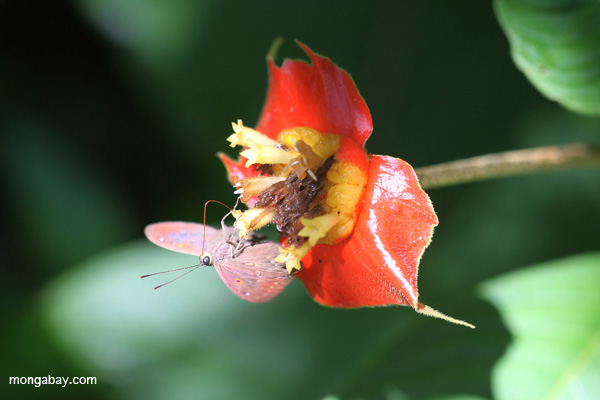 Manu is considered among the most biodiverse ecosystems on the planet. Photo by: Rhett A. Butler.

David Hill is consultant for the Forest Peoples Programme, an international human rights organization supporting indigenous organizations in Peru concerned about the expansion of the Camisea gas project.

(06/24/2013) A consortium of gas companies headed by Pluspetrol and including Hunt Oil plans on detonating approximately 38 tons of explosives in the south-east Peruvian Amazon in one of the most biodiverse regions in the world. The detonations are part of 2D and 3D seismic tests planned by Pluspetrol in its search for new gas deposits in the Camisea region—plans that are currently pending approval by Peru’s Ministry of Energy and Mines (MEM).