Fires that sent a choking haze across Singapore and Malaysia in June burned some 1,500 square kilometers in Riau Province and were predominantly concentrated on peatlands, reports the World Resources Institute (WRI).

Analysis of satellite data by WRI found that 72 percent of fires during the month of June occurred on peatlands in Riau. The findings are significant because peat fires are a major source of greenhouse gas emissions and cause a disproportionate amount of air pollution. Smog levels hit record levels in Singapore and parts of Malaysia during the worst of the haze, spurring outcry from health officials and regional leaders. 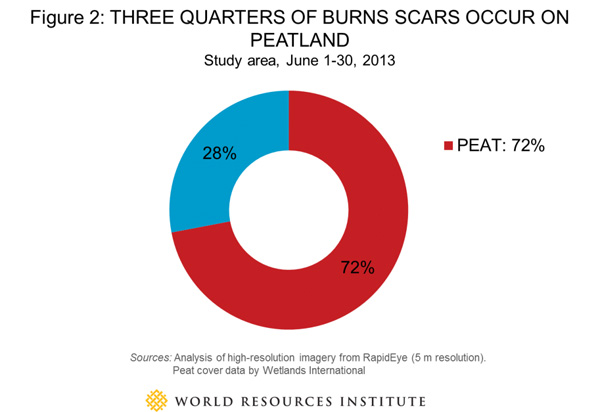 WRI also found a large number of burn scars within concessions controlled by timber and palm oil companies. But the organization stopped short of blaming those companies for the fires, noting that concession maps are notoriously poor.

WRI said its research has practical applications for policymakers in Southeast Asia. Specifically, the analysis reveals the effectiveness of fire alerts provided freely by NASA.

“WRI analysis shows that the medium-resolution NASA MODIS FIRMS system correctly detected fires 97 percent of the time, when compared with expert visual and GIS analysis of high-resolution imagery,” said WRI in a blog post. “This directly addresses a concern from many stakeholders about the accuracy of the NASA data.”

“Not only is the NASA data highly accurate, it is also updated every day and available for free to everyone. Policymakers thus can focus on the steps needed to prevent fires and respond rapidly when they are detected, and do not necessarily need a new (expensive) monitoring system.” 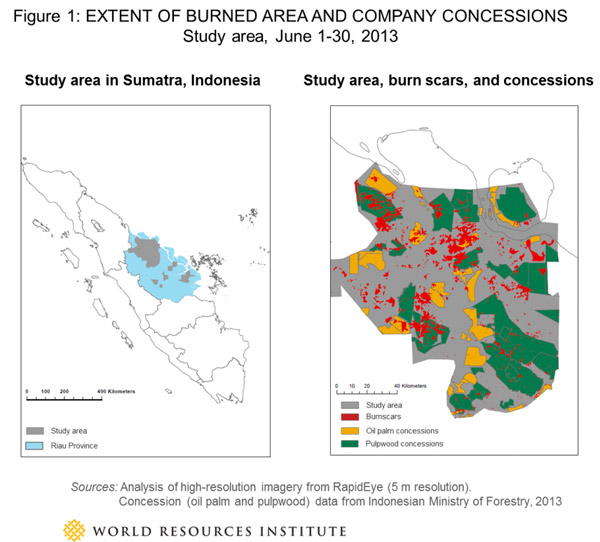 WRI added that a bigger obstacle to addressing fires is inaccurate and out-of-date concession maps.

“Further refinement of the analysis summarized here is impeded by the poor quality of the publicly available concession maps for Indonesia,” it said. A commitment to releasing public concession maps would “support more effective law enforcement, improved coordination between government agencies and between local and national governments, better analysis from universities and researchers, and the ability to develop of measures to prevent future fire and haze disasters.”