Gabon has lost most of its big meat-eaters including lions, spotted hyenas, and African wild dogs (although it’s still home to a lot of leopards), but a new study focuses on the country’s lesser-known species with an appetite for flesh. For the first time, researchers surveyed Gabon’s small carnivores, including 12 species from the honey badger (Mellivora capensis) to the marsh mongoose (Atilax paludinosus).

The team—made up of scientists from Panthera, the Wildlife Conservation Society, University of Stirling, and other institutions—utilized camera trap photos from 16 different studies, comprehensive field data, and visits to booming bushmeat markets to find out what small carnivores are still found in Gabon.

During the work, the researchers documented two species—the common slender mongoose (Herpestes sanguineus) and Cameroon cusimanse (Crossarchus platycephalus)—never before recorded in Gabon. They also greatly widened the known range for the Egyptian mongoose (Herpestes ichneumon). However, the study, published in Small Carnivore Conservation, wasn’t meant to just survey the country but also to see if these smaller predators are imperiled.

“[Small carnivores] could be disappearing due to the bushmeat crisis sweeping through the region,” says lead author, Laila Bahaa-el-Din who has also studied the African golden cat(Profelis aurata) in Gabon, one of the world’s least known cat species. About twice the size of a house cat, the African golden cat was not included in this particular research. 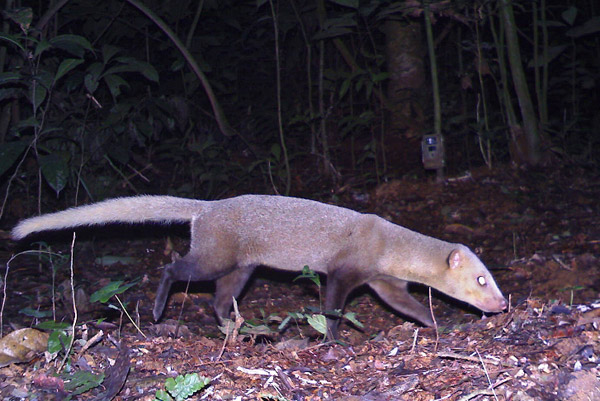 Notably all dozen species included in the study are categorized as Least Concern by the IUCN Red List, and, fortunately, the researchers found that by-and-large, the carnivores are not significantly threatened by Gabon’s bushmeat trade—yet. According to the study, small carnivores make up only around 3 percent of the animals found in the trade with African palm civets (Nandinia binotata) making up most of this. The lack of carnivores in the bushmeat trade likely has something to do with cultural norms.

“The Bakota of northeast Gabon, for example, have restrictions against eating carnivore meat,” the scientists write. “While traditional restrictions appear to be fading, the consumption of carnivores remains taboo for many ethnic groups, and in particular for women.”

However the researchers warn that small carnivores may still be heavily targeted for skins, body parts, and as pests, since locals believe many of them to prey on poultry.

“It appears that these species are widespread and not currently threatened, but the proximity of many small carnivores to human settlements and the growing bushmeat trade could potentially impact these populations,” says Fiona Maisels with the Wildlife Conservation Society (WCS). “These new findings will help inform future management.” 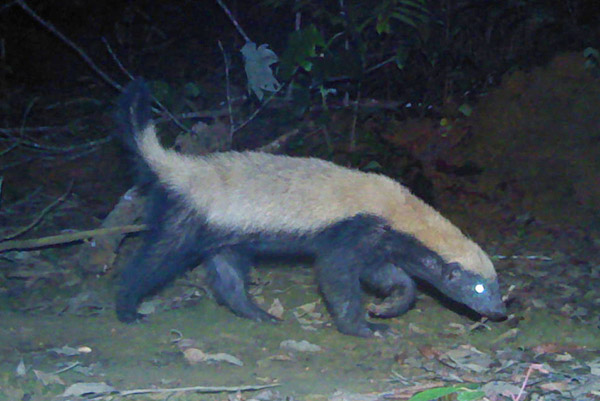 Although found in Gabon, the honey badger is rare and elusive in the country. Photo by: Laila Bahaa-el-din/Panthera. 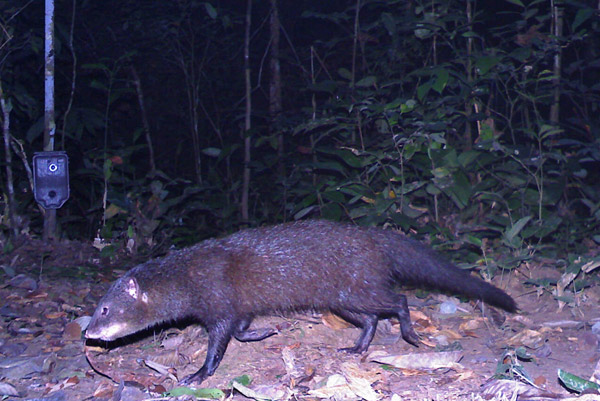 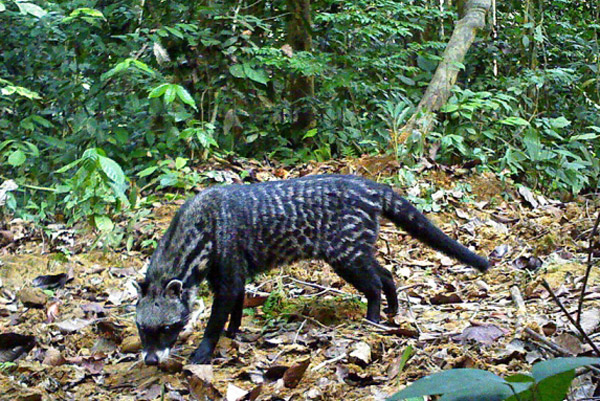 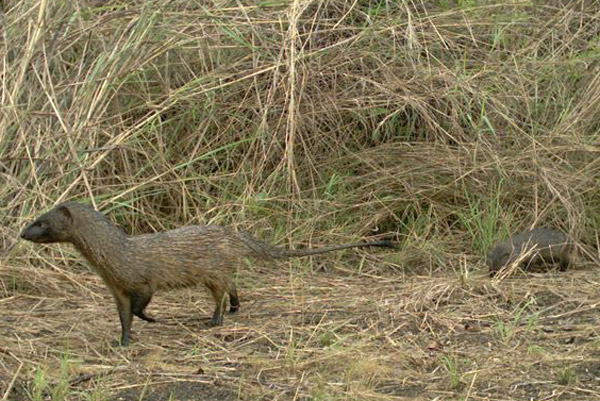 Egyptian mongoose with baby (on the right) in Gabon. Photo by: Torsten Bohm. 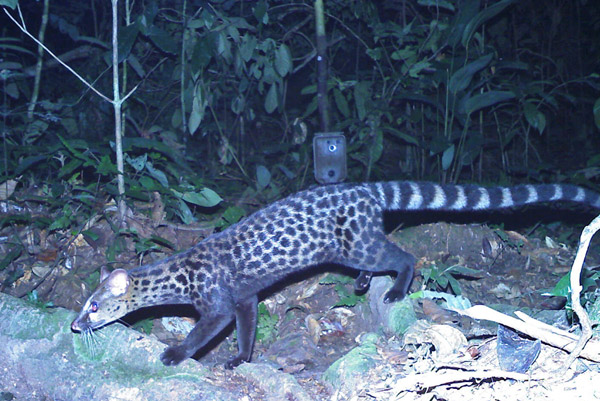 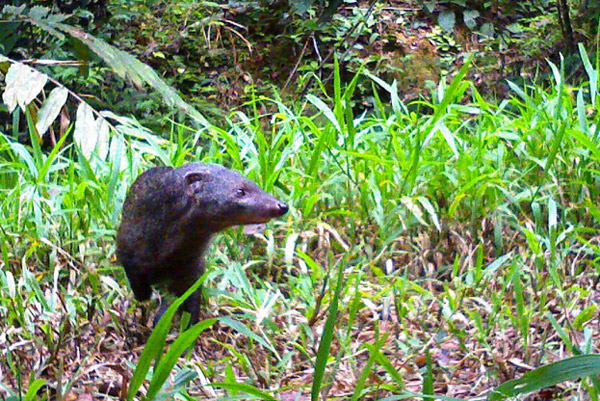 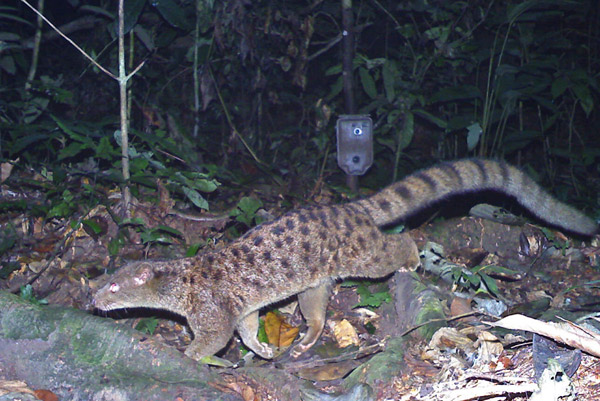 The African palm civet is the most common small carnivore found in bushmeat markets in Gabon. Photo by: Laila Bahaa-el-din/Panthera.

(05/15/2013) An environmental activist in Gabon is facing jail time and a $10,000 fine over his campaign against a Singaporean agroindustrial giant’s plan to develop tens of thousands of hectares in oil palm, timber, and rubber plantations in the Central African nation.