Forests are increasingly limited to steep slopes as mankind continues to clear lowland areas suitable for agriculture and urban areas, finds a new study published in Nature Communications. The trend has significant implications for global biodiversity.

As human societies have expanded, they have been remarkably efficient at transforming Earth’s vegetation, including forests, into expanses of agriculture, tree plantations, cities, and infrastructure. Nearly 50% of the world’s forest land has been lost and another 30% is considered “working” forest in which trees are cut to produce wood, paper, and pulp-based products. The new study, conducted by Brody Sandel and Jens-Christian Svenning of Aarhus University in Denmark, analyzed high-resolution satellite image data to calculate tree cover and compared it to the slope of the underlying terrain, climate, local human activity, and several political and socio-economic factors. The authors found that most tree cover loss has occurred on flat terrain. Remaining forest is gradually becoming restricted to the steeper slopes of hills and mountains.

The reason? Forests on flat terrain are more suitable for industrial agriculture, commercial plantations, and urban expansion. Forests on hillsides are more difficult to access and convert for agriculture.

Countries that are more economically prosperous and politically stable have been particularly effective at clearing lowland forest. While forest on flatter lowland areas has been severely reduced in developed countries for a long time, the researchers detected a recent, accelerated version of the same forest loss pattern in less-developed countries. Tropical forests, particularly in countries with fast-growing economies, are now increasingly limited to steep slopes. 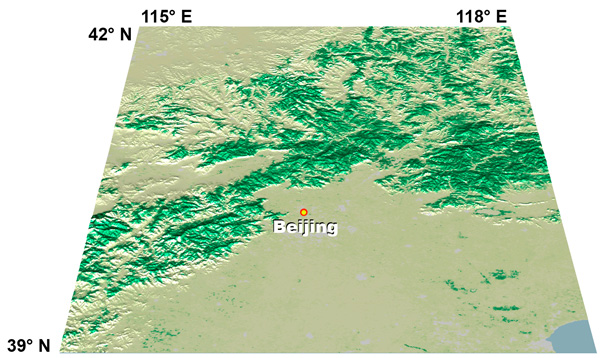 The loss of lowland forests causes concern for several reasons. Soil and climatic conditions are different on steeper slopes, which typically experience more wind and drying than lowland areas and thus have different communities of plants and animals. Slopes and mountaintops are, by nature, relatively small and have proportionately longer perimeter, or edge, than similar areas of continuous lowland forest. Species that specialize on the darker, more humid forest interior habitat thus have fewer options for survival as forest area decreases.

“Small and fragmented forests are subject to more wind impact, more intense sunlight on the forest floor, and more disturbance,” explains the study’s lead author, Brody Sandel. “This results in a hotter and drier microclimate, and will have an impact on species composition in the forests of the future, promoting species that do not require a stable, dense forest environment.”

As Sandel explains, “The remaining forests on slopes are typically divided into smaller areas that are not continuous. For example, fragmentation reduces the availability of interior forest habitat that is preferred by many bird species. There are also a number of large predators, such as big cats like the tiger, which require extensive areas of continuous forest to be able to get enough food or avoid human persecution.”

The net result is that from an ecological standpoint, the persistence of hill forests may not make up for loss of lowland forests. Troublingly for ecologists, the trend is likely to continue as rising population growth and consumption increase pressure to convert accessible flat-terrain forests.

“As the human population increases and land use demands intensify over the next century of the Anthropocene, slopes are likely to become increasingly important refuges for forests,” write the researchers. “On the other hand, threatened species associated with lowland forests… should be at greatest risk in the future.”