David Attenborough: someone who believes in infinite growth is ‘either a madman or an economist’

Sir David Attenborough has said that people living in poorer countries are just as concerned about the environment as those in the developed world, and “exporting environmentalism” isn’t necessarily an “uphill struggle”.

The veteran broadcaster said ideas about protecting the natural world were not unwelcome in less developed nations—but added that wealthier countries should work to improve women’s rights around the world to bring down birth rates and avoid overpopulation.

Speaking at the Royal Geographical Society on Tuesday night at an event organized by conservation group Fauna and Flora International, Sir David, 87, said: “People who live close to the natural world don’t have romantic ideas about it, but they know about its welfare and care about its welfare, and will look after it given the chance.”

He cited a recent trip to an east African conservation centre for endangered turtles, where local people take captured turtles to be rehabilitated and released into the wild, as proof that environmental concerns are not solely the preserve of wealthy nations.

Sir David said one of the biggest threats to the natural world was overpopulation, and improving women’s rights around the world was the only effective way to bring birth rates down.

“I have little doubt that if we have the capacity to limit our birth rate, then we should consider doing that,” he said. “We have a finite environment—the planet. Anyone who thinks that you can have infinite growth in a finite environment is either a madman or an economist.

“Wherever women are literate and have political power, birth rates fall. That means those of us in developed countries should make sure those who don’t have those things get them. That is the one way population growth will slow in a serious way.”

The event marked the 110th anniversary of Fauna and Flora International, which Sir David first joined in 1959. He has been vice-president of the society since 1979. 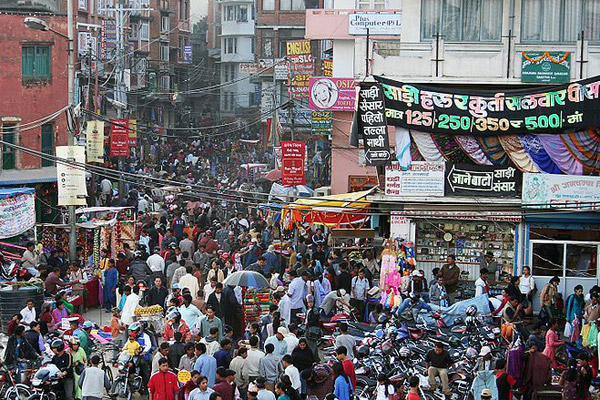 In an interview with broadcaster and writer Libby Purves, he said he now felt it was his responsibility as an expert on the environment to be frank about his views on climate change.

Sir David described the moment he first understood climate change was driven by human activity while attending a lecture in the 1980s.

“The professor produced a series of graphs about the contents and changes in the atmosphere over the last 500 years plotted against the industrial revolution and changes in human population,” he said.

“You simply could not deny that a) the world was changing climatically and b) humans were involved in bringing that change about.”

He took issue with ideas that humans should protect nature simply because it might benefit us – such as the argument we should conserve the rainforest because it might yield a new species that could cure cancer.

“I can see why that’s a good practical reason for saving the rainforest, but it shouldn’t be the fundamental reason,” he said. “We should protect species not because it is affecting us, but because we have the stewardship of the planet. We are the only species that has dominated the planet.

“If you say ‘I will keep this and exterminate that’, I maintain that’s not a morally proper position. We don’t have the right to exterminate nature and manipulate it to that degree.”

Sir David also revealed to the 700-strong audience that he will travel to Borneo in the new year to begin shooting a TV series on the evolution of flight, following on from his recent BBC2 series, Rise of Animals: Triumph of the Vertebrates.

The series, which will take 12 months to produce, will chart the development of flight from its beginnings in insects, through the evolution of birds and ending with bats.

(08/20/2013) Today is Earth Overshoot Day, according to the Global Footprint Network and WWF’s Living Planet Report, which means the seven billion people on Earth have consumed the globe’s renewable resources for the year. In other words for the next 133 days humanity will be accumulating ecological debt by overdrawing on our collective resources.