Construction on Belo Monte, Brazil’s largest dam, was again halted by a federal court due to concerns over its license, reports Amazon Watch, an NGO that is mobilizing opposition to the project.

“Last week the Federal Regional Court of the 1st Region (TRF-1) accepted a request made by public prosecutors of the Federal Public Ministry (MPF) and suspended the installation license (LI- Licença de Instalação) which had authorized the start of construction sites of the Belo Monte Hydroelelctric Dam in 2011,” said Amazon Watch in an emailed statement. “The Court also ruled that BNDES (Brazilian National Development Bank) should not transfer further resources to Norte Energia, the company responsible for construction of the dam complex, before the 40 conditions of the preliminary license (LP-Licença Prévia) are met.”

The 40 conditions include developing infrastructure for health, education and security in cities that will receive thousands of migrants who will come to work on the dam. Norte Energia and the government would also have to remove non-indigenous occupants from the indigenous lands in the region, according to Amazon Watch. 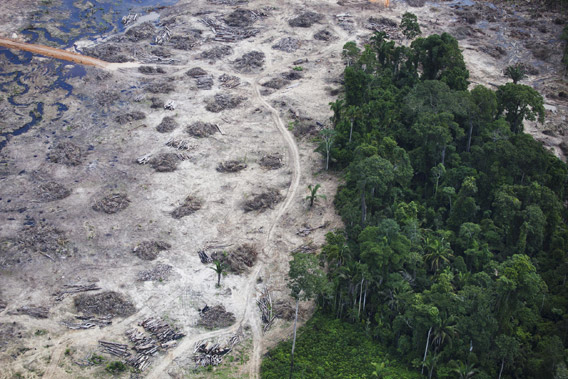 Construction of the Belo Monte Dam project, near Altamira. Photo by © Greenpeace/Daniel Beltra..

The conditions were supposed to have been met before construction moved beyond the preliminary phase of the project.

“In January of 2011 IBAMA [Brazil’s Environmental Agency] granted a partial installation license (LI-Licença de Instalação) that permitted the start of construction solely for the construction sites,” explained Amazon Watch. “The court action by the MPF was filed against this partial installation license, because it had been given without consideration of the constraints issued by IBAMA, considered indispensable prior to the start of any construction.” 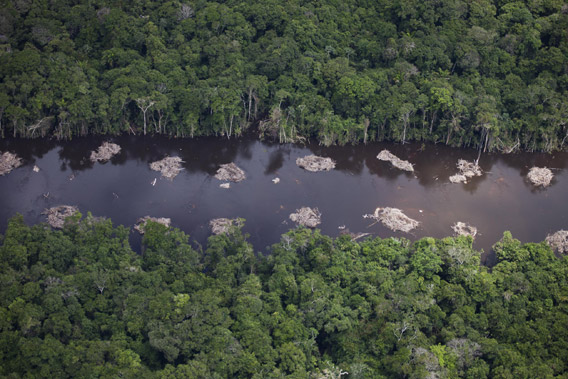 The suspension isn’t the first time Belo Monte has been halted by a court. But in each previous instance, the order was quickly overruled or suspended.

Human rights groups and environmentalists remain staunchly opposed to Belo Monte, which will flood tens of thousands of hectares of land and require diversion of about 80 percent of one of the Amazon River’s mightiest tributaries. Critics fear the project will spur increased deforestation in the region and necessitate a series of upstream dams, amplifying the impact of the scheme.